A world AIDS conference has opened in Amsterdam to discuss educating and treating those populations most at risk from the condition. Experts have warned that new HIV infections have surged in some parts of the world. 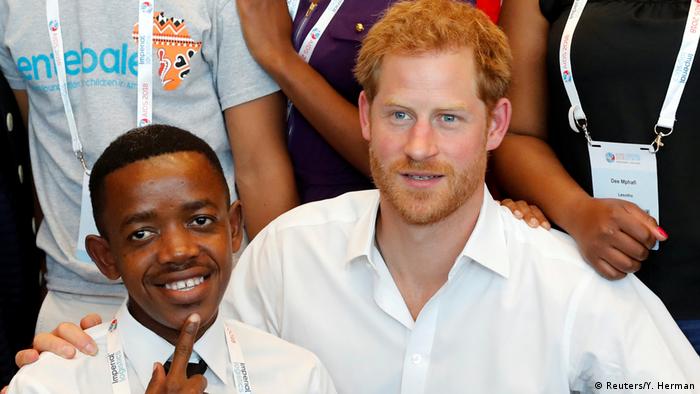 The 22nd International AIDS Conference began on Monday in the Dutch capital, Amsterdam.

The four-day conference brings together the world’s AIDS experts to present new research findings, promote prevention methods to fight the spread of the disease and galvanize political commitment to the goal of ending AIDS.

Among the notable celebrities in attendance are Britain's Prince Harry (top photo, r), who co-founded the Sentebale charity. The organization provides helps to young people affected by HIV in the African nations Lesotho and Botswana.

Also present at the conference will be Dutch Princess Mabel, former US President Bill Clinton, singer Elton John, Hollywood actress Charlize Theron and Eurovision winner Conchita Wurst, who recently revealed that she was living with HIV.

Speaking at the opening ceremony, Wurst said it was "time to talk about AIDS the way we talk about any other illness to end the cruel stigma and discrimination" that comes with the disease.

Fear of a looming AIDS crisis

Organizers and thousands of delegates attending the conference, from researchers and activists to regular people living with HIV, warn of a "dangerous complacency" that could lead to an unstoppable resurgence of the deadly disease.

Experts have warned that while the overall number of new HIV infections worldwide are down, the infection rate has surged in 50 countries, especially in eastern Europe and Asia.

"In eastern Europe and central Asia new infections have increased 30 percent since 2010,"  International AIDS Society (IAS) president Linda-Gail Bekker said. "This conference, we hope... will also shine a spotlight on these regions, the only regions in the world where HIV is rapidly increasing, in large part related to injecting drug use." she added.

For these hard-hit countries, a rising rate of new infections, coupled with a large young population, could spell "a crisis of epic proportions," Mark Dybul, a veteran American AIDS researcher and diplomat told a pre-conference meeting on Sunday.

One of the reasons for the surging infection rate is the staggering drop in donor and domestic funding, AIDS experts have said. Most of the funding comes from the domestic budgets of nations with the heaviest AIDS burden.

According to UNAIDS, the current funding gap is almost $7 billion (about €6 billion) per year and Dybul warns that sinking revenues represent a trend that is likely continue.

"Bad things will happen if we don't have more money," Dybul said.

The United States is currently the largest provider of global AIDS response aid, but Donald Trump's administration is proposing massive cuts to the US budget, making it uncertain that this vital contribution will continue at its current level.

Since the early 1980s, the HIV virus has infected nearly 80 million people and left more than 35 million dead. Today, some 37 million people around the world live with HIV, a majority of them in African countries.

Last year, aproximately 1.8 million people become infected with the HIV virus world wide and data show that the infection rate is rising in about 50 countries, while it has more than doubled in eastern Europe and central Asia.