HIV self test: 'Get yourself tested, live better, live longer'

A drop of blood, a single test strip, and 15 to 20 minutes later, a result. The HIV self test will add a critical component to Germany's sexual health arsenal. But it isn't for the morning after. 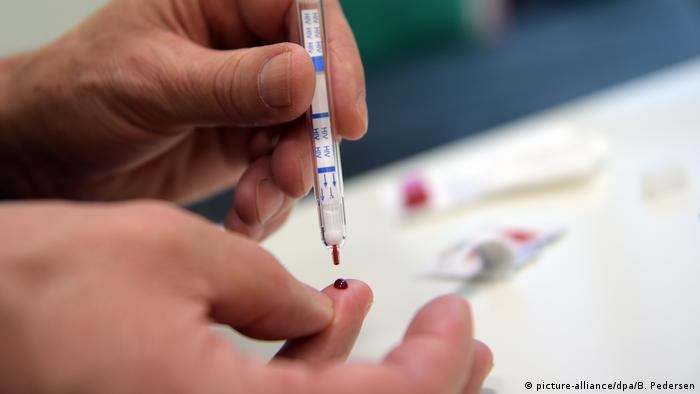 In Germany, the HIV self test, which just passed inspection in a large-scale study, will be available in pharmacies this year.

Anyone concerned they've contracted the disease will then be able to check, in the privacy of their own home, whether or not they're infected.

"The HIV self test is a simple and safe procedure," says Norbert Brockmeyer, Head of the Center for Sexual Health and Medicine (WIR) in Bochum, Germany.

Approximately 13,000 people in Germany don't know that they're HIV-positive. Not knowing their condition not only puts their own health at risk – they also risk transmitting the virus to others, who can become infected through sexual contact.

Nowadays, people who are treated can live better and longer – just as long, in fact, as non-HIV-infected individuals.

Nevertheless, many people still shy away from taking an HIV-test at the doctor's office or at an STD clinic. The main reason: They're ashamed or afraid the result might be positive. 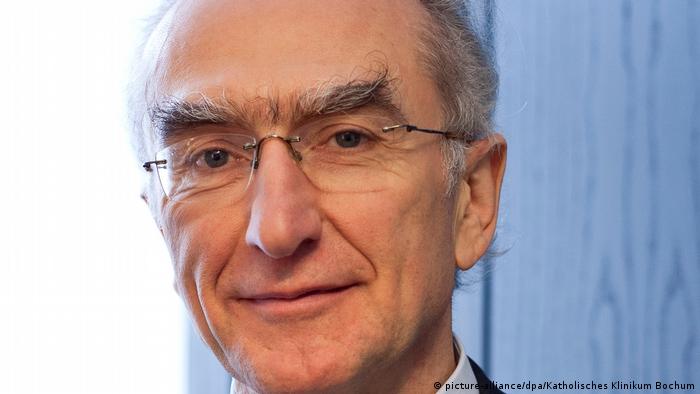 Norbert Brockmeyer is the Head of the Center for Sexual Health and Medicine in Bochum, Germany

Second test is a must

The HIV self test is just as reliable as the test you take at the doctor's or at a hospital, says Brockmeyer.

"Overall, the analyses are very reliable. But just as with other tests, there can be false-positive results. Every test has a certain error rate. This means that it isn't one hundred percent certain that someone with a positive result is actually HIV-positive."

With the help of a different system, a second test can bring clarity into the situation and should always be carried out, Brockmeyer says. This can be done at the doctor's practice, at the public health department or at AIDS relief services.

People who regularly have high-risk sexual intercourse should be tested frequently and will be able to test themselves very soon. But a period of time does first have to elapse between the sexual activity and the HIV test.

"It is important to know that you can't take the HIV self test one day after sexual intercourse, get a negative result and think all is well," Brockmeyer warns. In total, six weeks have to pass before taking the test.

All in all, the expert sees the approval of the HIV self test as a milestone for sexual health.

By 2020, the World Health Organization hopes to achieve a few goals to further reduce the number of HIV infections around the world. First, 90 percent of HIV-positive individuals should be aware of their infection.

"We haven't quite reached that goal in Germany, but we're getting there," says Brockmeyer. "We are very close to reaching this goal."

Of the 90 percent who know of their infection, 90 of those should then undergo treatment. Of those, 90 percent should then see their viral loads drop below the virus detection limit. At that point, those people will no longer be infectious to others.

"In Germany, we're actually over 90 percent – we're at about 93 to 94 percent of people that are being treated," Brockmeyer says. "In our Center for Sexual Health and Medicine we've even reached 97 percent."

He sees the self test as a great opportunity to reach the WHO's goals. 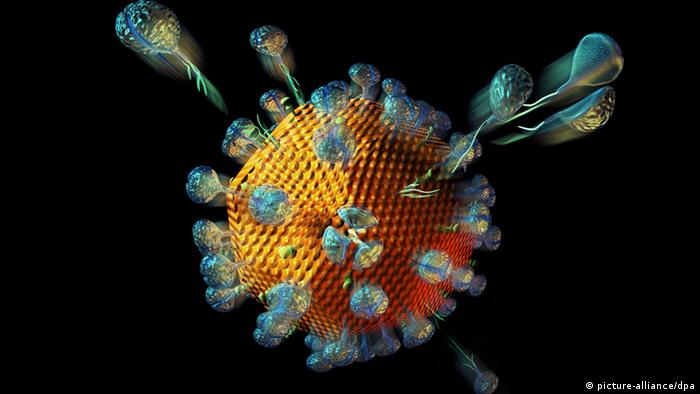 The earlier an infection with the human immunodeficiency virus (HIV) is diagnosed, the more successful the treatment

"Many individuals will go to the doctor and be treated after a positive self test. We can only win," he says. "I believe that through the discussion surrounding the test, we can raise awareness amongst the public. It's a chance to lower the HIV infection rate. We can reach people who are HIV positive and can treat them accordingly."

The new test should be an incentive for anyone worried about an infection.

His appeal: "Get yourself tested, live better, live longer."

AIDS expert Brockmeyer: "We have to take prevention much more seriously"

By 2030 the AIDS epidemic should be overcome – that's the goal of the United Nations. Already today 15 million patients have access to anti-retroviral drugs, which is something to celebrate on this World AIDS Day. (01.12.2017)

AIDS counseling for refugees in Germany: Let's talk about sex!

Center for Sexual Health and Medicine in Bochum, Germany