Singer Conchita Wurst recently admitted to having been infected with HIV for years. Ulrich Heide, managing director of the German AIDS Foundation, told DW how people infected with the virus live with their condition. 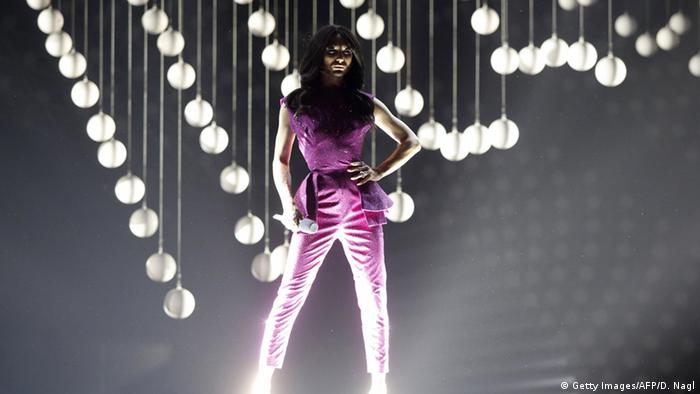 After Austrian singer Conchita Wurst was threatened by a former partner with blackmail, the Eurovision winner revealed her status as a carrier of the HIV virus. As Wurst drew praise for the decision to go public, DW spoke with Ulrich Heide, Director of the German AIDS Foundation.

DW: Mr. Heide, to what extent does famous HIV-infected people going public with their status help to reduce discrimination and marginalization of people with HIV and AIDS?

Ulrich Heide: People are still afraid of discrimination, although an HIV infection isn't what it once was. Living conditions for those who have been infected have especially improved. In the 1980s, revelations by internationally-renowned artists like Freddie Mercury, Rock Hudson and Keith Haring helped raise public awareness and increase solidarity.

Has the acceptance of infected people improved in your view? 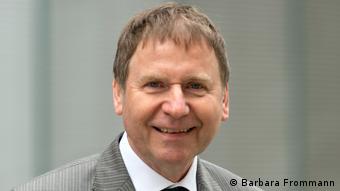 Yes, especially now given that AIDS is seen as a treatable disease, even though there is still no cure. Roughly 90,000 HIV-infected people now live in Germany – three times as many as in the 80s and 90s. The difference is that, as treatment has become available, they can live longer with the condition. As long as testing is done and the infection is diagnosed at an early stage, people have a good chance of living symptom-free for a long time.

What about public acceptance?

What killed those who were infected after the disease was first discovered wasn't really the disease as such, but opportunistic infections that resulted from the impairment of the immune system. In the 80s, most patients died from the Kaposi sarcoma, a cancer of the skin, which caused dark spots and led to the stigmatization of those infected. Thanks to successful therapies, that has changed quite a bit and the disease has become less visible to the public. At the same time, we are now aware that everyday social contact with infected people is not increasing risk of infection.

Thomas Neuwirth, the given name of the character Conchita Wurst, recently revealed that he has been infected for years, but that, nevertheless, he remains in good health. How would you assess the conditions of those living with the infection?

Medications used in the mid-90s to treat the infection certainly had more severe side effects than those that are available now. But of course, we can only know the short-term experience – those from around five or ten years. That makes it hard to say what possible side effects will arise 40 years down the road. Some experts claim they can guarantee an almost normal life expectancy. I hope this will turn out to be true. But as we still don't have long-term implimentation of these drugs, I have some doubts. 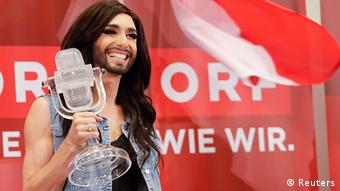 Are we already aware of some of the side effects in those medications currently in use?

People who have been treated for a long time tend to be affected by the classical symptoms of aging, including cardiovascular disease and osteoporosis, at a much earlier time than those people who have not been infected by HIV. It looks as though the virus itself, as well as the medicines used pose a challenge to the body.

Neuwirth wrote on Instagram that he was permanently below the detectable limits of the virus, and was therefore not able to infect other people.

We're now talking about a treatable chronic disease. As long as the virus in the blood of infected people is kept below the detection limit via the use of drugs, it's almost impossible for them to pass on the virus. But as there's never an abolute certainty in medicine, I wouldn't say that infection can be ruled out 100%. If a pregnant woman were to receive a combined therapy at an early stage that keeps the virus below the detection limit, it's highly unlikely that she will pass on the virus to her unborn child.

Given the progress made in treatment, do you see a danger in people becoming less careful about prevention?

One cannot deny the success of the therapies. But experts see a dangerous pitfall in prevention strategies with two sides to the same coin: they don't work in the long-term if fear is brought into play but careful behavior is not exactly being promoted if people are not made afraid of being infected. And some infected people do have problems with the drugs on a physical and psychological level. To put it very clearly: not being infected is still certainly a much better option than being treated.

WHO marks 70th anniversary and World Health Day amid some optimism

Despite concerns such as those about pollution-related disease, it's not all doom and gloom when it comes to world health. On World Health Day, DW takes a look at some of the advances that have been achieved so far. (07.04.2018)

Researchers at Stanford have created a hassle-free HIV test. The new test will enable health officials to screen large numbers of people and stem possible outbreaks of the virus. (22.01.2018)

AIDS counseling for refugees in Germany: Let's talk about sex!