Like many of his recent works, the Chinese artist and activist's latest monumental installation deals with refugees. His largest installation yet is now on show at a new exhibition at the National Gallery in Prague. 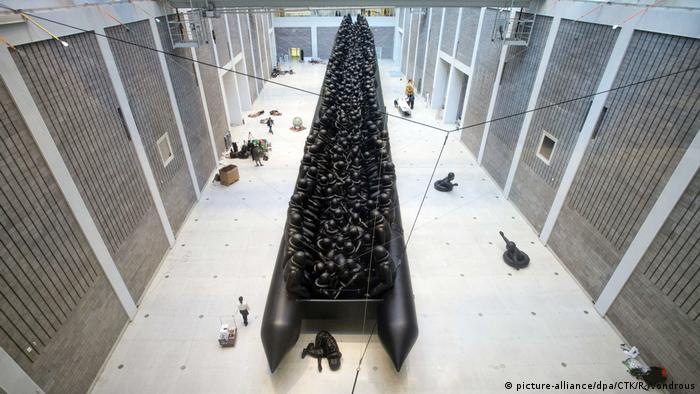 The National Gallery in Prague opened "Law of the Journey" on Wednesday, the first solo exhibition of the Chinese dissident artist Ai Weiwei in the Czech Republic.

The show, which will run through January 7, 2018, includes the artist's latest work, also called "Law of the Journey." His largest installation to date, it is a 70-meter-long (230-foot-long) inflatable boat with 258 oversized faceless refugee figures.

The museum describes the exhibition as a "Multi-layered, epic statement on the human condition: an artist's expression of empathy and moral concern in the face of continuous, uncontrolled destruction and carnage."

The location of the exhibition also holds its own dark historical charge: During World War II, the building of the National Gallery in Prague served as an assembly point for Jews before their deportation to the concentration camp in Terezín in 1939-1941. 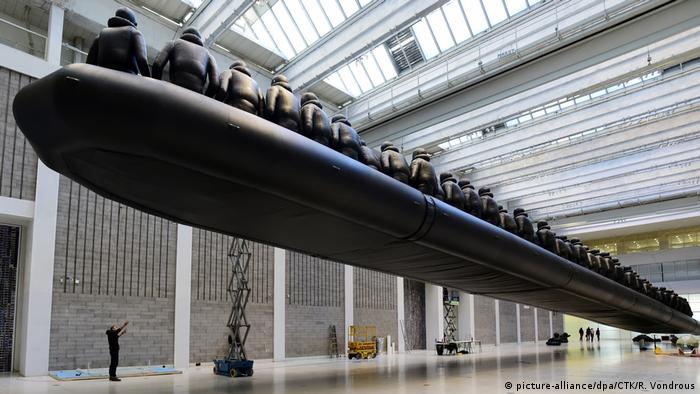 Ai has recently staged many large-scale installations inspired by the fate of migrants, covering, for example, the columns of Berlin's Konzerthaus with 14,000 orange life jackets from Lesbos.

He also spent the last year visiting some 40 refugee camps and crossing points such as the US-Mexican and Turkish-Syrian borders, filming a documentary called "Human Flow" that will premiere in the summer of 2017.

"There's no refugee crisis, but only human crisis… In dealing with refugees we've lost our very basic values," Ai said in the Prague exhibition's presentation.

The Chinese artist is currently based in Berlin and also has a studio in Beijing.