Russia halted plans to deploy Iskander missiles in Kaliningrad, citing a shift in US policy on missile defense with US President Barack Obama, a top military official said on Wednesday.

"Russia doesn't need the Iskander missiles if there won't be any US missile defense elements in eastern Europe," Russian news agency Interfax cited the unnamed official in Russia's military general staff as saying.

"The realization of these plans has been suspended in connection with the fact that that the new US administration is not forging ahead with plans to deploy US missile defense elements in Poland and the Czech Republic," he said.

Obama spoke with Russian President Dmitry Medvedev by telephone on Monday, and the two men agreed to stop the "drift" in their countries' relations, the White House said on Tuesday. 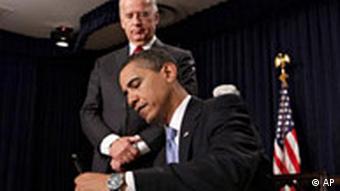 Medvedev had said in November that he was ordering the deployment of the Iskander missiles systems to Russia's European exclave of Kaliningrad in response to a proposed US missile shield in Europe.

Under the Bush administration, Washington said the defense shield was needed to protect against strikes from rogue states such as Iran, but Moscow viewed the planned bases in eastern Europe as a threat to its deterrent.

While former US President George W. Bush was in office, disagreement over the shield and a host of other security issues caused Russia's diplomatic ties with the US to fall to their most sensitive level since the Cold War.

But Russian officials have voiced hope of better relations with Obama's team. 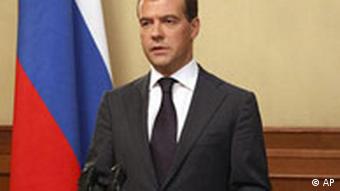 "We are ready for any succession of events, but we hope that there will be a window of opportunity to restart our relations," Russian Foreign Minister Sergei Lavrov said in televised comments on Wednesday.

"Statements by representatives of the new US administration allow to us to hope that they will be more ready to engage in joint analytical work, in contrast with the previous administration," he said.

Ahead of Obama's inauguration, a nominee for a top Pentagon post said that the missile defense shield would be reviewed along with other policy matters.

The Pentagon said it successfully intercepted a long-range missile target Friday, Dec. 5 in a simulated attack to test the defense system it wants to expand in Eastern Europe to counter attacks from North Korea or Iran. (06.12.2008)