After the War Comes Cancer

Information collected for a German project investigating the use of uranium-charged ammunition in Iraq shows that when Iraqi women fear for their children's health, it is with good reason. 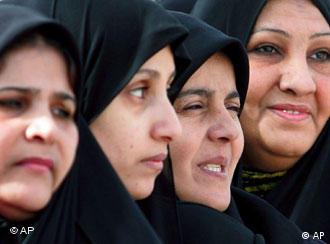 After two wars where oil wells were torched, chemical factories bombed and radioactive ammunition fired, the first thing Iraqi women ask when giving birth is not if it is a boy or a girl, but if it is normal or deformed. The number of cancer cases and children born with deformities has skyrocketed after the two Gulf Wars.

"Since 1991 the number of children born with birth deformities has quadrupled," said Dr. Janan Hassan, who runs a children's clinic at a hospital in Basra in southern Iraq. "The same is the case for the number of children under 15 who are diagnosed with cancer. Mostly, it is leukemia. Almost 80 percent of the children die because we neither have medicine nor the possibility to give them chemotherapy."

Doctors have also recorded an extreme rise in cancer cases among adults. "In 2004 we diagnosed 25 percent more cancer cases than the year before and the mortality rate increased eight-fold between 1988 and 1991," said Dr. Jawad al-Ali of the Sadr Hospital in Basra.

Hassan and al-Ali are two of 15 Iraqi specialists who have joined forces with German scientists in a project to research diseases provoked by acts of war, financed by the German Academic Exchange Service. 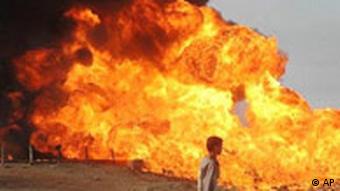 In Iraq, burning oil wells, bombed chemical factories, demolished production sites for chemical weapons and even the use of radioactive ammunition are just a few of the things which may have triggered diseases there.

"As epidemiologists, we are quite sure that other diseases than cancer and birth deformities also have to be considered," said project leader Wolfgang Hoffmann from the University of Greifswald.

The scientists involved in the project met through the International Physicians for the Prevention of Nuclear War (IPPNW). All have a special interest in the consequences of using depleted-uranium (DU) ammunition, the German project's main focus. 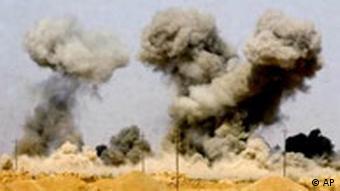 In the two US-led wars on Iraq, missile warheads containing the depleted uranium-238 were used. While it is only lightly radioactive, it is an extremely tough waste-product to contain because the uranium pulverizes and contaminates the whole surrounding area with radioactivity at the moment of the explosion.

"Naturally, the nations leading the war refuse to acknowldege that this type of uranium can be harmful. But as an epidemiologist, I have to say that every bit of radiation can give rise to cancer. It's just a question if what was fired in this case led to an increase in the number of cancer cases," said Professor Eberhard Greiser from the University of Bremen.

As with many of the questions arising from the project so far, there is no definite answer. But al-Ali tried to give a partial answer.

"In Basra in 1991, the Americans and the British dropped at least 300 tons of this kind of ammunition in one battle. That was the battle where they destroyed all the tanks of the then Republican Army. After the war, the population was urged to gather all weapons and sell them to the government. Also if people had guns or bazookas or whatever they found in the desert, they were told to bring it with them," he said. 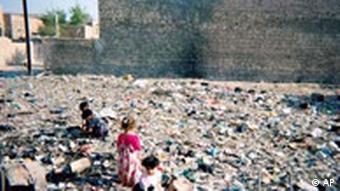 According to al-Ali's calculations, approximately 750,000 people in Basra and the surrounding areas were exposed to radiation as a result.

The doctors say the connection between the contamination of hundred of thousands of people on one side and the rising number of cancer cases on the other is beyond doubt, but proving it is not easy.

"To prove it, we would have to demonstrate that there was uranium 238 on the patients' clothes or in their body fluid. And besides, cancer is a multi-causal disease. How would we be able to give 100 percent proof?" al-Ali asked.

Despite the resigned attitudes among many of her colleagues, Hassan firmly believes that the radioactive missiles used by the Americans and the British are responsible for the increased incidence of cancer in Iraq since the early 1990s. She hopes a future independent Iraqi government will seek compensation from Washington and London. "We have to demand it. That is the price of the war," she said.

German authorities have confirmed reports that Bundeswehr soldiers could have been exposed to radioactivity from a type of paint formerly used on military equipment. (June 25, 2004)

Bush, Schröder Say Past is Past

During bilateral talks in Mainz, Schröder said Germany's disputes with the United States over Iraq were in the past. The two leaders found common ground even on divisive issues such as Iran and global warming. (Feb. 24, 2005)

A New Generation of Chernobyl Victims

16 years ago an explosion at the Chernobyl nuclear plant killed 31 people and sent a thick cloud of radiation across much of Europe. Today, the skies are clear, but the fight against radiation sickness is far from over. (April 26, 2002)