After the attacks, back to business for Charlie Hebdo | Europe| News and current affairs from around the continent | DW | 24.02.2015

After the attacks, back to business for Charlie Hebdo

"Charlie Hebdo" is back to business. That is, if a jihadist dog, an enraged pope and animal caricatures of Marine Le Pen and Nicolas Sarkozy can be considered business as usual. Elizabeth Bryant reports from Paris. 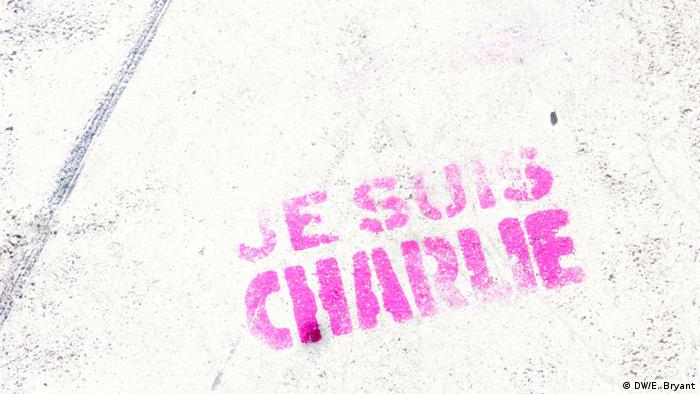 "We're back!" proclaims France's satirical and indomitable weekly on the cover of its latest edition, due to hit the newsstands on Wednesday. And in some ways, Charlie Hebdo is not only back, but stronger than ever, six weeks after the terrorist attack at its Paris office that killed a dozen people.

"For this issue, we're starting over," Charlie Hebdo columnist Patrick Pelloux said in a television interview. After the funerals, and the loss of colleagues, "the newspaper, just like newspaper, must continue because life goes on," he added, "the news continues."

The newspaper is planning a print run of 2.5 million copies for its latest edition, far fewer than the eight million printed for its post-attack issue of January 14. In France, many lined up before dawn to buy a "survivors" copy. But in Muslim countries, its cover featuring a tearful Prophet Mohammed sparked sometimes deadly protests.

The latest Charlie cover skewers a more varied cast of characters. "It has an aspect that is a bit joyous, a bit innocent," cartoonist Renald "Luz" Luzier, who drew it, told France Info radio Tuesday. "… And it's also a way not to obsess with what we have lived through." 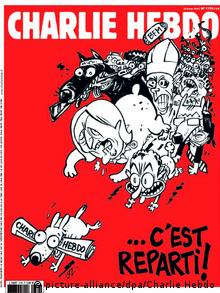 "Here we go again!" reads the cover of the new edition of Charlie Hebdo

Luz escaped the January 7 attacks only because he arrived to work late. Five of his fellow cartoonists were not so lucky. Among those gunned down by Jihadists brothers Cherif and Said Kouachi were Charlie Hebdo's editorial director, Stephane "Charb" Charbonnier, the bon-vivant Georges Wolinski and Jean Cabut, better known by his pen name, "Cabu." Other staff and two policeman also died in the attacks.

Two new cartoonists will be featured in the latest edition, which will deal with a mixed menu of news, Charlie Hebdo staff say. Among the subjects: an interview with Greece's new finance minister Yanis Varoufakis, the latest trial of disgraced former International Monetary Fund chief Dominique Strauss Kahn and, not surprisingly, the terrorist attack earlier this month in Copenhagen.

"Life is picking back up," editor Laurent Sourisseau, better known as "Riss," told Le Monde newspaper, who said the new edition tackled "all the things and people who annoy us."

Delphine Halgand, US director of Reporters Without Borders, applauds the return of a resurgent and defiant Charlie. 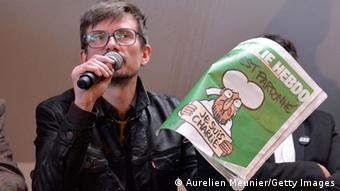 "I think the Charlie Hebdo team - as all of us - have the responsibility to continue this provocative fight, this humoristic fight for freedom of information," she told DW. "Terrorists can kill journalists, but they cannot kill our freedom."

Ironically, the attacks have in some ways buoyed Charlie Hebdo. Like much of the rest of the newspaper industry, the weekly has struggled with mounting debts and a plummeting readership that averaged 60,000 or so.

The outpouring of support following the January shootings has boosted its bottom line. Today, its subscription base has surged to 240,000, from less than 10,000 at the start of the year.

"The economic crisis of traditional media and professional journalists is a huge threat to independent and free information," said Halgand, whose organization recently published a grim Press Freedom Index showing a surging number of killings and kidnappings of journalists in 2014. "It's a very complex threat, perhaps more so than a journalist in jail."

Indeed, even Charlie Hebdo faces an uncertain future, despite its new financial buffer. For the moment, its staff are still camped out in the offices of France's leftist Liberation newspaper, as the newspaper searches for a new home. 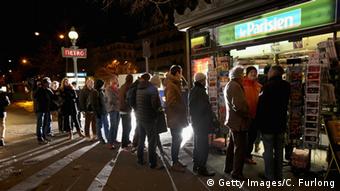 At the Place de la Republique in downtown Paris, people still lay flowers and pause to read scrawled inscriptions at a makeshift memorial for January's victims. But - in another sign of returning normality - the site has already been vandalized several times, according to the group that created the shrine.

The French are also more skeptical about this latest Charlie issue. "Bravo!" tweeted one Charlie Hebdo supporter after the announcement of the new cover. But the news left others underwhelmed. "Never will I buy that rag!" another respondent tweeted.

Indifference may be Charlie Hebdo's biggest threat. Parisian Olivier Schwendemann bought last month's 'survivors' edition' "out of solidarity for the victims," he said. "And to tell the terrorists we won't give up."

Asked if he will buy the latest issue, he paused. "I hadn't thought about it," he said. "I don't think so."

'Fool Freedoms' under scrutiny at this year's carnival parades

Carnival is all about provoking those in power and those making headlines. But this year, German carnivals are tiptoeing around the Charlie Hebdo massacre, claiming sensitivity to religion - and that satire has limits. (16.02.2015)

Soldiers bearing assault rifles make for a jarring reminder that France has declared war on extremists. Nearly a month after the shootings at Charlie Hebdo magazine, DW correspondent Elizabeth Bryant reports from Paris. (06.02.2015)

French satirical magazine Charlie Hebdo won't be appearing on newsstands for several weeks. The survivors of a deadly massacre on the publication say they're taking a rest, but they'll be back. (02.02.2015)