Afrobeats finally gets its groove on

Afrobeats music has taken the world by storm. Hit after hit featuring African artists has been trending on charts across the globe. But why now? 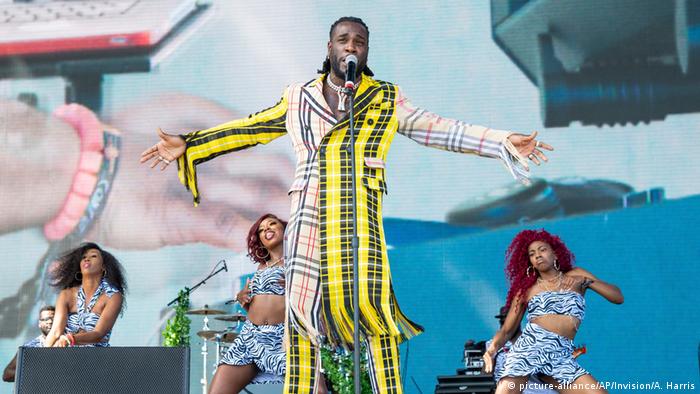 "Time is of the essence," Nigerian singer Tems croons on Afrobeats star Wizkid's 2021 summer hit,"Essence". Viewed over 67 million times on YouTube, and millions more times when counting remixes on TikTok and Instagram, "Essence" was a pandemic summer hit.

Not long ago, this kind of global success for an Afrobeats song would have raised eyebrows. But the truth is: The Afrobeats genre broadly — and specifically the Nigerian music industry — has in recent years produced hit after hit.

Be they longing melodies such as "Essence", Burna Boy's heady beats, Yemi Alade's Afropolitan tones, Wizkid's party-starter "Joro" or Davido's jovial "Fall," these tracks have woken a sleeping giant. A Nigerian treasure trove of musical talent and creativity is pumping across dance floors from Lagos to Los Angeles.

The rise to global prominence of Afrobeats seems to have coincided with the pandemic. Indeed, hit after hit and collaborations with big-name international acts, from Justin Bieber to Beyonce to Ed Sheeran, are among recent successes. But the reality is different, the Lagos-based veteran producer and musician Ade Bantu told DW.

"Nigeria has always been a powerhouse when it comes to music," Bantu said, rattling off a list of household names including King Sunny Ade and Fela Kuti.

To explain the current wave of international prominence that Nigerian artists are enjoying, Bantu pointed to the 2012 success of the Nigerian artist D'Banj. His barrier-breaking, dancefloor-shaking single "Oliver Twist" in the United Kingdom "opened the floodgates."

"Everybody just caught the Nigerian bug. And then you have this massive Nigerian diaspora in the UK, the United States and other hubs around the world," Bantu said. 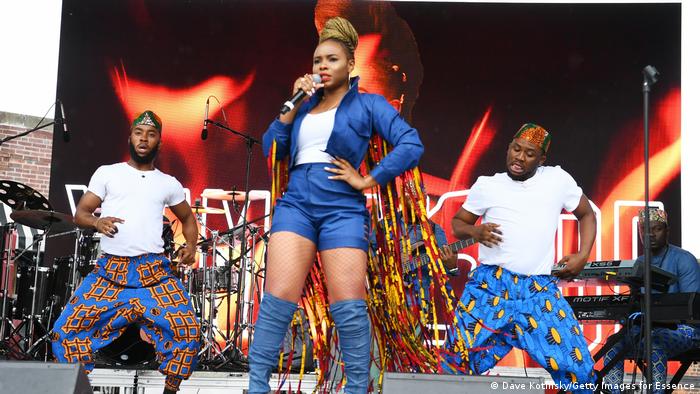 But even the term Afrobeats is blurry. Afrobeats with an 's' differs from the horn-filled Afrobeat music associated with Fela Kuti. The term was only coined in the mid-2000s in London by DJs in the diaspora to market popular music coming out of Nigeria. Before that, the creations of West African artists were often lumped together with other musicians under the term World Music, the arts and culture journalist Bolaji Alonge told DW.

"Afrobeats with an 'S' is a combination of different genres over the decades — from highlife to reggae. Today you have Afrofunk, Afrohouse, Afropolitan music, and all fall under the label Afrobeats," Alonge said.

Afrobeats tracks may lack the political vigor and brass instruments of previous Nigerian offerings, but no one disputes that successful Afrobeats songs are groovy and catchy. Strong percussion rhythms keep the dancefloor bouncing. Audiences don't seem to mind lyrics spoken in local Nigerian pidgin or other regional dialects — even in foreign markets.

Still, would a Wizkid or a Davido have made the same splash 10 years ago? Bantu said no. 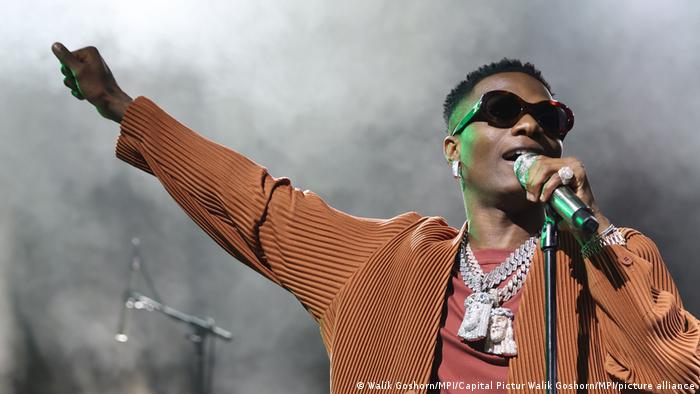 WizKid has gained an international following, with regular performances abroad

"You had predominantly white men dictating taste, especially in one of the biggest markets in the world, the United States. Now, all of a sudden, it's the kids, it's the audience that determines what is hip and what isn't," said Bantu.

The advent of social media and streaming was a game changer for Nigerian artists. Gone are days when individual record companies — both local and foreign — acted as gatekeepers to Afrobeats stardom. With local and foreign streaming services, including Spotify and Apple Music, recently expanding operations in Africa, artists and DJs can tap into other markets.

Alonge said the power of the internet had been a catalyst: Instagram, TikTok and other platforms have provided more access to Afrobeats than ever before. 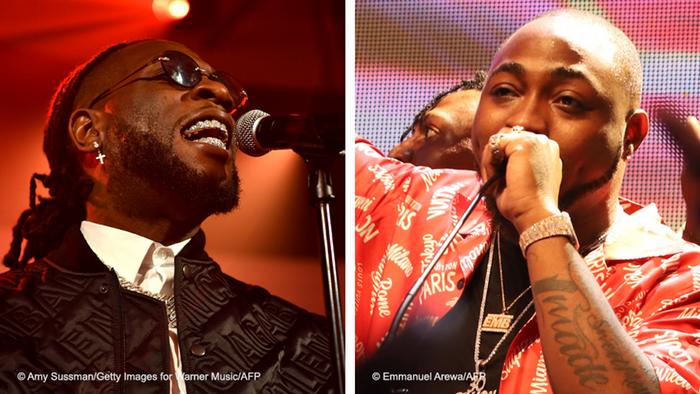 "These Nigerian kids, they have the skills to do everything themselves. They do their music videos, they know how to put it on radio, they put it on the internet. I mean, these kids were shooting music videos that were on par with what they were watching on MTV!"

Bantu foresees a bright future. Urban African artists "are way more skilled when it comes to adapting to challenges" than their counterparts elsewhere, he said. 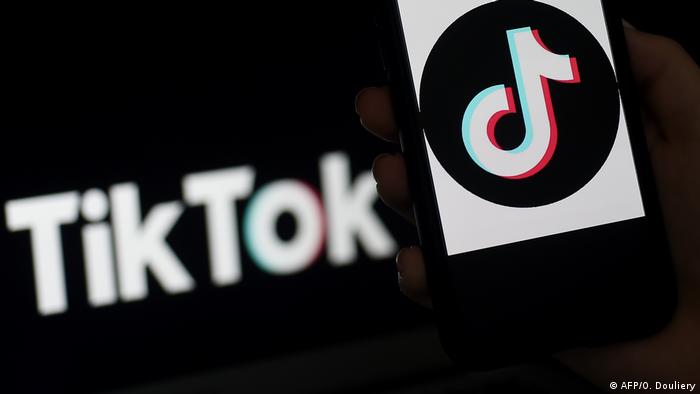 DJ EnoB works the decks in Lagos for a living, and he plays Afrobeats "90% of the time." The genre's rise has increased his workload, but added a whole lot competition.

"If you want to differentiate yourself, you have to go just beyond playing Afrobeat. So you may look for some related genres like Amapiano or change in your style of your mixing," he told DW, referring to South Africa's house-derived beats.

DJ EnoB believes that access to global markets through streaming services has made the Nigerian music business more competitive and in some ways fairer. 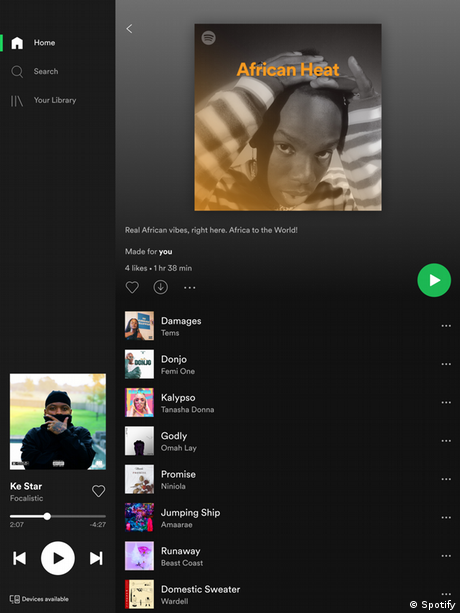 Streaming services have opened doors for many African artists

"It's more profitable now," DJ EnoB said. "Before, the market was plagued with piracy, so an artist could make a song, and everyone would play his song, but he'd not make money from his music. But now, on streaming platforms, anybody from Mauritania to Greece can listen to an Afrobeats artist."

He believes that streaming has given hope to every artist.

The market data company Statista projects that the Nigerian music industry could rake in about $44 million (€39 million) by 2023. At the same time, music streaming revenue in Africa is expected to reach $287 million in 2022 and $484 million by 2026.

But it's not all smooth sailing. Producer Ade Bantu explained that becoming the next Wizkid is a "very expensive affair." The stiff competition sees many young wannabe celebrity musicians resorting to commercial endorsement deals so they can make music videos and get their music heard.

Alonge said streaming had not "leveled the playing field."

"The industry has shifted away from the recording companies and the promoters, Now, it is just up to you to achieve something."

Alonge added that just a few artists had managed to gain a big following, though he acknowledges that streaming and social media platforms have helped promote Afrobeats — and not just in Nigeria.

Ugandan musician EeZzy's hit "Tumbiza Sound" came almost from nothing, but followed the success formula of Afrobeats. Holed up in his recording studio during Uganda's seemingly endless pandemic lockdown, he came up with "Tumbiza Sound," a catchy track joyfully bemoaning pandemic restrictions.

One music video and several TikTok remixes later, Tumbiza Sound became Uganda's lockdown anthem. EeZzy's social media numbers exploded, and his sudden rise to fame even brought him into the crosshairs of Ugandan authorities concerned that he was encouraging people to party during the lockdown.

"In the song I was speaking of COVID-19 and basically saying that our hearts grew strong: We are not scared of it anymore," EeZzy said.

From Lagos to the continent: A Pan-Africanist genre

Nigeria's sizable local market has kept the music afloat long enough for the genre to explode internationally. Alonge rejected the idea that Nigeria is a gatekeeper for Afrobeats.

Bantu added the success of Nigerian artists had empowered other African musicians.

"Wherever I go in Africa, I keep seeing that it's a Nigerian sound that is co-opted, that they make it their own role," Bantu said. "And it's very interesting. No one wants to be American anymore."

"I believe that the Nigerian sound is now a pan-African sound that has its difference in tonalities or personalities," he said.

"Time is of the essence," Wizkid and Tems sing in their track "Essence." For fans of the Afrobeats genre, their time seems to be now.