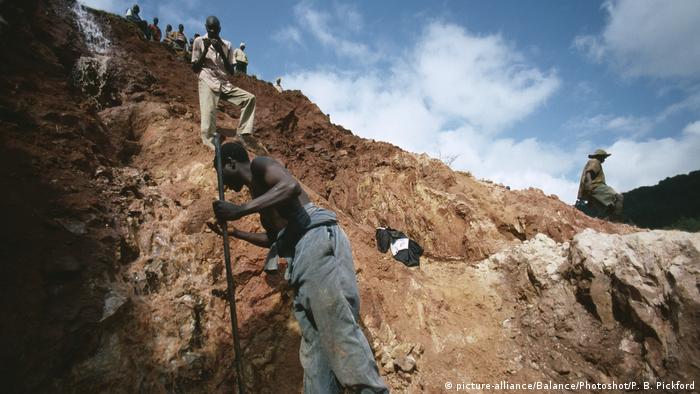 NGOs continue to raise the alarm. African countries are being cheated out of billions in tax revenues — mainly by large foreign companies in the energy and resource sectors, but also increasingly by small and medium-sized enterprises, such as safari organizers in countries such as Kenya, Tanzania, South Africa and even Egypt. According to the Organization for Economic Cooperation and Development (OECD), the annual loses of up to $50 billion (€44 billion) have actually exceeded the amount of development aid given to Africa in the same amount of time. Meanwhile, the United Nations Economic Commission for Africa (UNECA) puts the estimate much higher at $100 billion.

Particularly concerning is the fact that this money remains urgently missing from the affected countries, says Lisa Grossmann of the German-based Netzwerk Steuergerechtigkeit (NWSG), a network of NGO's working to tackle tax evasion and shadow economies worldwide.

"The lack of tax revenue has a negative impact, especially in the poorest countries — starting with non-existent transport infrastructure, missing schools or hospitals and a non-functioning public service," she told DW.

Take East Africa, for example. International companies extract gas, coal or rare earth minerals on a large scale in Tanzania and Mozambique, but they also pay very little in taxes in these countries. In doing so, they rely on subsidiaries in one of the world's many tax havens.

Revelations by the International Consortium of Investigative Journalists (ICIJ) show that companies in Africa use internationally proven methods of tax avoidance. Many of the profits made in Africa are officially hidden away in offshore tax havens, where companies only exist on paper. There are few risks involved with this approach and very little bureaucratic effort is put in towards addressing the problem. The authorities in tax havens rarely ask unpleasant questions and, above all, impose minimal or no taxes on the companies' profits. 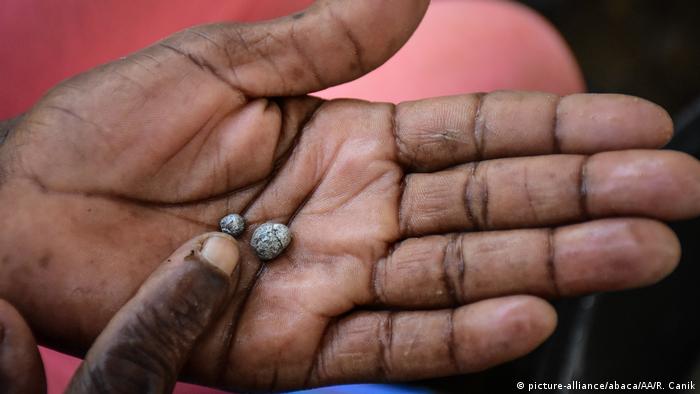 In Mozambique last year, the NGO Centro de Integridade Publica published a study which claimed the country has been unable to properly collect taxes for years. In particular, the large international corporations which profit from Mozambique's oil and gas reserves barely fulfill their tax obligations — largely due to the state's inability to accurately review their activities and balance sheets. As a result, Mozambique lost millions of dollars in revenue. Corruption, mismanagement and weak governance only make matters worse.

Another popular tax avoidance method sees companies spending significantly more on operating costs — such as finding and exploring new deposits of raw minerals — or investing in luxury housing, thus reducing their profits and, in turn, their tax burden.

"When it comes to resources, it's common practice for mining companies to misrepresent their profits, and many of the numbers are invented or falsified just to make sure that their tax obligations are very small," Jörg Wiegratz, a lecturer in political economy at the University of Leeds told DW. The paper trail would be obvious. High ranking government officials in Africa are increasingly being bribed. "The big companies pay them money and in return they are given the protection of the state actor and his authority," says Wiegartz. "Of course there is also corruption among the authorities who should be investigating cases of economic fraud." Limited legal resources also mean that sometimes local middlemen are prosecuted instead of the large corporations. 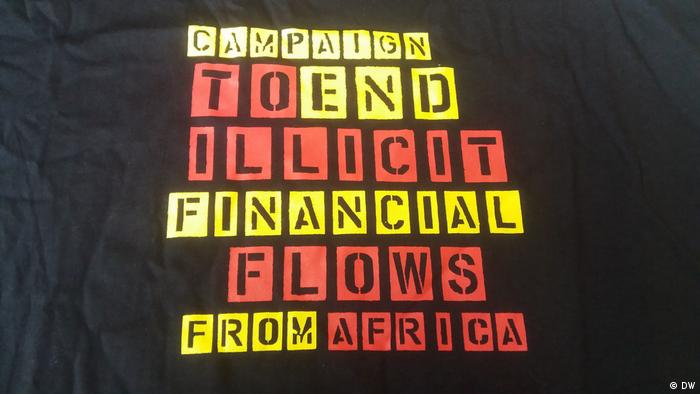 Experts agree that even the existing tax legislation, which works well on an international level, is actually rather detrimental when it comes to global tax justice. Companies are not yet obligated to outline where they generate their profits and where they pay taxes in each country. Aside from a few scandals which have come to light in recent years, multinational corporations can easily hide their profits away from the public eye, so that tax revenues can be bounced around between rich and poor countries. 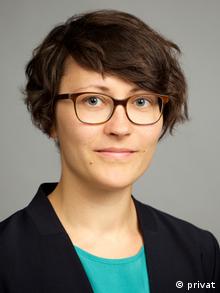 "This can change," says Grossmann. The main requirement of the NWSG network is that multinational corporations must be transparent about where they are economically active and where they generate their profits so that they will ultimately be obliged to also pay their taxes in those countries.

"No one can dispute the fact that Apple has significant economic activity in Bermuda," says Grossmann. "Just as some European corporations report their profits in the Netherlands or Luxembourg, even though they aren't economically active in these countries."

Grossmann says long-term solutions are being considered. "One solution could be to treat the group with its many subsidiaries and branch offices as a single company under tax law," she says. "That single company's big tax payments could then be split among the countries where the company is active." This way, one can determine how many employees work in a particular country, how much turnover it has and how many resources are consumed.

In Europe too, tax avoidance is not welcome. The European Commission has repeatedly ruled in favor of civil protests which claim that US companies such as Google, Apple and Amazon do not pay enough taxes. On the other hand, the actions of large European companies operating in Africa aren't all that different from the actions of US companies in Europe, says Grossmann. Wiegratz agrees: "If we discover fraud — in tax matters or in other sectors — it shows us that European and German companies have a lot of power in these countries. Otherwise, they would not be able to maintain these practices."

So how exactly do German companies operate in Africa — and how could small and medium-sized businesses contribute to better tax justice system? German companies in African are not known to cut taxes, says Christoph Kannengiesser, the chief executive of the German African Business Association. "They are known for respecting good governance and promoting local social standards," he told DW. Their presence is also appreciated by the people and the government. However, companies often found that African countries also have an issue with double standards. "Often their taxation system lacks transparency and they usually try to keep up with the international companies."

Correction, June 17, 2021: A previous version of this article stated that African countries lose at least $50 million in taxes a year. This has now been corrected. We apologize for the error.

With high-ranking politicians appearing in the Paradise Papers, officials around the globe were quick to react to the leak. The EU and India have started investigations while Russian and US officials were on the defense. (06.11.2017)

Ireland's finance minister has said he remains unhappy about the European Commission's demand that Dublin collect billions of euros in back taxes from Apple. He said agreements with the tech firm had not been state aid. (16.08.2017)