The international journalists' network ICIJ has evaluated secret documents and has come to the conclusion that West African countries lose millions in unpaid taxes because the money is diverted elsewhere. 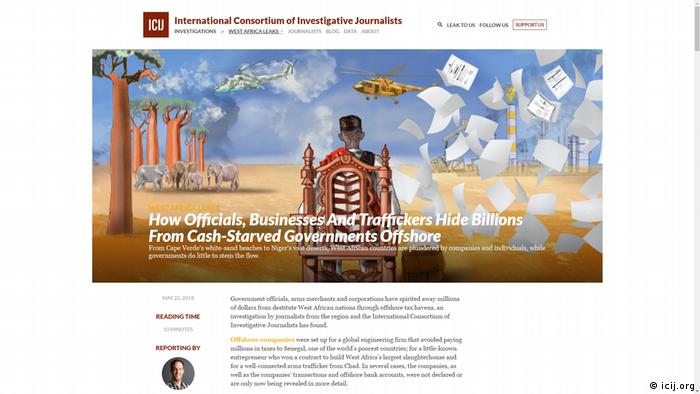 "West Africa Leaks" is the result of months of investigation by 14 journalists from the region. Together with colleagues from the International Consortium of Investigative Journalists (ICIJ), they scoured documents which have already provided evidence for scandals such as the Paradise Papers. Influential politicians, private individuals and companies are believed to have done business in Africa and then taken their money abroad. As a result, at least 13 West African countries have lost millions of dollars in unpaid taxes.

The slaughterhouse that never was

One example is Niger. One of the poorest countries in the world, its economy relies largely on livestock. In April 2009, work began in the capital Niamey on what was expected to become West Africa's largest slaughterhouse. According to the plans, 40,000 tons of meat would be produced by the slaughterhouse every year. Nine years later, however, the would-be slaughterhouse is a sad sight.

Moussa Aksar, editor-in-chief of the newspaper L'Evenement, has been to see the site. "This is a huge excavation, overgrown with shrubs," he told DW. "Snakes have settled here, but not a single building has been built."

Back in 2009, the government earmarked 16 billion CFA francs for the project. Part of the money was transferred to an Australian company based in the British Virgin Islands. Months later, Niger was in a state of crisis following controversial elections. In 2010, a military coup took place, followed by a one-year transitional phase which resulted in current president Mahamadou Issoufou coming to power. Aksar says it was during this transition period that the rest of the money disappeared. Where to, exactly, is not clear. By this stage, building had stopped. If the project had gone ahead, the profit for cattle breeders would have amounted to almost 30 billion CFA francs annually, according to then-prime minister Seyni Oumarou. 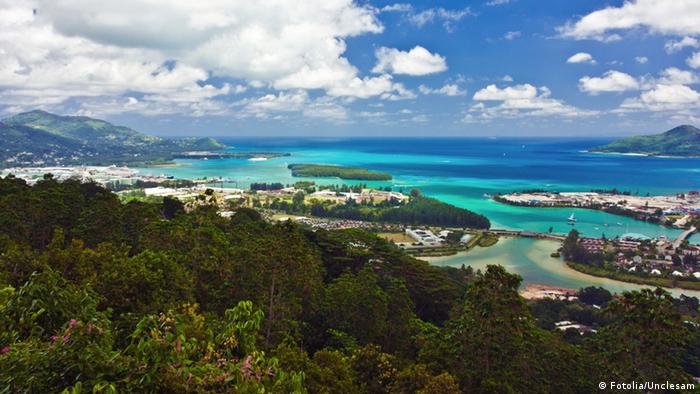 Corruption in paradise: The Seychelles are well-known as a tax haven for international companies

For their research, the West African journalists benefitted from the international cooperation. If suspects were not willing to talk to local media, a call from the US sometimes helped. "I think that's a very powerful strategy for journalists to increase pressure and demands for accountability on people who are perhaps not traditionally used to that," Will Fitzgibbon, the ICIJ coordinator of West Africa Leaks, told DW.

The investigation produced a list of prominent names, according to the ICIJ. For example, Hamadoun Toure, a candidate in Mali's upcoming presidential election in July and a former United Nations official. He is believed to own an offshore company based in the Seychelles. Noel Akossi Bendjo, the district mayor of Abidjan, the capital of Ivory Coast, is mentioned as the owner of a company in the Bahamas. 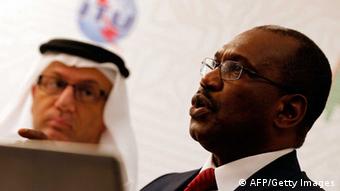 Malian presidential candidate, Hamadoun Toure, has been implicated in the journalists' findings

Although there is often no documentary proof that the companies were involved in illegal activities, the investigative journalists believe that these businesses are in conflict with the public functions of those named. Bendjos's company, for example, was founded in 1997, according to Ivorian journalist Anderson Diebri. "In the same year,  Bendjo became the director of the Ivorian refining company SIR," he told DW. Although Bendjio is now threatening to file a lawsuit as a result of the findings, Diebri doesn't appear too concerned. "We have the evidence," he says. "We will wait for the lawsuit, then the judiciary will decide."

Liberian pharmacist Clavenda Bright Parker, a childhood friend of Liberia's former president, Ellen Johnson-Sirleaf, is also believed to own a company based in the Seychelles. She claims not to know anything about it. The significance of the case is also based on the various functions of Bright Parker.

"I think what is of crucial public importance is getting some answers as to why a prominent person with very little known experience in the mining industry was a shareholder and director of a company in a tax haven in the Seychelles at the same time, and that we have now learned that she was helping a mining company negotiate with senior ministers in Liberia for what could have been quite a lucrative mining license," Fitzgibbon said.

"There just aren't too many reasons why someone would need to be associated with a Seychelles company when they're a businesswoman in Liberia," he added. 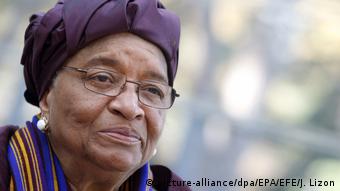 A childhood friend of Liberia's former president, Ellen Johnson Sirleaf, is said to have owned a company based in the Seychelles

West African governments play an ambivalent role in these investigations, the ICIJ says. Senegal may have missed out on up to $9 million (€7 million) in tax revenues from Canadian construction giant SNC-Lavalin. The company says its activities are "tax efficient within the framework of the law." In fact, some years ago, Senegal signed a treaty with Mauritius which allowed international companies to conduct their operations in Senegal via Mauritius — they were, therefore, able to legally avoid paying taxes.

This was during the rule of former president Abdoulaye Wade. The government of current president Macky Sall has said it regrets the contract. Nevertheless, Senegal has not yet dissolved it. This is also linked to international power structures, according to Fitzgibbon. "The offshore system in many ways preys on and takes advantage of weaker nations. If you're a wealthy country, if you're a tax haven, and if you are a multi-billion dollar company, it's a lot easier to take advantage of the international system and the offshore system." This puts poor countries under tremendous pressure. In order to break the cycle, big companies would need to reconsider the ways they do business, he says, including where they work within a legal framework.

The Dutch company Brunel no longer wants to do business in Nigeria. It says the country is too corrupt. But Nigeria's new President, Muhammadu Buhari, appears serious about cracking down on bribery and fraud. (11.09.2015)