Germany's migration policy debacle is also making waves among Africans online. To the big question facing Chancellor Angela Merkel – whether or not to shut the door on asylum-seekers – some Africans are saying "Why not?" 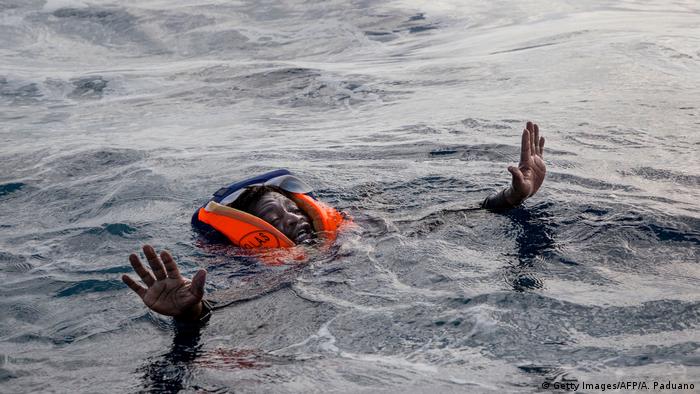 "Africans should stop giving negative notions about themselves," wrote Chijioke A. on DW Africa's Facebook page. "Stay in your homes and sort out the problems."

The ongoing political debacle in Germany over what to do with refugees has threatened to tear Merkel's coalition government apart. Merkel is locked in a power struggle with the interior minister, Horst Seehofer, over his "master plan" to turn certain asylum-seekers away at the border.

At the height of Europe's migrant crisis in 2015, Germany took in the bulk of the migrants wanting to enter the European Union (EU). That year the country recorded the highest number of immigrants in its postwar history.

Merkel insists on a EU solution to the migrant crisis. The executive arm of the 28-member bloc, the European Commission, is exploring options for a "disembarkation scheme" under which migrants rescued at sea would be taken to sites in North Africa where their requests for asylum would be processed.

Merkel: "The cohesion of this European Union is at stake"

Such an approach would allow officials to assess whether or not migrants qualify for asylum before they set foot in the EU.

Merkel is seeking to lay the practical foundations for how Germany might stick to these principles.

DW Africa's Hausa, Kiswahili and English language services asked their Facebook users whether or not Merkel should keep the door to Germany open for asylum-seekers.

"No one would like to be a refugee in another man's country," wrote Achilis G. "She must leave the gates open as long as there is no solution to what the people are running away from."

Among the nearly 100 responses gathered in the survey, only a handful clearly stated they support Merkel's stance of keeping the door to refugees open. 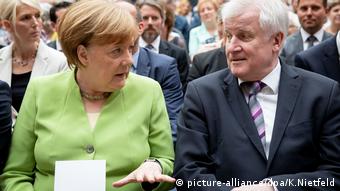 Those not in favor of a German open-door policy gave reasons that vary from the need to address the reasons that force migrants to flee their home countries to European support for dictatorial regimes in Africa.

A host of comments did not fit exactly into the open-door or closed-door categories.

As the migration debate continues, Merkel's Christian Democratic Union-led governing coalition is seen to be buckling under the strain brought by the open rebellion of its sister party, the Christian Social Union under Seehofer's leadership.