The Bandiagara rock plateau in the West African country of Mali provides a spectacular scenic backdrop. The art of the native Dogon people from the region can now be seen in Bonn. 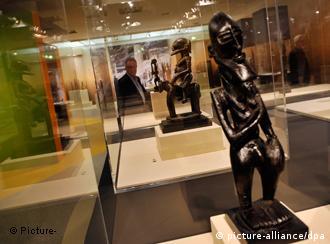 The exhibition at the Bundeskunsthalle in runs until January 22

Bandiagara is a town and also the name of a region in the West African country of Mali. The 200 kilometer-long (125 mile) rock plateau from Bandiagara, the Dogon people of the region and their traditions were added to UNESCO's World Heritage List in 1989 as a site of cultural and natural heritage.

More than 270 sculptures, masks and everyday objects from public and private collections across the world on display in Bonn show why the Dogon culture counts as one of the most significant in Africa.

Exhibiting art from Africa presents challenges which the exhibiting of art from Europe and the West does not.

African art of the past is all too often presented as an insight into a distant world in order to satisfy the exoticist fantasies. Or it is dealt with scientifically as part of tedious ethnographic exhibitions.

The exhibition in Bonn aims to combine the appreciation of art with a more sophisticated look at a foreign culture, in order to set itself apart from the Museum du Quai Branly in Paris, where the objects were presented earlier this year. There the works of the Dogon people where categorized in purely art historical terms, explained the curator Wolfgang Stumpfe: "They focused exclusively on aesthetics." 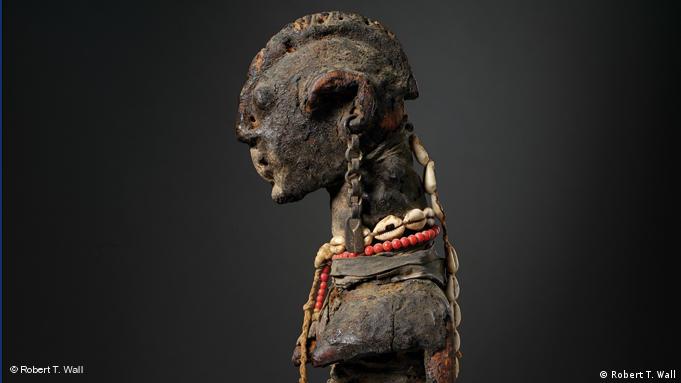 In Bonn, the exhibition curators have attempted to combine art history with ethnology. The show is essentially two different exhibitions – one art historical, the other ethnographic. Large format photographs give a feel for the atmosphere of the country in which the art works were produced.

The exhibition is also a contribution to the long-standing debate about what art from Africa actually is: Art objects in the Western sense, design commodities or ritual icons? There is no definitive answer to these questions. The exhibited works, said Wolfger Stumpfe, are all of those things.

The works on display are highly varied. Decorated household objects stand next to finely adorned, large masks which are used in ritual dances to this day. Numerous sculptures give an insight into the traditional world of the Dogon people and their myths – at times naturalistically precise, at others consciously abstract.

Exoticism and the voyeuristic gaze are consciously avoided. In the entrance area pictures of the African baobob tree represent the classic image of Africa. Dogon masks hang alongside the photographs. As a counterbalance, large format photographs of contemporary everyday scenes are also on display: a masked dancer stands next to a small Dogon boy wearing the German national soccer jersey. Elsewhere, a transistor radio hangs from the wall of a house next to an ape's skull.

What do Dogon's think of the exhibition? 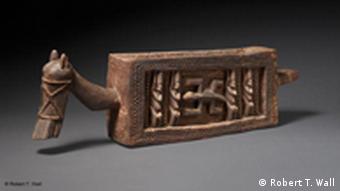 It is not just the Western perception of Africa which is thematically presented in the exhibition, but also the Dogon's perspective on the West.

"We show interviews with the Dogon people," Stumpfe said. "When we asked them for their thoughts on the large exhibitions in Paris and Bonn many of them were proud that their culture attracts so much attention. On the other hand some found it strange that they themselves did not have the opportunity to see the objects, even though they represent their own tradition and culture."

Aside from the fact that most Dogons could not afford to travel to Europe – political restrictions would also make it impossible. Dogons would have to apply for a visa. But visas are not provided on the basis of visits to exhibitions. Tellingly, none of the 270 pieces on display come from collections in Africa.

"Almost all of the works come from European and American collections," explained the curator Stumpfe. "That's obviously a very strange situation if you imagine it in reverse, that every Madonna from middle-age Rhineland would be exhibited in Burkina Faso and would be loaned from collections in Cambodia and New Guinea and that we would not be able to travel there."

In Bonn, the art, culture and history of the Dogon people are examined in a differentiated manner. The exhibition encompasses a contemporary ethnographic approach whilst addressing the challenges of longstanding Western dominance. This critical approach does not however prevent the aesthetic aspects of the sculptures and masks from being enjoyed.

More than half of the world's population now lives in cities, and the rapid growth of African metropolises reflects that trend. A Cologne exhibition documents that process with a focus on youth and artistry. (12.11.2010)