The WHO said South Africa's outbreak, which accounts for 61% of the continent's pandemic burden, could be a "precursor" for the region. Kenya, Zambia and Namibia are already seeing surging infection rates. 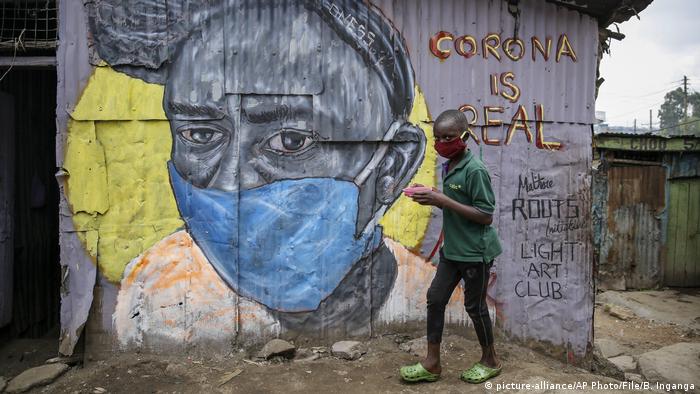 The World Health Organization (WHO) voiced alarm on Monday about the spread of coronavirus in Africa, particularly in sub-Saharan countries.

"I am very concerned right now that we are beginning to see an acceleration of disease in Africa, and we need to take that very seriously," WHO emergency operations chief Mike Ryan told a press briefing from Geneva. "Many of those countries exist in the midst of fragility and conflict."

Until recently, Africa had been relatively unscathed by the pandemic in comparison to other parts of the world that have been hard-hit, such as Europe and the Americas.

'Warning' for the rest of Africa

But the situation has now changed, especially in South Africa, which has more than 360,000 infections and more than 5,000 related deaths. As such, South Africa alone accounts for 61% of Africa's pandemic burden.

"South Africa may unfortunately be a precursor," Ryan said. "It may be a warning for what will happen in the rest of Africa."

South Africa's numbers are by far the largest, and the country has seen a 30% increase in cases in the past week, Ryan said.

"I think what we are starting to see is a continued acceleration of transmission in a number of countries," Ryan warned. "This isn't just a wake-up call for South Africa ... We need to take what is happening in Africa very, very seriously."

Virtual tourism in Africa takes off amid the coronavirus pandemic

African countries are offering tourists from all over the world the chance to travel the continent and even go on safari by virtual means. But is this a satisfactory substitute for the real thing? (18.07.2020)

Schools in parts of sub-Saharan Africa will remain closed because of a spike in coronavirus cases, further crippling already-fragile education systems on the continent. Those that have opened risk new viral infections. (10.07.2020)