Mali made sure that Mauritania's moment of history didn't turn into victory at the Africa Cup of Nations. Earlier, in sweltering heat, the Ivory Coast showed their superiority against a stubborn South Africa team. 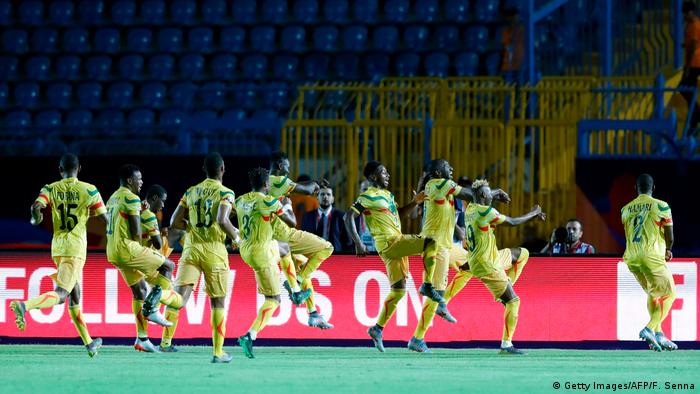 Competing in their first ever major tournament, debutants Mauritania proved no match for neighbours Mali.

Abdoulay Diaby sent an arrowed drive into the top corner before Porto striker Moussa Marega powered a penalty past Brahim Souleymane. Down two goals at the break, Mauritania tried to regroup but a goal just 10 minutes after the restart ended the contest. Adama Traore weaved his way past defenders before sending a low shot from outside the box into the far corner.

Aided by this being the first Africa Cup of Nations expanded from 16 to 24 teams, Mauritania looked to make the most of their chance. In truth, their presence at this stage of the tournament is remarkable. Just seven years ago, they were the fourth-worst ranked team in the world. Now, they're just outside the top 100. A lot of that is down to French head coach Corentin Martins, who has been in charge since 2014.

Mauritania did have reason to celebrate when Valladolid's Moctar El Hacen scored a penalty, but that joy lasted just two minutes. Traore stepped in from the right wing before sending an absolutely fizzing effort into the top corner. It was Mali who won the three points, but Mauritania's story might have won a few hearts. 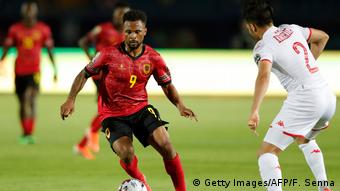 Despite being favorites to top their group, Tunisia failed to get off to a winning start as they were held by a spirited Angola side.

A first-half penalty from captain Youssef Msakni was cancelled out by Djalma Campos' second-half rebound.

Angola worked hard with few chances to show for their efforts in the opening stages in Suez, but the same was true of group E favorites Tunisia. Then Paizo brought down Naim Sliti with a sprawling tackle in the box and Msakni made no mistake from the spot.

The pattern continued in the second half, with Angola working hard and Tunisia looking more dangerous in front of goal. Against the run of play though, Tunisia keeper Farouk Ben Mustapha spilled a low drive, and Djalma was in the right place to score an easy tap in.

Tunisia were rattled by the equalizer, but stirred themselves to try and find a winner. Wahbi Khazri curled wide and captain Msakni fired straight at Angola's keeper Tony as two late chances came and went, leaving Tunisia with two fewer points than they expected to have after their first game. 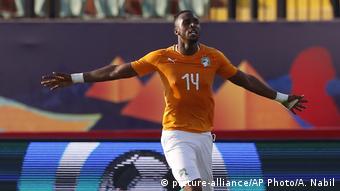 Jonathan Kodjia scored one goal, but perhaps should have had two

"The Elephants" edged a game that understandably struggled to get going in Cairo's blasting 37 degrees celsius (99 Fahrenheit).

Jonathan Kodjia's goal shortly after the hour mark proved the key moment in a game that Ivory Coast deserved to win.

A ball down the left put Max Gradel in and the winger sent a low cross into Kodjia who took his second chance of the game having fired straight at Ronwen Williams in the first half after a defensive error by South Africa. Winger Nicolas Pepe also had a chance to get on the scoresheet in the first half, but his free kick curled onto the bar.

Williams made another superb save late on to deny the Ivory Coast a second goal, but the keeper's efforts were in vain as South Africa suffered from their lack of creativity and composure in attack.

Ivory Coast's individual quality proved the difference in hot temperatures. For a team that won the tournament four years ago, the side in orange and white will be hoping to upset the likes of Senegal, hosts Egypt and fellow group D side Morocco.