Many African countries are struggling with high suicide rates, for which there are no simple explanations. However, one thing is evident: There is a lack of professional help and comprehensive research into the causes. 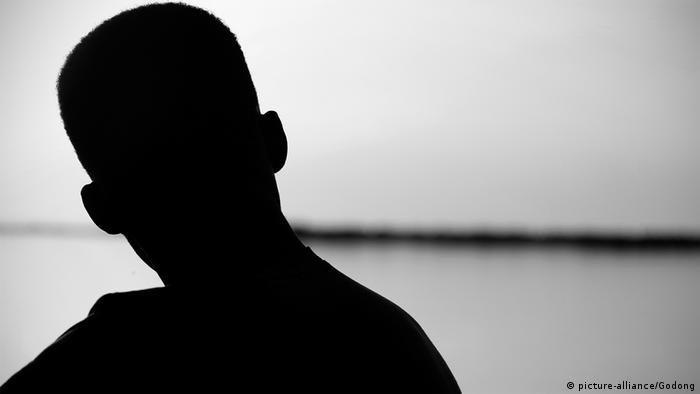 Hiram Chomba is a psychotherapist — a very passionate one. He spares no effort to reach patients in remote rural communities. Sometimes he rides a motorcycle; sometimes he catches a matatu, one of Kenya's shared minibuses.

Chomba lives in Embu, a small town close to the capital, Nairobi. For four years, he has been working for Befrienders Kenya, helping people who suffer from depression and suicidal thoughts.

He also provides support for those frequently in contact with people who have a mental illness: "At the moment I am focusing on training parole officers, who have many encounters with suicidal people."

"The figures are worrying. In Kenya, this is already a real crisis," he says. Citing a report from the Kenyan Ministry of Health, Chomba says that four people die from suicide every day in the eastern African country.

According to the World Health Organization (WHO), however, Kenya is not the only African country struggling with high rates of suicide. In Nigeria or Ivory Coast, the figures are even higher than in most European countries, the US or China, with more than 15 suicides per 100,000 inhabitants per year.

Chomba fears that the official figures in Kenya are only the tip of the iceberg; he believes there is no reliable data on the country's suicide rate.

"In Kenya, mental health is not considered a priority, and there is little access to trained workers," he says, pointing out that there are only 100 psychiatrists for a population of around 45 million, and even fewer psychologists. 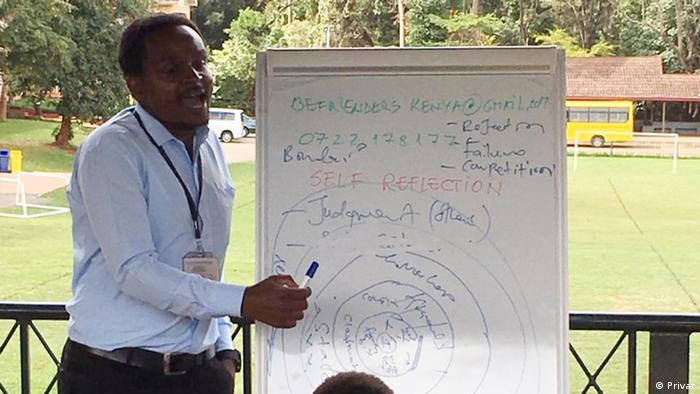 Chomba's organization set up a free psychological counseling center in Nairobi. It is mostly women from the inner-urban parts of the city who seek help at the facility. However, Chomba says that nationwide, the majority of those affected are men.

Chomba says one of the contributing factors to the psychological problems that many people are experiencing is social change. He is certain that the "disintegration of traditional culture has contributed to the rise in suicide rates."

He believes that economic development has led to the demise of traditional norms and customs. He also says that social and cultural expectations — especially of men — have changed. According to him, the African proverb "I am because we are" is losing its importance in modern African societies.

Alcohol abuse, an early warning sign of depression, is also widespread. "We want to work against that. We are in contact with local businesses, religious leaders, politicians, tribal elders and the police," says Chomba.

He and his fellow campaigners are using initiatives aimed at informing people. Education helps to tackle the stigma attached to depression and assists relatives, neighbors and colleagues in better identifying the symptoms of suicidal tendencies. 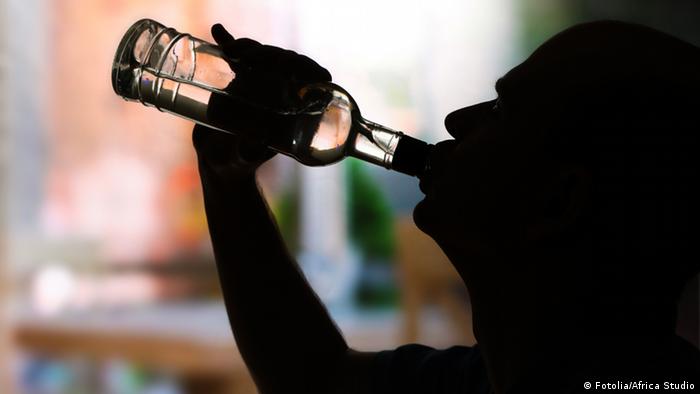 Alcoholism is often a warning sign of depressive illnesses

Megan Vaughan, professor of African History and Health at University College London, shares the view that depression and suicide are often still taboo topics in Africa. However, she says that the recognition of depression as an illness is growing there.

She says that an example of this is in South Africa, where the HIV crisis brought the issue of mental health more into the public focus, and professional psychological counseling services are no longer a rarity. "In the past, it was the elders who gave advice. But young people need other forms of help that are better suited to their circumstances," Vaughan told DW.

Vaughan also believes that social upheaval is a reason for the high suicide rates: "Life is changing fast — in Africa as well. Urbanization is increasing at a rapid pace. People no longer live in village structures and family ties," though she adds that she believes this explanation alone to be too simplistic.

According to the historian, suicide is not something new in Africa, but was also an occurrence in traditional African societies. "There is never a single reason why people commit suicide — and that applies to all regions of the world," she says.

Vaughan wants to see more extensive research on depression and suicide in Africa in order to draw definite conclusions and to be able to tailor prevention strategies accordingly.

For Chomba too, the need for action is urgent. The lack of awareness of mental illness continues to motivate him to travel to communities to educate people.

"I too have lost relatives through suicide," he says. "We must act sooner."