In the latest of a growing number of attacks since the departure of foreign combat troops, Taliban fighters are threatening the northern city of Kunduz. The president delayed a visit to India to consult security chiefs. 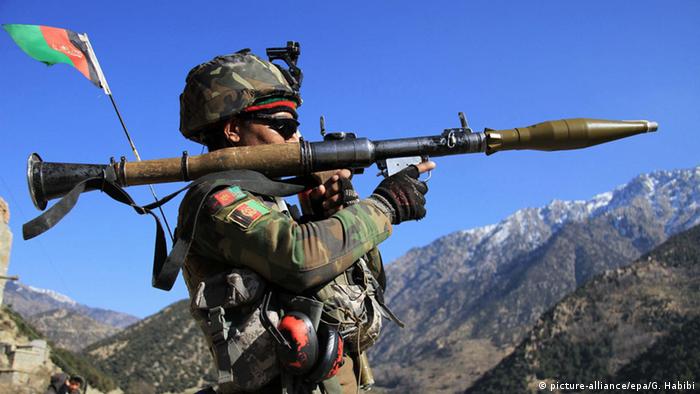 Hundreds of Taliban fighters have attacked police and army checkpoints around Kunduz city in the northern Afghan province of Kunduz on Monday, according to official sources. Over the past three days, the province has seen several Taliban attacks.

"There are casualties as a result of three days' battles on both sides, but I can't provide precise figures as the fighting is still going on," the province's Governor Omer Safi said.

Last week the Taliban launched their annual spring offensive, which coincides with the melting of snow in the mountains and the start of warmer weather. They are facing Afghan forces who do not have the support of foreign combat troops, following their withdrawal at the end of December.

The city of Kunduz near the border with Tajikistan was the Taliban's last stronghold before US-led forces drove them from power in 2001.

Taliban spokesman Zabihullah Mujahid said in an emailed statement that they had overrun seven army and police checkpoints in central Kunduz and two districts. The ongoing conflict in Afghanistan has been complicated by some Taliban commanders declaring allegiance to the self-declared "Islamic State" (IS), which has taken over large areas of Syria and Iraq.

The Afghan president delayed his official trip to India by a few hours Monday to hold an emergency meeting with the NATO commander in Afghanistan and top Afghan security officials.

Presidential spokesman Ajmal Obidy said President Ashraf Ghani left for India late Monday afternoon, after he met with NATO's US General John Campbell. Campbell said the NATO coalition and the Afghan government were working to prevent IS from sending weapons or fighters to Afghanistan.

"We know that their recruiting is going on, we know that there is a little bit of money passing back and forth, but what we haven't seen is them really operationalized," Campbell said.

The White House has admitted two hostages were accidentally killed in a January operation against al Qaeda near the Afghanistan-Pakistan border. US President Obama has said he takes full responsibility for what happened. (23.04.2015)