The plight of 35 Afghan Sikhs who were found in containers shipped from Belgium to the UK port of Tilbury has reignited the debate in Europe about what can be done to crack down on human trafficking and smuggling rings. 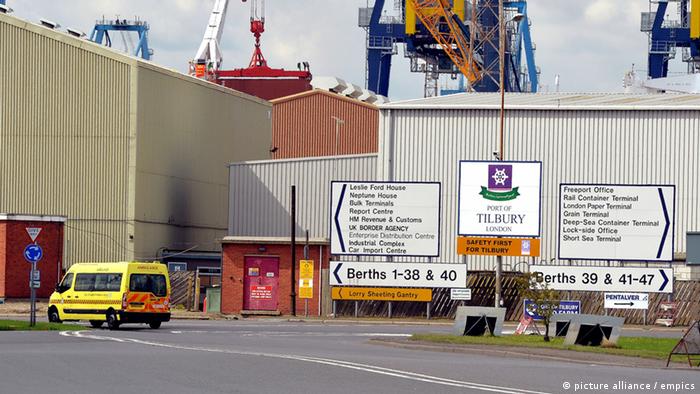 In the 1970s, there were around 200,000 Sikhs in Afghanistan, but now there are fewer than 4,000. During the Taliban-era, Sikhs were forced to wear yellow patches to differentiate themselves from other Afghans. Even today, they have limited political representation. In short, this is a marginalised, persecuted group; all the more anxious about its safety as the US pullout from Afghanistan approaches. "It is a disgrace that the persecution of the tiny minority of Sikhs from Afghanistan has largely been ignored," says Bhai Amrik Singh, chair of the Sikh Federation (UK). "It takes an incident like this to remind us all that they are also being exploited by human traffickers."

According to the UN Office of Drugs and Crime, human trafficking is the world's fastest growing crime and one of the biggest sources of income for organised gangs. There is a legal distinction between human trafficking - where people are coerced into travelling between countries for the purpose of exploitation - and human smuggling - where people give their consent to be moved between countries. The few available facts about this case suggest that the families in question fall into the latter category, and probably sought the help of smugglers to help them reach the UK. The Home Office has confirmed that all the migrants have sought asylum, implying that they were fleeing persecution in Afghanistan.

This incident highlights the desperate measures that people will take to reach northern Europe. Those who fall into the hands of people smugglers often do not realise that they will be risking their lives in transit. The use of shipping containers to transport people is rare - at least partly because, as the Tilbury case shows, it carries a high risk of fatality. Other methods of getting into the country are no less dangerous; 14 years ago, 58 Chinese migrants were found dead in the back of a truck that came in from Dover.

Currently, a European law known as the Dublin Regulation dictates that someone seeking refugee status must make their claim in the first country that they land in. This means that there is a disproportionate strain on countries on the southern and eastern borders of Europe; countries such as Greece, Italy, and Poland. Many of these countries have overstretched asylum systems and struggling economies; therefore, many migrants want to remain under the radar until they can reach Germany, Sweden, or Britain. 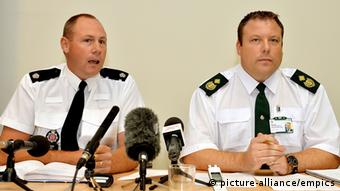 "The biggest pressure comes from the east and south," says Ryszard Piotrowicz, professor of law at Aberystwyth University. "Most EU countries are part of the Shengen area, meaning that if someone gets into Europe from Greece or Poland, they can more or less get to France of Belgium without an border controls. For a country like the UK, the issue is not just cooperation with France or Belgium; it is about the external frontiers of the EU."

In order to tackle the problem both of human trafficking and of people smuggling, the UK works with their equivalents in European police forces - both informally, and on a more formal basis in joint investigation teams. It uses special heat-detection technology to track trucks coming into the country; these can show whether human beings are concealed inside. There have also been attempts by western nations to work with the authorities in certain "source countries" (those with a high statistical likelihood of people fleeing) to raise awareness of the risks of trafficking and smuggling. But beyond this, it is difficult to take action. "It's a clandestine operation," says Piotrowicz. "Nobody knows how often this happens because if it is successful, it doesn't come to the attention of the authorities."

Meanwhile, the close-knit Sikh community in Thurrock, near Tilbury Docks, has been helping the 34 survivors with food and clothing. "We are shocked at what has happened," says Amanprit Singh, a local resident. "Is a system that forces people - old men, tiny babies - to take such desperate measures really a system we can describe as fair?"