Afghan presidential candidates Ashraf Ghani and Abdullah Abdullah have struck a power-sharing agreement, confirmed aides. The deal for the "national unity government" will be signed on Sunday. 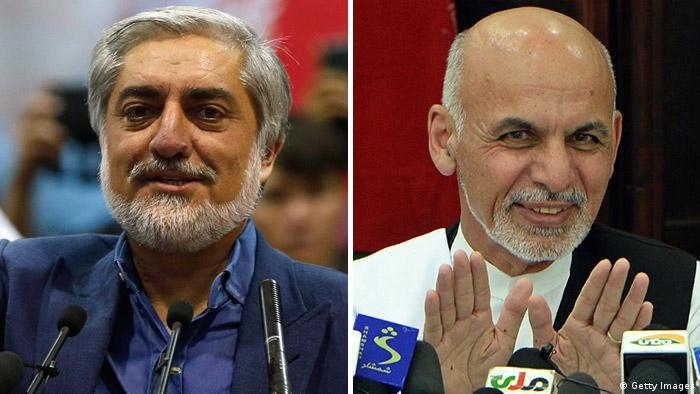 Aimal Faizi, a spokesman for the outgoing President Hamid Karzai, confirmed on Saturday that an agreement had been reached by both Ghani and Abdullah.

An aide of the front-running candidate Ghani told the Reuters news agency on condition of anonymity, that all outstanding issues between the two candidates had been resolved, and that both camps had agreed to share power. There has not been any confirmation from Abdullah's representatives.

According to the deal, ex Finance Minister Ghani is likely to be the president of the country and former Foreign Minster Abdullah will be given the newly-formed post of Chief Executive.

The result of Afghanistan's fraud-tainted presidential vote will also be announced on Sunday, Afghan officials said.

Abdullah - who won the first round of the elections but failed to win a clear majority - had rejected the initial results of the second round, won by his rival Ghani. The feuding candidates agreed on a UN-supervised vote recount after US Secretary of State John Kerry held separate talks with them in June.

The US wants an immediate end to the Afghan political impasse. Washington hopes that the new president would sign the pending Bilateral Security Agreement (BSA), which allows the US to keep some of its troops in the country after the scheduled withdrawal of NATO forces by the end of this year.