Afghanistan is expected to send its defense minister to a crucial NATO summit in Wales this week. The new president is still not in office, and the country's bilateral security agreement with the US remains unsigned. 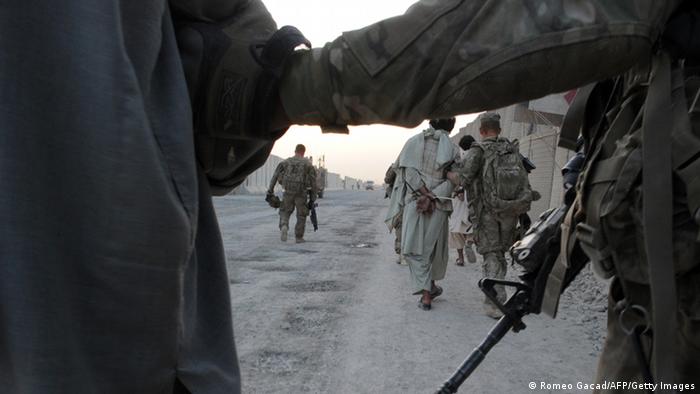 No security agreement means no US troops and no US money: For months, the US has been issuing this warning to the Afghan government. Washington warns that if the South Asian nation doesn't sign the Bilateral Security Agreement (BSA), the US will withdraw all its troops by the end of the year. Outgoing president Hamid Karzai has so far refused to seal the deal and has delegated the responsibility to the incoming Afghan president.

But there are no signs of a new Afghan president taking office anytime soon. The country has been facing a political deadlock since the presidential elections in April. Both candidates - Ashraf Ghani and Abdullah Abdullah – claim victory in the polls. The local and international monitors are trying to resolve the dispute. But they need to reach an agreement pretty soon. The deadline given by the US is September 4 – the start of the NATO summit in Wales. It is unlikely that Afghanistan will have a president by that time. 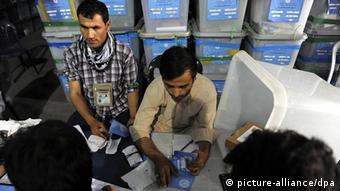 Many Afghans are in favor of the BSA but are at the same time apprehensive about it. They know that their country needs the US military support, as they continue to live in fear of a Taliban comeback.

"The agreement will also help the Afghan army financially," Murtaza, a cab driver in Kabul, told DW. "The Afghan soldiers fight for money, not because of their patriotism," he said, adding that without the US financial aid, the Afghan forces wouldn't get their salaries.

It will enable thousands of American troops to stay on in the war-torn country after a major pullout of the NATO forces at the end of this year. The remaining US troops will help train the Afghan security forces as they struggle to cope with the Taliban insurgency without foreign assistance. The deal, however, does not apply to the employees of private security and intelligence companies, who will be able to travel to Afghanistan without a visa.

One of the major points of contention regarding the security pact is the question of the Afghan government's legal jurisdiction over US troops. The Americans would like to see their soldiers under the US jurisdiction, while many in Afghanistan believe they should adhere to Afghan law.

A spokesman for Abdullah Abdullah says the Afghan presidential candidate will reject the results of the election audit. The move could deepen the crisis and prove catastrophic, analyst Michael Kugelman tells DW. (27.08.2014)

US Secretary of State John Kerry is on a visit to Afghanistan amid electoral turmoil which threatens to plunge the country into crisis. Analyst Scott Smith tells DW the US won't accept a parallel government. (10.07.2014)

Opinion: A historic step towards democracy

Afghans have shown their longing for democratic change. The US should not commit the same mistake in Afghanistan as it did in Iraq by withdrawing hastily, says DW's Florian Weigand. (14.06.2014)

A similar deal between Washington and Baghdad collapsed in 2011 over the issue of whether US troops would be answerable to the Iraqi courts, leading the US to pull out its forces completely. Experts say that a similar scenario might be possible in Afghanistan. "The Iraqi government lost its power after the US discontinued its support. At the same time the US lost an important lever to control the former Prime Minister Nouri al-Maliki's government," Adrienne Woltersdorf, head of the Friedrich Ebert-Stiftung in Kabul, told DW. That resulted in a severe power vacuum, which fundamentalist groups like "Islamic State" are now exploiting, she added.

Kabul views itself as being in a similar situation and is trying to avoid an Iraq-like scenario, says Woltersdorf. "The Afghan elections proved how political issues can easily become ethnically-charged. While Ghani is seen as a representative of the ethnic Pashtuns, Abdullah was able to gain support from the ethnic Tajiks living in Afghanistan's northern region. A conflict dividing the Afghan security forces along ethnic lines could intensify if the country loses foreign aid," Woltersdorf said.

Shortly before the presidential elections in April, the international community was confident that a new president would take office in Afghanistan in a matter of weeks and sign the pending BSA in time for the NATO summit. Both Ghani and Abdullah had vowed to sign the pact before the vote, but as long as Karzai is without a successor, there will be no signature before the summit.

"One of the strategic mistakes committed by the international community is to no longer support a strong democratic electoral process," Waliullah Rahmani, director of the Kabul Center for Strategic Studies, told DW. "The western nations have only been looking for a successful exit strategy," he added.