The Afghan parliament has given the green light to military agreements allowing foreign troops to remain in the country past the end of the year. Some 10,000 mostly US troops will now stay on. 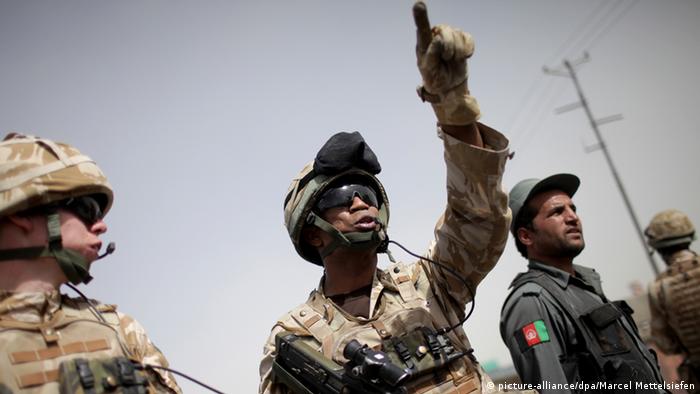 Afghanistan's parliament on Sunday approved agreements with the US and NATO that will allow foreign troops to remain in the country past the end of the year, after their combat units withdraw.

"With the majority of the votes, the parliament of the Islamic Republic of Afghanistan approves the US and NATO agreements," Abdul Raouf Ibrahimi, the parliament speaker said, after the legislative body voted 152-5 in favor of the accords.

The two agreements, which will allow the US and NATO to keep a total of up to 12,000 troops in Afghanistan next year, were signed by President Ashraf Ghani on September 30, but required parliamentary approval. Former President Hamid Karzai had refused to sign them.

On the basis of the agreements, some 10,000 troops, mostly from the US, will remain after this year to help national security forces, which are facing a renewed offensive by Taliban militants encouraged by the drawdown of foreign troops.

Earlier this year, US President Barack Obama ordered the number of US troops in Afghanistan to be cut to 9,800 by the end of the year, a figure that is expected to be halved by the end of 2015.

Obama wants all US troops to be gone from Afghanistan a year after that, to coincide with the end of his presidency.

In late November, the US president approved new guidelines allowing US troops who remain in Afghanistan to resume combat operations against Taliban militants, and not just engage with al Qaeda fighters as previously foreseen, according to US officials.

The international combat mission in Afghanistan began after a 2001 US-led invasion that ousted the Taliban from government.

A new survey has found that 40 percent of Afghans feel their country is moving in the wrong direction. Analyst Scott Smith examines the reasons behind the rise in pessimism and talks about what Kabul can do about it. (18.11.2014)