Afghan laws ′ambiguous′ about pedophilic boy play subculture | Asia| An in-depth look at news from across the continent | DW | 20.06.2016

Soraya Sobhrang of the Afghan Independent Human Rights Commission (AIHCR) tells DW the country's laws do not criminalize the practice of "bacha bazi" - pedophilic boy play - which makes it difficult to tackle the issue. 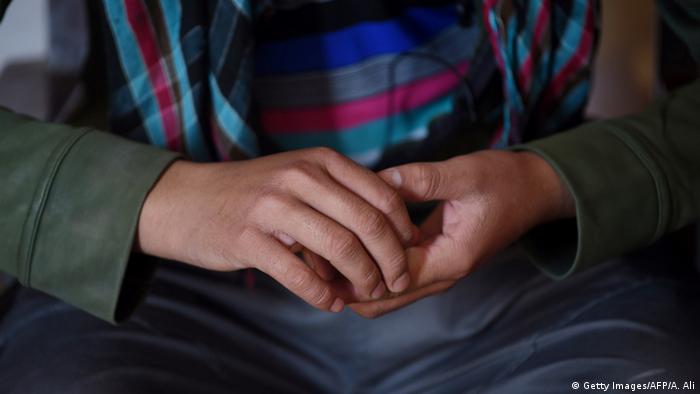 The Afghan subculture of "bacha bazi" - pedophilic boy play - saw a resurgence across Afghanistan after the fall of the Taliban regime in 2001. The extremists had banned the practice nationwide, declaring homosexuality as against the teachings of Islam.

Ironically, recent reports suggest that the Islamic militants have been using young boys as "honey trap" to infiltrate security ranks and carry out attacks against government forces.

"Bacha bazi" is a centuries-old tradition in many parts of Afghanistan, which involved using boys for sexual pleasure. The silence over the practice in the conservative Afghan society, however, has concealed the gravity of human rights violations pertaining to pedophilic boy play.

Soraya Sobhrang, the commissioner of the Afghan Independent Human Rights Commission (AIHRC), believes the resurgence in the "bacha bazi" practice is a result of an ambiguity in the Afghan criminal law.

DW: How widespread is "bacha bazi" in Afghanistan?

Soraya Sobhrang: The findings of our nationwide study show that the shameful subculture exists in all Afghan provinces. They also reveal that the practice is seeing a surge in recent years, putting an increased number of children at risk of abuse.

The most disturbing finding of our study is that in some Afghan provinces, "bacha bazi" is no longer a taboo. Unfortunately, now some people take pride in keeping boys and use them as a symbol of authority and affluence.

Our study also reveals that the victims are used as slaves for very long periods of time - often from 10 to 16 years.

Who usually indulges in this practice, and who are their victims?

Child soldiers - What's their role in the Afghan conflict?

The recent killing of a 10-year-old boy has highlighted the issue of child soldiers in Afghanistan. Although it's illegal, government forces and insurgents have kept recruiting minors for years. DW examines. (13.02.2016)

Former warlords, local commanders, influential tribal leaders, mafia heads and landowners in Afghanistan's remote areas keep boys. They dress the boys as women and use them as dancers at private parties and sexually exploit them.

Victims of the practice mostly come from poor, illiterate and vulnerable families. Other victims include orphans, children working as laborers and domestic workers.

What punishment does Afghan law prescribe for pedophilic boy play?

Unfortunately, the Afghan criminal law does not clearly define "bacha bazi." Therefore, authorities say they cannot take action against people who are involved in this practice. There is a great deal of ambiguity in Afghan laws regarding what constitutes pedophilic boy play.

Has the Afghan government taken any action to tackle the issue?

The AIHRC has proposed a draft to the Afghan government to be adopted as a law against the practice. But the draft is still under review by the Ministry of Justice. We are working hard not only to criminalize the practice, but also to create support mechanisms for victims.

Our organization has three recommendations from the government: Stop the practice of "bacha bazi," criminalize the practice, and support victims across the country.

We have received considerable support from the government and the people of Afghanistan for our campaign against the practice. The interior ministry has ordered police across Afghanistan to stop private parties where boys are dressed as women and used as dancers. However, we still have a lot of work to do.

Reports have emerged that the Taliban are using young boys as "honey trap" to infiltrate the ranks of security forces. Does your study reveal anything about the "bacha bazi" among Afghan forces?

The AIHRC has documented such cases. However, I would like to emphasize that in such cases boys are sexually abused for a shorter period of time. Our study defines "bacha bazi" as a practice of keeping a boy as a sex slave for years. From our point of view, when local commanders keep boys for a short period of time, it does not fall under the definition. We see it only as sexual abuse.