Afghan fashion project empowers women | Asia| An in-depth look at news from across the continent | DW | 04.04.2012

'Women for women' was the motto at the recent femme 2 fashion show at the Women's Museum in Bonn. Shaima Breshna from Afghanistan was one of 70 designers from all over the world who presented their wares. 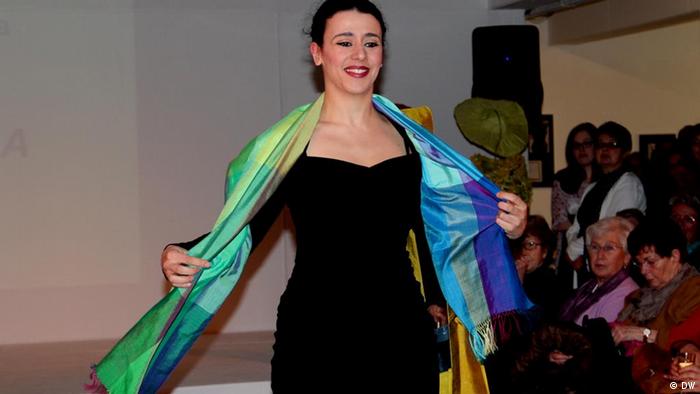 When Shaima Breshna returned to her country in 2002 for the first time in 20 years, she was shocked. Afghanistan had been reduced to rubble once again and she saw that those most affected were women and children. 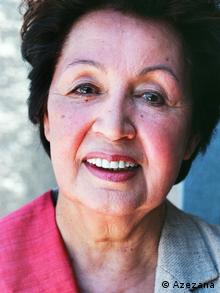 There are about a million widows and 1.5 million children who are either orphans or only have one parent living in the war-torn country.

Breshna, who is 71 today, wanted to do something to help. She and her daughter founded Azezana - which stands for "Hope for Afghan Women" in Dari - a development project that aims at providing long-term financial security to women.

They started out by employing five women in the Afghan capital Kabul, who were trained in how to weave silk and make scarves. Over the years, the project grew and more and more people abroad became interested in Azezana's products.

"Today, I employ 22 women and three further people," Breshna, who was wearing a bright red scarf made by her co-workers, told Deutsche Welle. "I not only help these 25 Afghans but also their families and children." 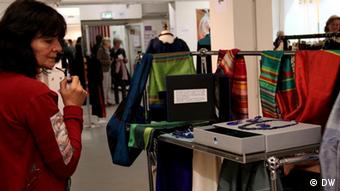 "They can forget their worries for a while because they have a job and an income," she said proudly, adding that it was also important for her to revive an ancient custom.

"I wanted to restore Afghanistan's silk tradition because it has almost died out," she said, pointing out that this was not the case in Pakistan and Iran where most similar artisan goods are made. "We have modernized the methods and made the products interesting to people in Europe too."

The project has received worldwide acclaim with goods being showcased at the British Museum in London, the Green Week in Berlin and the Women's Museum in Bonn.

Promoting fashion with a political message

The femme 2 fashion trade fair in Bonn was about promoting fashion with a political message. Development aid doesn't always have to be serious, said project head Kathrin Wallat - what's important is the impact.

"If I say I'm ready to spend 20 euros more to support Afghan women then I have an emancipatory effect," she told Deutsche Welle. 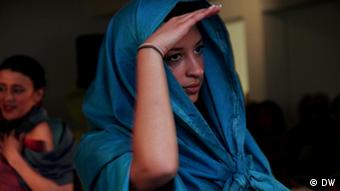 Azezana silks are popular in Europe

She also said that she believed decisions made by consumers were political and could help direct global developments. She contrasted the Azezana project where customers are brought into direct contact with the women who have made a product with traipsing through a crowded city center full of chain stores.

Azezana brings together women from two very different worlds who have one thing in common - the desire to express themselves through fashion.

Psychics and healers practice a successful trade in Afghanistan. The number of clients, who are usually women, grows by the day. But, their predictions can have devastating consequences. (30.03.2012)