Twenty-four girls from the Minawao refugee camp were given tickets to watch Nigeria at the African Cup of Nations. The chance to watch their team live was the adventure of a lifetime. 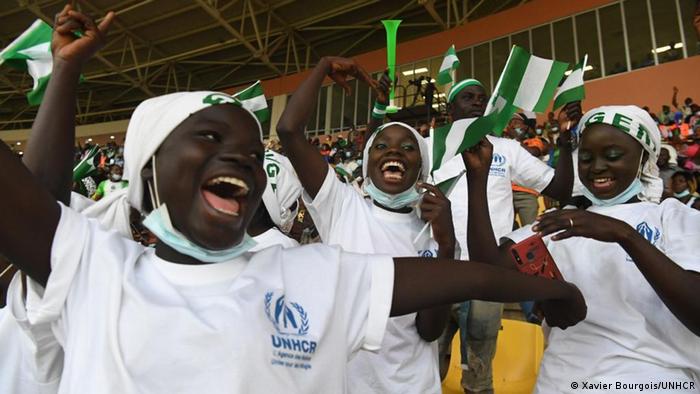 For many young people around the world, a trip to a sports stadium happens most weekends.

For Saratu Yakubu, Lucy Bitrus and the other members of their all-girls football team, their five-hour trip to Garoua to see Nigeria play in the Africa Cup of Nations was the adventure of a lifetime.

The girls cheered as they saw the Nigerian players enter the field. They could not believe their eyes. They cheered every possession and every goal as Nigeria cruised to a big win against Sudan.

Saratu, 19, was only 10 when her village of Barawa, near Gwoza in Nigeria's restive Borno State, was attacked by Boko Haram. The radical Islamic terrorist group has been fighting a war in northern Nigeria since 2009.

Saratu and her family hid in caves for days before fleeing and finding refuge in Minawao, a camp for displaced Nigerians set up in the north of Cameroon by the United Nations Refugee Agency (UNHCR). Here, Saratu has grown from a girl into a teenager who sees football as an outlet for her bubbling energy.

"The boys in the camp do not allow us to play with them," Saratu told DW. "So we formed a girls' team where we play against each other. We wear boys' jerseys and old torn shoes. We play amongst ourselves, and winners get trophies."

Saratu's teammate, Lucy, 18, was born in Kunde, a village in the Gwoza area. She lost her father in a Boko Haram raid in 2013, and her family fled into neighboring Cameroon before they found their way to the Minawao camp. There, she too found football.

"In the camp, only the men can watch football in the TV center. But now that we have an opportunity to see the game, we will go back and tell them that we were inside the stadium," an excited Lucy told DW. 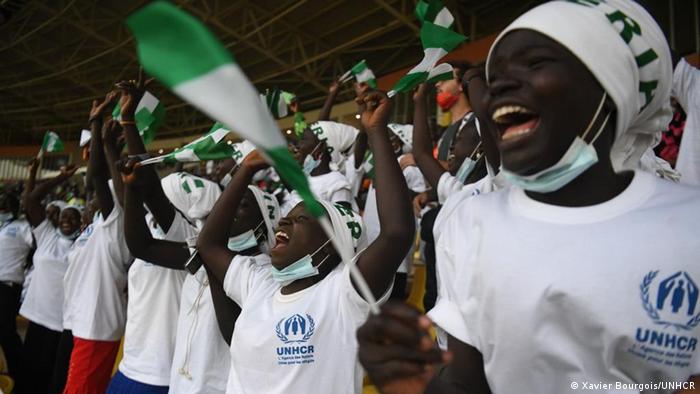 A place of refuge

Located in the north of Cameroon,Minawao was set up as a camp for 10,000 people after the influx of Nigerian refugees in 2013 due to Boko Haram.

Its population grew to almost 70,000 residents in 2021, stretching its facilities. Saratu and Lucy attend the only secondary school in the entire community.

Saratu wants to become a doctor to help her community. But football is helping her see the world in a different light. "Our people need help, and I hope to support them one day," she said. 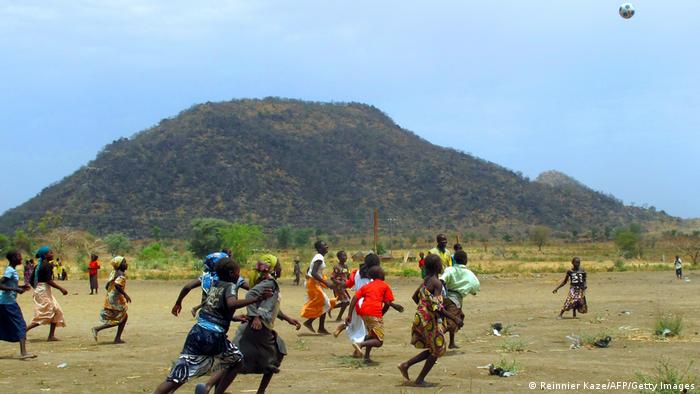 When the UNHCR found out that Nigeria would be playing their group matches in Garoua, a five-hour drive from Minawao, they got in touch with the Confederation of African Football (CAF) and organized tickets for the girls.

"The girls were all excited, and they got vaccinated and tested. The road trip was quite interesting for them," Helen Ngoh, UNHCR communications manager, told DW.

After the game, Patrice Motsepe, the president of CAF, made sure the girls got a group photo on the pitch.

"It was a surreal moment for all of us, it wasn't planned or expected. There was something special about getting on the turf as the girls were cheered on by many people in the stadium," Ngoh said.

For many of the refugees the decade spent in the Minawao refugee camp has kept them away from their homeland, where they farmed rice and millet and took care of themselves.

But for Saratu and Lucy and the other members of the Minawao camp girls' football team, watching Nigeria live at the African Cup of Nations has given them a glimpse of a better future.

"The trip was important because it is what a teenager would want. It is a basic thing in life. It made them feel that their dreams are valid and that they are greater than the horrors of their past. This trip helped to reinforce that they can chase their dreams and anything is possible," said Ngoh.

AFCON: Africa’s soccer tournament gets off to a vibrant start

After a long wait, the 2021 Africa Cup of Nations has finally kicked off in Cameroon after COVID-19 forced the Confederation of African Football (CAF) to postpone the tournament.