Marthe Wandou: We need to move from frameworks to action and protect children

The international community should focus more on Africa's children's situation, says the 2021 Right Livelihood Laureate from Cameroon. Wandou also warns that the Boko Haram crisis' impact has been underreported. 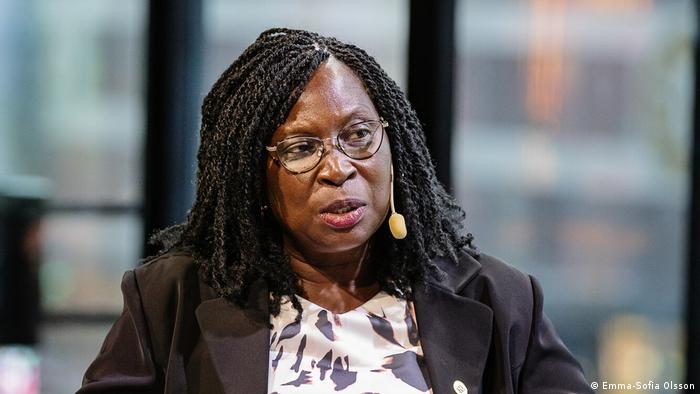 DW: What does the Right Livelihood Award (RLA) mean to you?

Marthe Wandou: Being the Right Livelihood laureate gives me the strength and courage to do more what I have been doing, also more effectively. Because I feel like I'm now having more support for what I'm doing for women, girls, and children in Cameroon.

Do you sometimes feel more attention by the international community is needed for issues you are addressing in your home country?

Yes, especially for children. Sometimes I feel frustrated because all the children globally should be treated the same concerning their education, protection, health...  So, I believe organizations and international actors should focus more on Africa's children's situation, especially in areas like my region, to address issues like child marriage.

Child marriage is a big problem in Cameroon, and I think it is necessary to have more significant support from the government and international actors. Not just in terms of policies. Policies are good. But also in terms of their implementation. We need to make sure the governments everywhere are aware of the necessity of protecting children, especially girls, as they are being dropped from schools. In addition, accessing birth certificates and child marriages are also critical issues.

In other words, it is not a matter of identifying problems or solutions, but rather how to implement them?

Yes, sometimes the international actors and governments think it is enough to have frameworks with policies. We need to move from those frameworks to action — to make sure children are protected.

Everybody knows we're dealing with a gender-based violence issue. Sexual violence is present everywhere, especially in my area. I really need people to be more supportive of action and not only of policies.

To get people involved in the communities, we are trying to encourage them to have community-based organizations which commit themselves to child protection or other issues. We give them skills to know how to identify cases and how to approach victims.

At the same time, state actors need to make sure women and children are protected not only on paper but also when violence happens. Victims need to be taken care of and services provided while perpetrators get punished.

We have reports on sexual abuse and gender-based violence in the regio despite legal frameworks. The international community needs to support women and girls, especially in conflict-riddled areas.

Last week, the European Union urged the Cameroon government to protect women and to pay more attention to women in the conflict areas. However, they should not only talk to governments but also support those who are on the ground. That support and healing can be more effective. 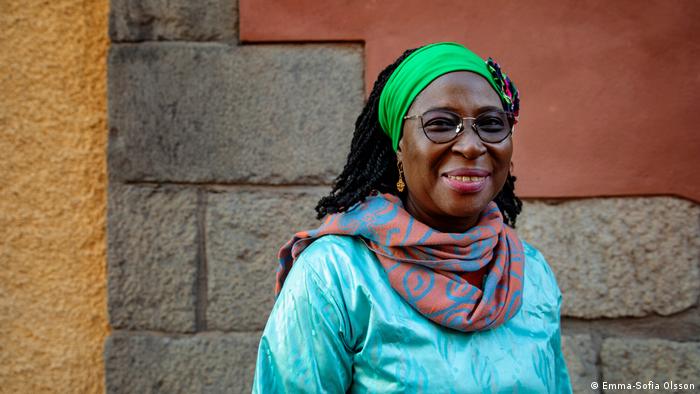 This support you are expecting could then come through non-governmental organizations like ALDEPA?

The support can be from the national civil society as well as from a UN Agency. Nevertheless, it can also arrive directly from the government.

It is essential to ensure that it's really used for the issue when the support is sent and received. To me, it is not really a problem who supports the projects. It is necessary to have direct collaboration.

You have been advocating for social justice for more than 30 years now. Given the last couple of years with the Anglophone crisis and the pandemic, what impact did they have on your work with children and girls on the ground?

The impact on our work is foremost to work in an unsafe area. You have to do something, but you also fear for your life. You don't know who is fighting — who is a Boko Haram member and who is not. So this is the first impact.

The second impact is that we have many people who had to run from the Boko Haram attacks. We don't know where they all are. Some of them have been killed, and some are internally displaced now. 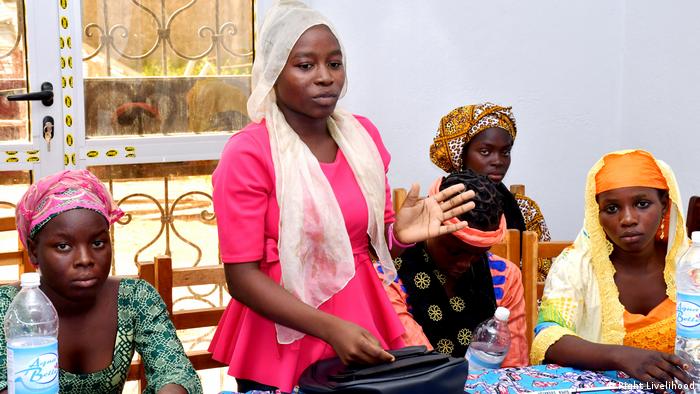 More than 50,000 girls have so far benefited from ALDEPA's assistance

They are out there on their own with no land to cultivate. They don't have the means to escape Boko Haram attacks. They just ran and are now empty-handed. Some have children, some parents have been killed, others kidnapped, so there can be trauma.

The rate was very high. Some of the youth actually also joined Boko Haram. Based on all of this, we had to change our activities, strategies, our means. The Anglophone crisis also had an impact in our area because many, especially young people, escaped and went to find means. Some tried to get into university, some have tried to begin a new life selling goods.

You mentioned lots of threats for those who are active in these regions. At the same time, you said that children's, girls', and community centers are essential for your work. Knowing how dangerous it is to be a teacher or a social worker, what is the situation on the ground when looking for people who actually want to work with you?

From the peak of the Boko Haram crisis in 2014/15, more than 100 schools were closed. Households had to escape with the children. Most of the children could not go back to school because the schools were full.

Sometimes they also had no way to pay for the school fees. Many children, especially girls, got married at that time. Parents didn't have other options, and they maybe wanted to decrease the number of children at home.

Many others came from the border and escaped without having birth certificates to continue to go to school. Some of them were not accompanied because parents went on their own during the attacks and children just followed people and now they do not know anybody. 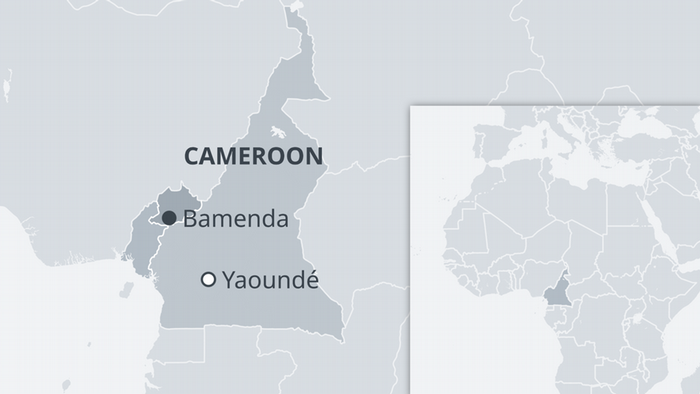 In some cases, parents have been killed. So what we have been doing is, I have to say the government committed, in the beginning, to have all the children back in school without paying any fees and even though it was free, not all children could go to school because the classes were full.

Sometimes you would see classes with more than 200 children seated on the ground. After that, they had to get used to a new situation and pay school fees, and that was not easy. I should mention that the far north is the poorest region of Cameroon, where the rate of children going to school is very low, the rate of children not having birth certificates and being married at a young age is very high.

So, the Boko Haram crisis increased the region's vulnerability because schools and health centers were closed. Going to villages, trading, crossing borders was not possible anymore. Moreover, people, especially women who worked in the informal sector, often went to Nigeria. When the markets were closed, it brought down the economy. Therefore the capacity of taking care of the households. All these situations were bad, but now they are getting worse.