Activists turn to social media to fight Germany′s spurt of right-wing protests | Germany| News and in-depth reporting from Berlin and beyond | DW | 18.12.2014

The rise of anti-Islamic sentiment and right wing protests in Germany has made international headlines in recent months. DW takes a look at how the counter movement is using social media to fight right wing extremism. 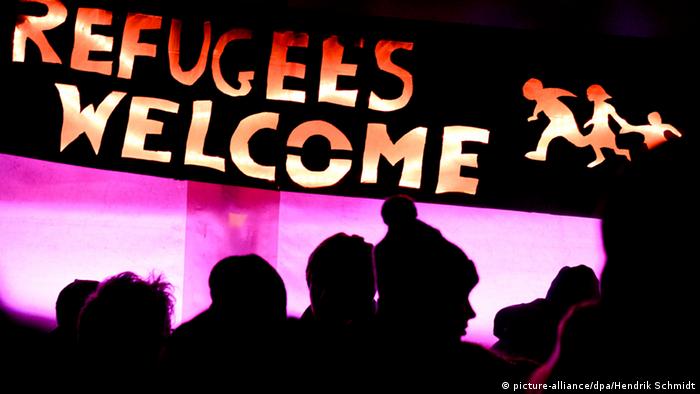 A wave of right-wing protests in several German cities has received widespread media coverage in recent months. In October, protests organized by the "Hooligans Against Salafists" (HoGeSa) ended with sporadic violence in Cologne. Self-proclaimed "hooligans" from rival football clubs and far-right extremists joined forces to create HoGeSa to protest against Salafism in Germany.

In December, protests by the Patriotic Europeans Against the Islamization of Occident (PEGIDA) gained attention when thousands of people took to the streets of Dresden to demand stronger laws for those seeking asylum. On Monday (15.12.2015), PEGIDA had its biggest protest to date - up to 15,000 people showed up in Dresden and there were smaller protests in some 15 German cities, including Bonn and Düsseldorf. 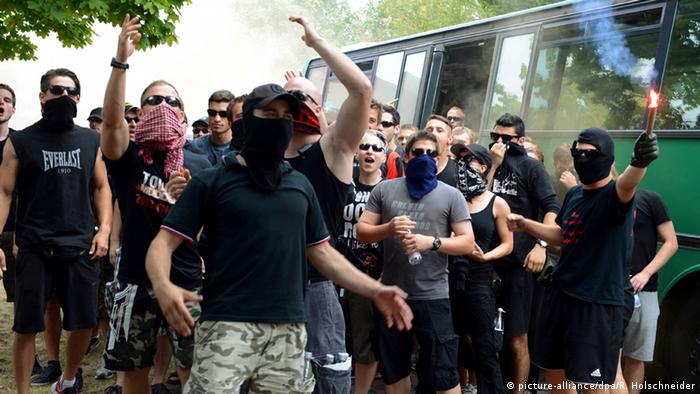 Some 2,000 neo-Nazis and Hooligans marched against Salfists in Cologne

What has been taking place at the protests on the streets of German cities is also reflected on social media. Since its first post in mid-November, around 70,000 people have liked the PEGIDA page on Facebook. That figure isn't far behind Germany's biggest parties, Christian Democrats (CDU) and Social Democrats (SPD), in terms of popularity on Facebook. PEGIDA and HOGESA have used their social media sites to organize the protests and call for action against Islamic extremists.

The public demonstrations by anti-Islamic groups have generated an extensive debate about an increase in anti-immigration sentiment, xenophobia and right-wing extremism in Germany.

In reaction, several counter movements have sprung up in German cities; for instance the "Dresden for all, all for Dresden" counter protests and a march in Cologne under the motto: "You are Cologne - not Nazis."

A new "anti-Nazi" (Gegen Nazis) app can help users in the German states of Berlin and Brandenburg find out where extremists are planning their next protest and which route they plan to walk, so that counter-protesters can thwart them.

The hashtag #illridewithyou, which began to trend on Twitter following the cafe siege in Sydney as a means of protecting Muslims against a potential backlash and showing them support by offering to travel with them on public transportation, was also adopted in Germany in response to the PEGIDA marches.

And PEGIDA#watch, a group dedicated to tracking the activities of neo-Nazis and the PEGIDA movement, already has 15,000 Facebook fans. On Twitter, the group uses the hashtag #nopegida.

There are online sites that help people check whether their Facebook friends like the PEDIGA group on Facebook. The links were shared by bloggers and groups fighting right-wing extremism in Germany, asking readers to unfriend anyone who likes PEGIDA on Facebook to show that such opinions aren't tolerated in Germany.

What the link doesn't tell you is, of course, why someone likes the page. Maybe an alleged supporter of the group just clicked the "like" button in order to receive more news about the PEGIDA movement and not because they believe in the cause. What the tracking mechanism could be good for, though, is creating a debate among Facebook users about the reasons for supporting - or not supporting - the recent rise of anti-Islamic sentiments in Germany.