Activists press for decriminalization of sex work | Asia | An in-depth look at news from across the continent | DW | 07.02.2013

The UN has become a key forum for sex workers across Asia and Pacific to press for sex work reforms to ensure that sex workers get better access to health facilities and improve their lives. 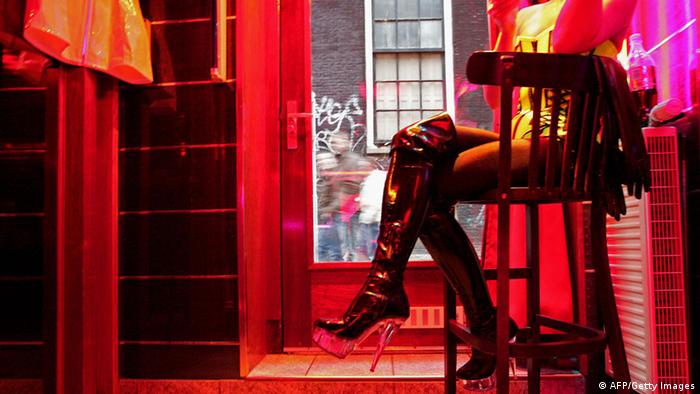 UN officials say that globally sex workers are 14 times more likely to acquire HIV than other women of reproductive age yet fewer than one in five have access to HIV prevention, treatment and care.

A 2012 report released jointly by the UN Development Program (UNDP), the UN Population Fund (UNFPA) and UNAIDS pressed for the decriminalization of sex work in many countries so that HIV prevention and treatment programs reach sex workers more effectively.

John Godwin, an Australian human rights lawyer and author of a United Nations' report calling for decriminalization of sex work, says the debate over sex workers' role in the Asia Pacific is aimed at broadening the discussion over health and human rights issues.

"It is a capacity developing process. The organizations working for the rights of sexual workers are learning from each other," Godwin told DW.

Most representatives of sex workers' organizations in Asia and Pacific could not participate in the International AIDS Conference held in Washington last year due to the visa and immigration laws. Instead, a "shadow" conference was held in Kolkata, India where sex workers discussed the issue of decriminalization and shared lessons from individual experiences, Godwin said.

Godwin says that there is a greater chance for safer sex practices if laws related to sex work are reformed.

Blue Diamond, a non-government advocacy group in Nepal, has also been pressing for a review of existing laws and policies, especially for transgender sex workers.

In Thailand, where prostitution is largely illegal but accepted, non-government group SWING works with transgender and gay workers. Surang Janyom, director of SWING, says that sex workers do not seek treatment because of fear.

"Sex workers are afraid of going to health services for treatment," Surang told DW. "Some are more confident than others, but it is true that the laws are intimidating for most of them," she said. 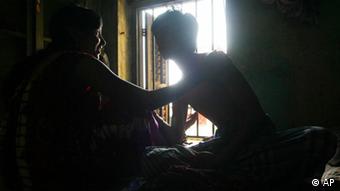 Sex industry is thriving in Asia

In Fiji, the Survival Advocacy Network (SAN) is campaigning to gain social recognition for sex workers and to ensure equal rights for them, particularly in access to health care.

Rani Ravundi, SAN's coordinator, told the UN in a report on HIV and sex work that social stigma remained a big concern in Fiji.

"In Fiji, there are so many stigmas against us. Everybody views us as sinners," Ravundi told DW. "We face psychological and physical violence. It limits everything we can do as humans," she said.

In India, the Ashodaya Academy advocacy group based in Mysore sees its role as a "learning site" for community-led HIV interventions and community capacity building. The Academy has trained over 5,000 people in over five years and works with India's National AIDS Control Organization (NACO) and state-based AIDS control Societies and Avahan, an organization backed by the Bill & Melinda Gates Foundation to reduce the spread of HIV in India.

Tracey Tully, director of the Asia Pacific Network of Sex Workers, told DW that the main goal of the activists campaigning for sex worker's rights was to empower them nationally as well as regionally.

Most people do not talk openly about being HIV-positive in China for fear of being shut out by society, where discrimination is rampant. Government measures have helped reduce the number of infections. (01.12.2011)

Whereas a few years ago, AIDS grew rapidly among drug users and sex workers, recent reports show that more and more housewives and children are also being infected. NGOs want better sex education in schools. (13.04.2011)