Many still believe in the power of the Internet to induce democratic change. However, others point out that the Tunisian and Egyptian cases are the exception, rather than the rule. 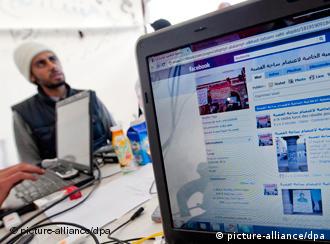 Despite the recent unmasking of two supposed female lesbian bloggers who turned out to be straight men, many experts are still confident in the power of social networking to mobilize social change.

Whether in Egypt, Tunisia or other global hotspots, many say that the Internet is a political catalyst.

"The risk of getting caught is much less than if I go on the street," said Marie Möller, an economist at the University of Münster, in an interview with Deutsche Welle.

"And in this way, people realized that they were not the only ones doing it, but others in other parts of the country - they were able to coordinate large protests. And if many people are in a certain place at the same time, the risk of being punished is much less."

A chance to test the waters

Möller calls this the "upstream coordination problem." She said that in one of her recent studies, she and her colleagues examined the cost-benefit analysis of people who live under dictatorships.

There, the incentive for street protests is really low because people are afraid of severe punishment by the regime. However, she said, the Internet is a new way for protesters to coordinate and be effective.

One of the most notable online voices from Tunisia has been Slim Amamou, a well-known Tunisian Twitter-user and blogger, who was jailed during the waning days of the Ben Ali regime, and for a brief time was in the post-Ben Ali government as the Secretary of State for Sport and Youth.

"It's clear that this revolution surprised everyone," he said. "The power of social media and the Internet was never known to be able to reach this point. The case of Tunisia has proven this for the first time in history - of course it was important."

A mixed blessing for social change 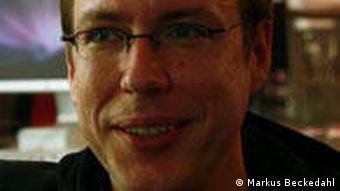 However, some psychology experts note that it's not always easy to translate the simple click to join a Facebook group compared to actually going out in the street and protesting - in other words, that at least in the Egyptian and Tunisian case, that these were different stories.

"Before people get on the street, they have to progress emotionally," said Peter Kruse, a professor of psychology at the University of Bremen.

Kruse says this high degree of immediate, emotional shock "is no longer necessary" because protesters can read about it online first.

"I think that now, these strong emotions are only coming from the side of conservative forces that want to maintain the status quo, and not so much from the active revolutionary side."

However, it's important not to get too swept away in the romantic idea that Internet tools necessarily lead to democratic change, warns Markus Beckedahl, who edits the popular blog, Netzpolitik.org.

He cited the example of China which has become notorious in exerting sophisticated, tight control over its national Internet.

"We are witnessing an arms race between intelligence and censorship infrastructure and anti-censorship tools," Beckedahl told Deutsche Welle.

The Facebook group "We are all Khaled Said" was one of the driving forces behind mobilizing protesters in Egypt. Deutsche Welle honored the group's organizers and members in its international Weblog award the BOBs. (20.06.2011)