Academic work submitted by German minister of defense under scrutiny

An online forum has questioned the authenticity of Ursula von der Leyen's academic dissertation. But the minister of defense has signaled that she would voluntarily cooperate with an investigation into the allegations. 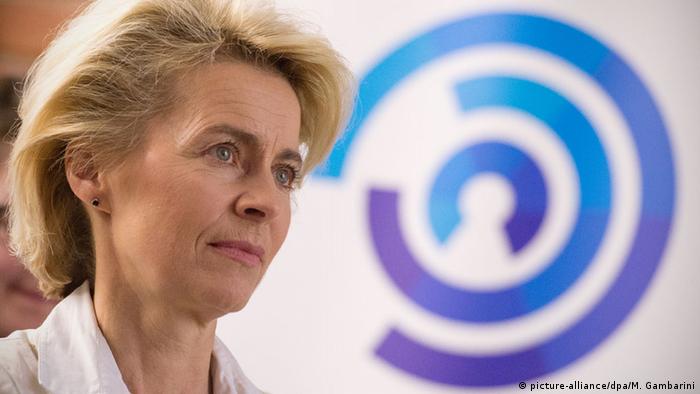 Germany's Minister of Defense Ursula von der Leyen was in the crossfire for an alleged mistake in her past. Inconsistencies flagged in her 1990 dissertation, which had been submitted as part of her medical qualification as a gynecologist, were circulated online as part of campaign to try to discredit the conservative politician.

VroniPlag Wiki, a collaborative which considers itself a whistleblower of acts of plagiarism in academia in Germany, commented that von der Leyen's dissertation contained several pages that would appear to be copied from other sources. In certain passages, the transgressions against academic standards and etiquette were alleged to affect 75 percent or more of the document.

"There were numerous quotes, both literal and adapted, in her work, which had not been clearly cited as such," VroniPlag Wiki alleged.

The online platform accused the 56-year-old minister of defense for having featured plagiarized material in at least 27 out of 62 pages in total - roughly 43 percent of her entire academic dissertation. Eight further pages had not yet been scrutinized.

Von der Leyen meanwhile fiercely rejected the allegations. However, a representative of the Ministry of Defense commented that she had already heard of the accusations within the last month, and reacted immediately to dispel potential rumors:

"Minister von der Leyen is in no way denying the accusations that have been raised against her. As soon as she heard the allegations, she contacted the Hannover Medical School to start having her dissertation examined by a specialized ombudsman there."

Von der Leyen's alma mater, the Hannover Medical School (MHH), announced that it would launch an official examination into the discrepancies. A spokesperson added that a response to this internal inspection would be made available "within a few days' time." 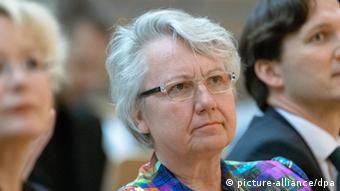 Experts said that a formal investigation could be launched regardless of the results from the internal inspection at MHH - in accordance with general academic guidelines.

However, Gerhard Dannemann, a law professor who has been working with VroniPlag Wiki for several years, explained that the nature of her alleged plagiarism was not "a severe case" but rather a symptom of the kind of "sloppy work" that was widespread among academic dissertations presented by medical students.

"The frequency and the ease with which these errors could have been avoided indicate a grossly botched piece of work," Dannemann told the German daily Süddeutsche Zeitung.

The allegations brought against Ursula von der Leyen seemed to be part of a greater trend of discrediting politicians for their erstwhile youthful folly. Former Minister of Education Annette Schavan resigned from her position in 2013, after the University of Düsseldorf withdrew her PhD in Pedagogy when allegations of plagiarism hit the veteran politician. 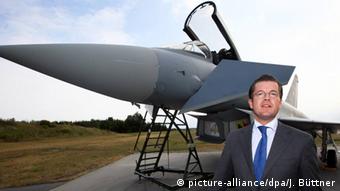 Karl-Theodor zu Guttenberg, one of von der Leyen's predecessors in her position as Minister of Defense, resigned in 2011 after the University of Bayreuth withdrew his doctorate in law, which was deemed to have been more than 63 percent plagiarized. The scandal earned the German aristocrat politician the nickname "Baron Cut-and-Paste."

Academic titles in Germany often come with a great deal of value, with the label of doctor being systematically included when identifying oneself. The more scientifically grounded and elaborate the dissertation and research, the more academics tend to enjoy prestige in academic circles.

Von der Leyen's dissertation was entitled "c-reactive proteins as a diagnostic parameter in determining amnio infection syndrome in cases of premature rupture of the membranes and during therapeutic baths in preparation for childbirth."

A university has rejected allegations against a member of Germany's center-left Social Democrats who is tipped for a major post in a future grand coalition. Frank-Walter Steinmeier had been accused of plagiarism. (05.11.2013)

The University of Bochum has launched a plagiarism investigation into German parliamentary speaker Norbert Lammert's dissertation. The move comes after anonymous allegations about parts of his doctoral work. (30.07.2013)