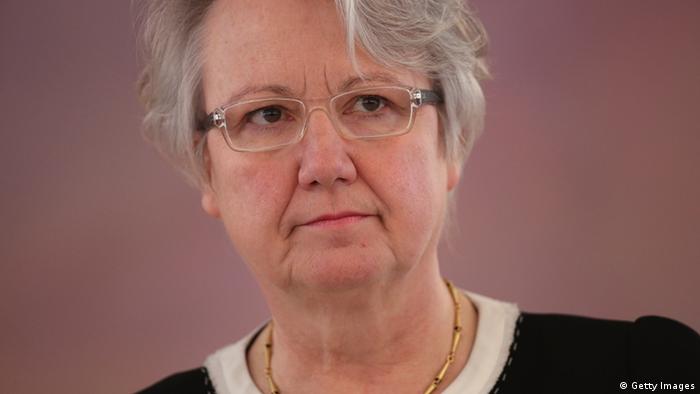 Annette Schavan resigned as Education Minister last February, four days after her PhD title was revoked, but still contests that the Heinrich Heine University was wrong to find her guilty of plagiarism. Schavan took the case to the Düsseldorf Administrative Court, seeking to retain her title for the thesis she submitted in 1980, aged 24.

Judge Simone Feuerstein on Thursday said the university's decision "was taken in compliance with the law," saying her court's investigation found 60 instances of plagiarism in the text. Feuerstein said there were multiple passages from secondary sources which were not properly cited by Schavan.

"When the written judgment is released, I will confer with my lawyer about a further course of action," Schavan, who was not present in the court, said on Thursday. "The plagiarism allegations I again emphatically refute."

The court had already indicated prior to the verdict that it disagreed with the stance of Schavan's legal team on central issues. The defense had argued that, considering the extent of Schavan's alleged citation shortcomings, a more mild academic sanction would have been appropriate. Feuerstein rejected this on Thursday, saying she believed the university had "no opportunity" to consider "more mild measures," given the circumstances. Prior to the verdict, Schavan's legal team had sought to call her doctoral advisor or supervisor to submit evidence on citation habits in the 1980s, but the court rejected this application.

Schavan's resignation came almost exactly two years after the perhaps more notorious plagiarism scandal surrounding former Defense Minister Karl-Theodor zu Guttenberg, once a rising star from the Bavarian wing of Chancellor Angela Merkel's Christian Democrats. He was also stripped of his doctoral title for plagiarism, in a case that led to the sudden scrutiny of several other dog-eared academic papers written long ago by key German politicians.