The University of Bochum has launched a plagiarism investigation into German parliamentary speaker Norbert Lammert's dissertation. The move comes after anonymous allegations about parts of his doctoral work. 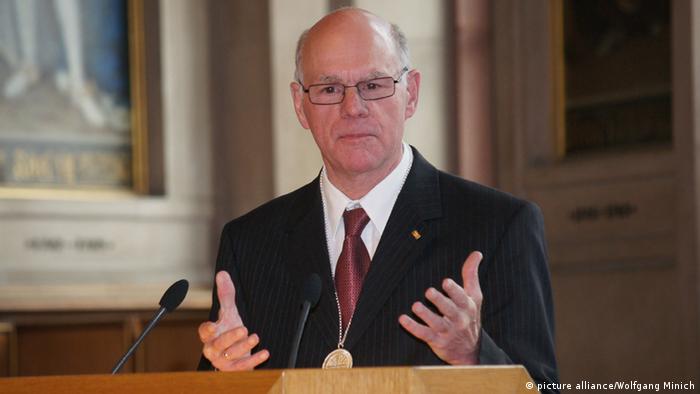 The university announced the review on Tuesday after the allegations were revealed by the "Welt" newspaper. The institution said that Lammert, the speaker of Germany's lower house, the Bundestag, had asked for a "speedy and professional" resolution.

The controversy stems from an anonymous blogger who had reviewed Lammert's dissertation and posted his findings on the website "lammertplag.wordpress.com". The blogger, writing under the pseudonym "Robert Schmidt", lists 42 text passages from 21 sources in which irregularities were found.

Schmidt is said to be the person who first revealed the plagiarism controversy over Education Minister Annette Schavan's dissertation.

Lammert and Schavan are both member's of Chancellor Angela Merkel's Christian Democrats (CDU) party. The allegations, which come shortly before Germany's September 22 national elections, mean that Lammert is now the latest Merkel ally to have been accused of plagiarism.

Schavan resigned in February after the University of Düsseldorf stripped her of her doctorate following an investigation. Defense Minister Karl-Theodor zu Guttenberg stepped down in a similar scandal two years ago.

Lammert's 1974 dissertation was published under the title: "Local Organizational Structure of Interparty Decision Making – a case study of the example of a CDU district association in the Ruhr". According to the blogger, the parliamentary speaker "clearly did not read" a "significant portion" of the literature cited in his thesis.

Lammert told "Welt" that his dissertation had been written "to the best [of his] knowledge and belief".

The University of Bochum's ombudsman is currently reviewing the dissertation in accordance with the institution's guidelines, but Director Elmar Weiler said the school could not comment during an ongoing investigation. He added that if the university's findings led to any information that needed to be presented, "we will inform the media immediately".

The SPD's education expert Ernst Dieter Rossman told the "Kölner Stadt-Anzeiger" daily that until the results of the investigation, "all involved should hold back".

Patrick Meinhardt, the education expert for the SPD's coalition partners the Free Democrats, told the "Rheinischen Post" newspaper that with the controversy coming less than two months before the election, he was "excited to see who would be the first person to draw a political advantage from this".

So far, the opposition has yet to hit out at Lammert. The Green Party's parliamentary leader Volker Beck told the Wednesday edition of the "Saarbrücker Zeitung" newspaper that the presumption of innocence also applies to politicians. Lammert's deputy, Petra Pau of the Left party, told the "Welt" that people should "hold back until the investigation that he himself had asked for has concluded".