Tempting PhDs lead politicians into plagiarism | Germany | News and in-depth reporting from Berlin and beyond | DW | 13.02.2013

A half-dozen German politicians have been accused of PhD plagiarism in the last two years. DW takes a look at why doctorate titles are in demand in Germany and why politicians and people are so keen to get hold of one. 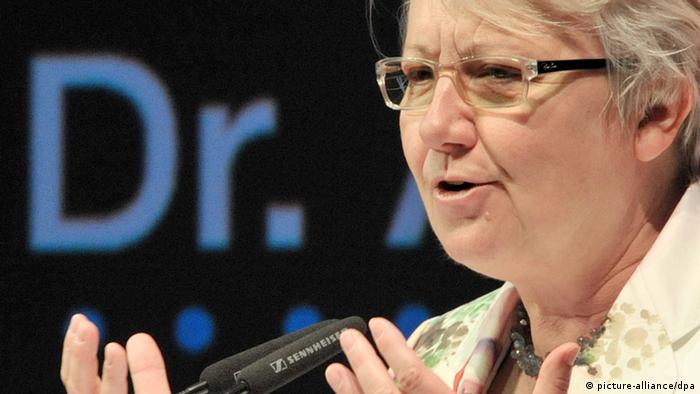 Officially, in German, he is Herr Professor Doktor Thomas Rigotti. It is a title he does not always employ in everyday situations.

"It depends on the context," said the professor of work, organizational and business psychology at the Johannes Gutenberg Universität Mainz. "If the director of the university sends me a letter, or I go to an organization for the purposes of consultancy or a presentation, then of course I use the titles," he told DW. "But with my students, I tell them to leave the 'professor' and the 'doctor' out of it."

Yet he does understand the allure of the "doctor" title in Germany.

"A doctorate gives a kind of cosmetic effect to the reputation of the person. And I think especially in areas like consultancy or politics, that's important."

Beyond the cosmetic effect, there's also clear financial incentive. Germans who hold a doctorate title make far more money than their peers who hold a Bachelor's degree. And with a mostly-free higher education system, a doctorate might cost a few thousand euros, rather than tens of thousands, as it would in the US and UK. PhDs, in other words, cannot be "bought" in Germany - notwithstanding the public perception that a handful of infamous politicians did just that. 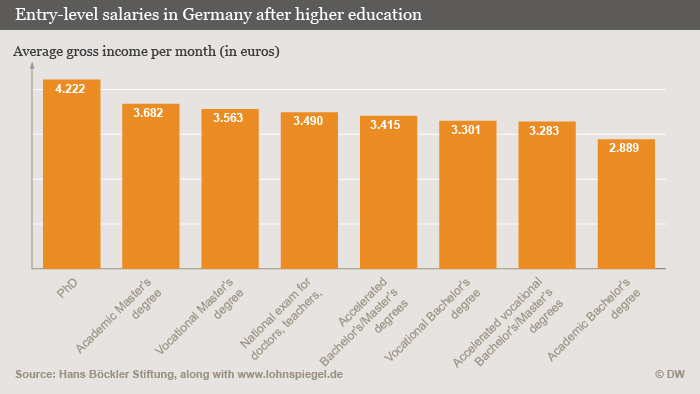 A financial incentive: doctorates are a clear path to higher incomes in Germany

For Jan Ludwig, a long-term member of the Social Democratic Party of Germany and a municipal politician in the German state of North Rhine-Westphalia, the pressure for politicians to obtain a PhD has less to do with internal party politics than a German public that universally reveres the title of "doctor."

"When there are several nominees to become candidate, it might be an advantage for a nominee to have a PhD title," he told DW. "Especially when the delegates electing a candidate don't know the nominees well, some might see a PhD title as an indication of the nominee's quality, as well as his potential to win votes. People with such titles are often well respected simply due to the title."

Ludwig, who has a law degree, has never felt the pressure personally. It has proven irresistible for his colleagues across the political aisle, though. 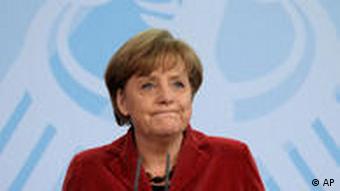 Merkel has lost two cabinet members as a result of plagiarism

In February 2011, Karl-Theodor zu Guttenberg, Germany's then-minister of defence, had his PhD revoked by the University of Bayreuth. In April of that year, Sylvia Koch-Mehrin, a politician from the Free Democratic Party, resigned after it was revealed that 34 percent of her doctoral thesis had been plagiarized. In July, the PhD title of Jorgo Chatzimarkakis, a member of EU Parliament, had been revoked by the University of Bonn. Most recently it was Minister of Defence Annette Schavan, resigning on February 9 after the University of Düsseldorf annulled her PhD.

Some of these politicians wrote their thesis a number of years ago, but Professor Günther Shulz, who participated in the review of Chatzimarkakis' thesis at the University of Bonn, told DW that uncovering plagiarism is now far easier due to the combination of scanned books and the ability to search Google for combinations of words.

While some in the Anglo-Saxon world, where work experience counts for far more than a list of letters after your name, view the German "obsession" with PhDs as something of an oddity, professor Maik Kschischo, who teaches bio-mathematics at the University of Applied Sciences in Koblenz, and has worked in Germany and the UK, sees a clear historical reason for the respect awarded to the title.

"The only way a normal person could show he had achieved something was to get a PhD. Nobles got [respect] from their name. But a normal, educated person could also get a doctorate, and that really lifted you up."

Kschischo, who grew up in East Germany, believes that, even today, a difference in the use of doctorate titles remains between eastern and western Germany.

"Doctorates were more professionalized in East Germany," he told DW. "You never used it privately. And the political leadership didn't have as many doctorates, since they were workers, mostly."

In the old west, though, titles are still important. But now some students are worried that they too could inadvertently fall into the plagiarism trap. In the wake of the latest political scandal, confusion still reigns: The question to what extent Annette Schavan "plagiarized" rather than simply failed to cite a few of her sources has been being debated since news first emerged that the University of Düsseldorf was thinking of revoking her title.

"Students have been following the news," says professor Thomas Rigotti, "and are now fearful of plagiarism to the point that things have become a bit "ridiculous."

"For example, if you cite yourself, your earlier words - can you really plagiarize your own work?" he asked. 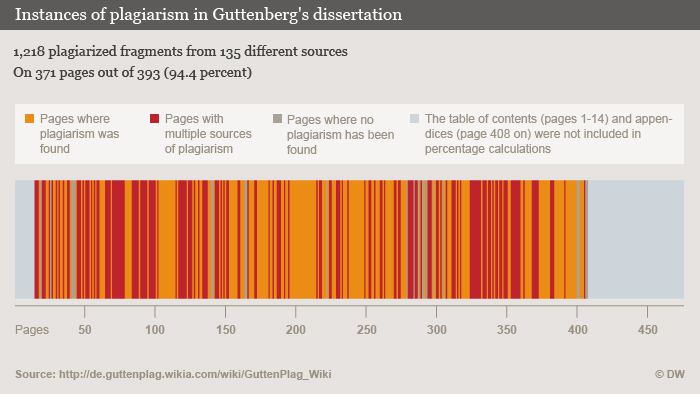 Guttenberg's dissertation was 94 percent plagiarized (above); Schavan's is expected to be between 17 and 24

Once you have your fabled title, strict rules govern the use of it in Germany, and even for German speakers, it can be sometimes confusing, how one should appropriately use the title in the country.

Lincoln Giles, the American co-founder of Align Media GmbH, a language service provider in Cologne, has been living and working in Germany for 16 years. Like many in Germany, he occasionally stumbles over the "doctor" issue.

"People do just generally seem to place more weight on it," he told DW. "A couple weeks ago I wrote an email to a [German] woman, and I wasn't sure if I was supposed to address her as 'Hello Doctor' or 'Hello Frau Doctor.' I think the first email I sent, I wrote 'Doctor.'

"And then I talked to a German colleague and she said, 'Better to write Frau Doctor.'"

Former Education Minister Annette Schavan has suffered the consequences of the plagiarism scandal surrounding her doctorate. Four days after Heinrich Heine University revoked her title, Schavan resigned from her post. (10.02.2013)

Who is Germany's next education minister?

Following the resignation of Annette Schavan, Johanna Wanka is poised to become Germany's new Minister of Education and Research. She has similarities not only to her predecessor, but also to Chancellor Angela Merkel. (10.02.2013)

Plagiarist hunters trawl academic works for plagiarized material. Some of them even make a career out of it. For others, the valiant defense of high academic standards is just a side job. (20.10.2012)