A chronology of the Schavan plagiarism affair | Germany | News and in-depth reporting from Berlin and beyond | DW | 10.02.2013

Former Education Minister Annette Schavan has suffered the consequences of the plagiarism scandal surrounding her doctorate. Four days after Heinrich Heine University revoked her title, Schavan resigned from her post. 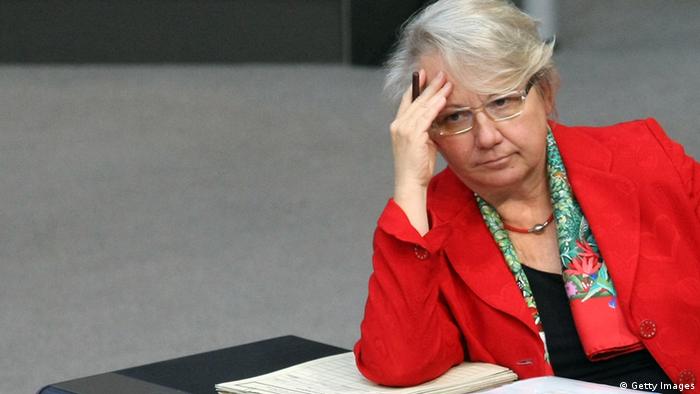 For more than 30 years, practically no-one took an interest in Annette Schavan's dissertation - an approximately 350-page investigation into how the conscience is formed. The former education minister says she wrote her doctoral thesis in the late 1970s in entirely good faith. It marked the end of her studies in theology, philosophy and education - as well as the beginning of a stellar career in research and politics.

Schavan's education at Heinrich Heine University in Düsseldorf concluded with her doctorate, which was the only degree earned by the 57-year-old politician with the Christian Democratic Union (CDU). Her alma mater has now revoked that degree, originally conferred in 1980, citing systematic and intentional plagiarism. 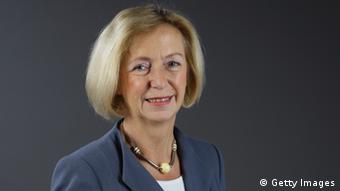 But it was Internet users rather than university officials who got the ball rolling on the plagiarism affair. People trying to spot instances of plagiarism published questionable passages from prominent figures' dissertations online. The passages in question generally involved unattributed quotations that could be found in other works. Although mild cases might be chalked up to citation errors, people were looking for evidence that theft of intellectual property had occurred. The most well-known case to date involved former Defense Minister Karl-Theodor zu Guttenberg, who stepped down in March 2011 after reports surfaced that parts of his dissertation were taken from sources he had not appropriately credited.

Plagiarism hunters eventually set their sights on Annette Schavan's dissertation, which also turned up questionable material. In early 2012, a website called "schavanplag" went online with a list of citation errors. But the former minister of education and research refused to call it a case of plagiarism, urging Heinrich Heine University officials to review her dissertation, which had received a top grade upon completion in 1980.

In the fall of 2012, a committee from Heinrich Heine University issued an internal report concluding that Schavan did, in fact, plagiarize other works. The report mentions an intent to deceive. Journalists came into possession of the private document and made its content public. The minister was horrified, and the university issued a criminal complaint against the unknown persons who passed on the internal information.

A doctor no more 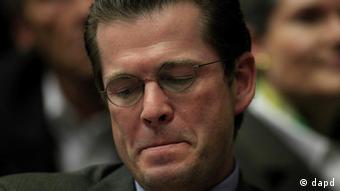 Annette Schavan then admitted to making some mistakes in passing, but she wrote a statement to the university denying the intent to deceive or plagiarize. Regardless, a faculty committee within the humanities department instigated an investigation that led to the revocation of her doctoral title on February 5, 2013. A 15-member panel agreed that Schavan "systematically and intentionally" attempted to portray others' intellectual work as her own. Further, the panel members add, Schavan used other people's text "to a significant degree," without citing her sources.

The minister learned about the committee's decision while traveling for work in South Africa.

"That is something I cannot accept," was her initial reaction. She argued that the investigators had made mistakes and said she would take the matter to court. Following those statements, she said nothing further and continued her five-day trip as planned.

While Chancellor Angela Merkel initially expressed trust in her friend and fellow CDU member, members of the opposition began calling for her resignation. Critics said she could not remain education minister after losing her doctoral title due to the damage to her reputation. After returning from South Africa, Schavan met with the chancellor. On Saturday (09.02.2013), four days after her doctoral title was revoked, the 57-year-old stepped down from her post in the cabinet.

"The office cannot be damaged," Schavan said in explanation of her decision to resign, but she added that she intends to maintain her position in parliament.

Angela Merkel said she accepts Schavan's resignation "with a heavy heart" and noted that she views the former minister as putting the greater good before herself. Merkel did not make any statements with respect to the plagiarism allegations or the loss of Schavan's doctoral title.

Who is Germany's next education minister?

Following the resignation of Annette Schavan, Johanna Wanka is poised to become Germany's new Minister of Education and Research. She has similarities not only to her predecessor, but also to Chancellor Angela Merkel. (10.02.2013)

German Education Minister Annette Schavan has resigned from her post. But there wasn't another option, says DW's Bettina Marx, because it would be unacceptable to keep her following her doctorate plagiarism scandal. (09.02.2013)

German Education Minister Annette Schavan lost her PhD on Tuesday after a committee at the University of Düsseldorf found sufficient evidence to support claims of plagiarism. (06.02.2013)