Abu Muhsin al-Masri, who was on the FBI's "most wanted terrorists list," has been killed in a special operation by Afghan security forces. The news comes amid an uptick in violence in the war-ravaged country. 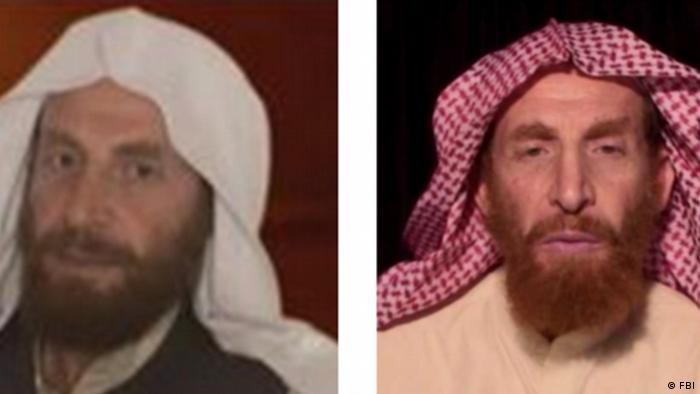 Afghanistan's National Directorate of Security (NDS) said late Saturday its special unit in the province of Ghazni had killed Abu Muhsin al-Masri, the "second-in-command" in al-Qaida.

Al-Masri, an Egyptian national, was on the FBI's "most wanted terrorists list." He was charged in the United States with conspiring to kill US nationals and providing resources to a foreign terrorist organization.

Rahmatullah Nabil, the former director of the NDS, said al-Masri and some other members of al-Qaida had been frequently traveling between Shawwal Valley and Ghazni for the past few months. Nabil suggested the movement could be related to a possible al-Qaida attack.

The NDS' special operation followed a suicide bombing at an education center in the Afghan capital, Kabul, which killed at least 24 people and injured 57.

In another attack on Saturday, a roadside bomb killed nine people in eastern Afghanistan, near Ghazni city.

A second roadside bomb killed two policemen who were traveling to the scene of the first bomb. No group has claimed responsibility for the bombings.

On Friday, rights group Amnesty International said at least 50 people has been killed in attacks in the past week, accusing the Taliban and the Afghan government of failing to protect people.

"The world must sit up and take notice. Afghan civilians are being slaughtered on a daily basis," said Omar Waraich, head of Amnesty's South Asia program.

Representatives of the Afghan government and the Taliban are currently negotiating a peace deal in Doha, Qatar.