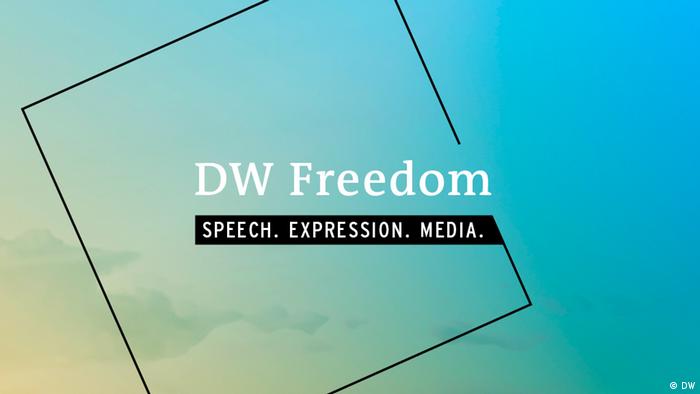 DW Freedom is a project of Deutsche Welle intended to heighten its support of the complex issues surrounding free speech, free expression and a free press around the world. The project engages DW’s global audience on these topics through dw.com/freedom as well as on Twitter and Facebook.

"We at Deutsche Welle support freedom of expression and access to free and independent media as a basic human right," said DW Director General Peter Limbourg. "DW Freedom is an initiative through which Deutsche Welle aims to strengthen its contribution toward achieving this goal.

The project works closely with DW's 30 language departments to find real stories about how these issues play out on the ground.

DW Freedom features not just the voices of journalists and academics but also artists, cartoonists, hackers, activists and authors – people with a unique take on how these freedoms impact their communities. The platform also works to advocate for all persons persecuted or harassed for speaking out, from journalists to activists to everyday people.

In 2015 Deutsche Welle established the annual DW Freedom of Speech Award to recognize those engaged in the daily fight for free expression. DW Freedom highlights the stories behind these and other free speech heroes.