Tanzanian novelist Abdulrazak Gurnah has won the 2021 Nobel Prize for Literature for his works exploring the effects of colonialism and the experiences of refugees.

The 2021 Nobel Prize for Literature has been awarded to Tanzanian novelist Abdulrazak Gurnah "for his uncompromising and compassionate penetration of the effects of colonialism and the fate of the refugee in the gulf between cultures and continents."

"Gurnah's dedication to truth and his aversion to simplification are striking," wrote Anders Olsson, chairman of the Swedish Academy, which awards the prestigious literary prize in the jury's statement. "This can make him bleak and uncompromising, at the same time as he follows the fates of individuals with great compassion and unbending commitment."

Leaving Zanzibar, which is now part of Tanzania, for Britain as a student in 1968, Abdulrazak Gurnah began writing works of fiction as a 21-year-old in exile and picked English over his first language, Swahili, for his literary works. His first novel, "Memory of Departure," was published in 1987.

An East African journey to the heart of darkness

Among Gurnah's 10 novels, his fourth, "Paradise" (1994), marked his international breakthrough as an author, earning him a nomination for the Booker Prize, the UK's highest honor for works of fiction.

The novel builds in intertextual references to other classics of literature, from the story of Yusuf in the Quran to Joseph Conrad's "Heart of Darkness," as well as Swahili documents from the 19th century.

On the self-image of the refugee

The author has also explored the refugee experience in novels such as "Admiring Silence" (1996) and "By the Sea" (2001), where his "focus is on identity and self-image," points out the Swedish Academy.

Told in the first person, these two stories' narrator is a man from Zanzibar who has escaped to England and who lies about his African past to protect himself from racism and prejudice.

In his typical literary style, Gurnah travels across time, geography, politics and personal relationships in these novels. 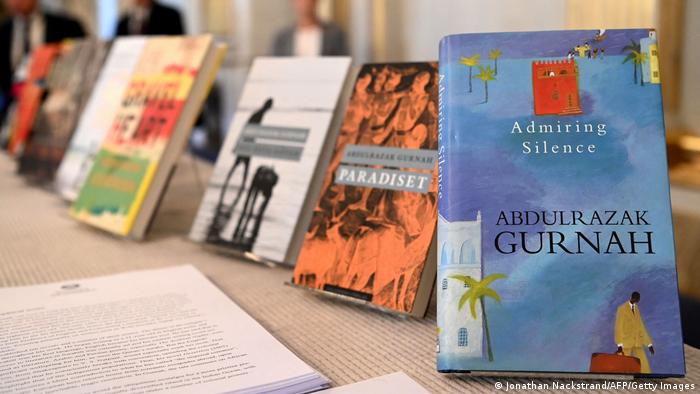 For example, in "Admiring Silence," the main protagonist, a teacher in a London school, finds comfort in making up for his wife and her suburban parents various romantic tales about post-colonial Africa, but he does not mention that he has completely lost contact with his own relatives in Zanzibar.

A saga on the atrocities of the German colonial rule

Gurnah's latest novel from 2020, "Afterlives," deals with racism, submission and sacrifice. Just like "Paradise," it is set at the beginning of the 20th century, briefly before the end of the German colonial rule in East Africa in 1919.

The saga follows among other protagonists a young man who is forced to go to war on the Germans' side and who is sexually exploited by an officer who otherwise serves as his protector. Covering several generations, the novel also explores the Nazis' unrealized plan for the recolonization of East Africa and the long-term impact of colonialism.

Gurnah, now in his early 70s, has recently retired from his position as Professor of English and Postcolonial Literatures at the University of Kent, Canterbury. Along with various articles on contemporary post-colonial writers, such as V.S. Naipaul and Salman Rushdie, he has also edited two volumes of "Essays on African Writing."

Despite his renown in post-colonial academic and literary circles, the author was not among the immediate favorites named to win the honor this year, which according to British bookmakers included Kenya's Ngugi wa Thiong'o, French writer Annie Ernaux, Japanese author Haruki Murakami, Canada's Margaret Atwood and Antiguan-American writer Jamaica Kincaid. 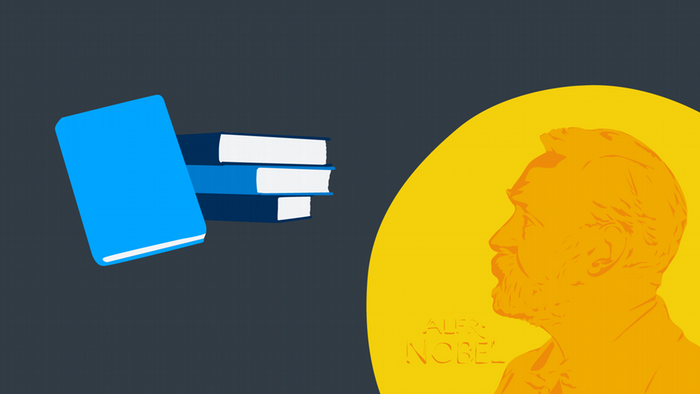 In 2019, the prize was awarded to Austrian writer Peter Handke, a controversial choice that led to protests because of his strong support of the Serbs during the Balkan wars in the 1990s.

While the Nobel literature prize recognizes one individual for their outstanding literary contribution, the Nobel science prizes typically honor two or three laureates, particularly if they have conducted joint research.

Earlier in the week, the Stockholm-based Nobel Committee named the winners in the categories of medicine, physics and chemistry. The prizes for outstanding work in the fields of economics and peace are yet to be announced.

The awards are traditionally presented on December 10, the anniversary of Swedish inventor Alfred Nobel's death.