Abducted couple found alive in Mali after 15 months in captivity 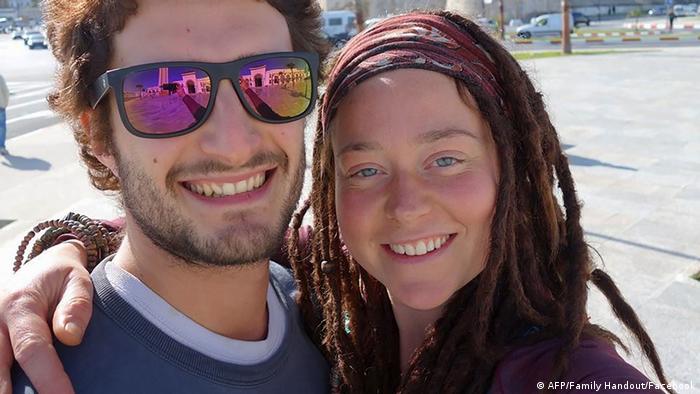 A Canadian woman and an Italian man kidnapped in Burkina Faso 15 months ago have been found alive near the northern Malian city of Kidal, a United Nations peacekeeping mission spokesperson said.

The couple, Edith Blais from Quebec and Luca Tacchetto from Venice, went missing while traveling through Burkina Faso in December 2018. They had been planning to go to Togo to work on a humanitarian project.

It is not known who was responsible for their abduction or whether any ransom was paid. Jihadi militants with ties to the "Islamic State" and al-Qaida are known to operate in the area and have kidnapped foreigners in the past.

"UN blue helmets found an Italian citizen and a Canadian citizen near Kidal, who had been taken hostage in Burkina territory in 2018," a security official from the UN mission — which is widely known by its acronym MINUSMA — told the Agence France-Presse news agency. "Both are well. They are under our protection."

Peacekeepers found the pair, both who are in their 30s, on Friday.

Freed and in good health

Olivier Salgado, a MINUSMA spokesman, announced that the couple appeared to be in good health after being flown to the capital, Bamako, on Saturday.

Salgado shared photos of a smiling Blais and Tacchetto at the Kidal UN base where they spent the night. The mission said the pair would be handed over to Mali authorities in the presence of diplomatic staff from both Italy and Canada.

Prior their abduction, the couple was driving by car to Ouagadougou from Bobo-Dioulasso, more than 360 kilometers (224 miles) west of the capital in Burkina Faso, when all connection with them was lost, Blais' family reported.

In April 2019, a government spokesman from Burkina Faso said the pair had been kidnapped and likely moved out of the country, but that they were not in any danger.

Hundreds of civilians were killed by jihadi groups last year in Africa's conflict-ridden Sahel region. Escalating tensions have prompted France and the US to send troops in a bid to curb ongoing violence.

According to Menastream, an independent risk consultancy, 10 foreign nationals from nine different countries are still being held in captivity in the Sahel.