Australian public broadcaster ABC has begun legal action following a police raid on its Sydney headquarters earlier this month. It has demanded the return of documents seized during the operation. 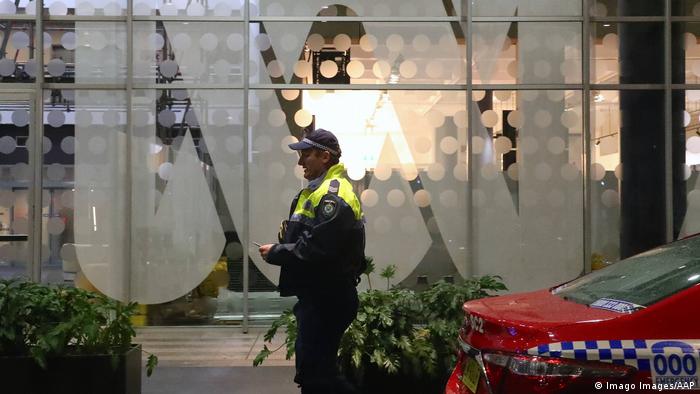 The Australian Broadcasting Corporation (ABC) said it went to court on Monday to challenge a raid conducted earlier this month by Australian Federal Police.

The ABC demanded an injunction to prevent police from accessing seized files relating to a 2017 investigative report — based on hundreds of pages of leaked secret military documents — about possible war crimes committed by Australian special forces in Afghanistan.

In its appeal at the Federal Court of Australia, ABC seeks to render the warrant authorizing the raid invalid. It also demands the return of seized files.

The broadcaster's lawsuit also challenged the constitutionality of the warrant to conduct the raid, "on the basis that it hinders our implied freedom of political communication," ABC managing director David Anderson said in a statement.

"The ABC is asking the Court for a declaration that the warrant was invalid on several technical grounds that underline the fundamental importance of investigative journalism and protection of confidential sources."

The Australian Federal Police has given an undertaking not to access the files — currently stored in sealed envelopes — until the court challenge has been determined, Anderson said.

The police service defended the raids, saying the warrants were related to "national security information" which had the potential to pose a "grave danger to the national interest."

A full court hearing is not expected to take place until late July at the earliest, Anderson's statement said.

Saudi Arabia rejects US report on Khashoggi's murder 3m ago