The American rapper had claimed the street brawl was an act of self-defense. The case gained widespread attention when US President Donald Trump asked the Swedish government to violate the independence of its courts. 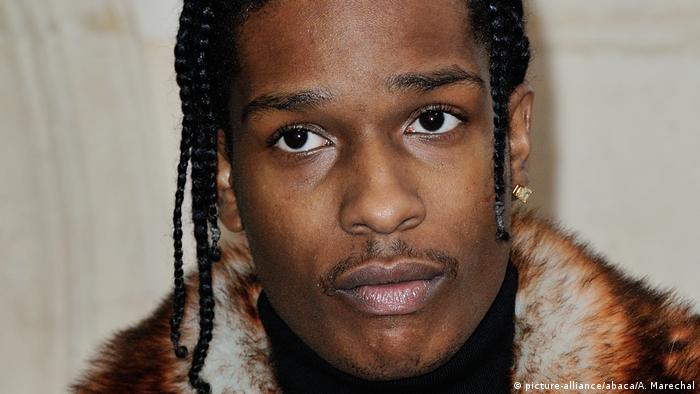 A Swedish court on Wednesday convicted American rapper A$AP Rocky of assault for beating a young man during a street fight in Stockholm.

A Stockholm court issued a suspended sentence to the musician, whose real name is Rakim Mayers. Two members of his entourage were handed a similar verdict.

Read more: Who is US rapper A$AP Rocky and why does Trump want to free him?

The 30-year-old artist had pleaded not guilty and claimed he acted in self-defense when two men were following him during the June 30 altercation.

The court said the defendants "assaulted the victim by hitting and kicking him" and "were not in a situation" to act in self-defense.

"In an overall assessment the court finds that the assault has not been of such a serious nature that a prison sentence must be chosen," the court said in a statement.

"The defendants are therefore sentenced to conditional sentences."

Prosecutors had asked for up to six months in prison for Mayers.

Mayers was not present for the verdict. His lawyer Slobodan Jovicic said he had hoped for "a complete acquittal."

The case gained notoriety after US President Donald Trump publicly lobbied Sweden's government to release the rapper, though Sweden rebuked Trump by saying its goverment could not interfere with the country's justice system.

Mayers and his two bodyguards were freed from a jail in Sweden on August 2 where they had been in detention since early July.

The rapper had described the monthlong stay in behind bars as "difficult and humbling."

American rapper Rakim Mayers was arrested three weeks ago in connection with a fight that broke out in Stockholm last month. The case of the Platinum-selling artist has drawn the attention of US President Donald Trump. (25.07.2019)