A year after bin Laden′s death, US-Pakistani ties still difficult | Asia| An in-depth look at news from across the continent | DW | 01.05.2012

The killing of bin Laden triggered a serious, albeit temporary, crisis in US-Pakistani relations. But more importantly, it redefined the relationship between the Pakistani civilian government and the military. 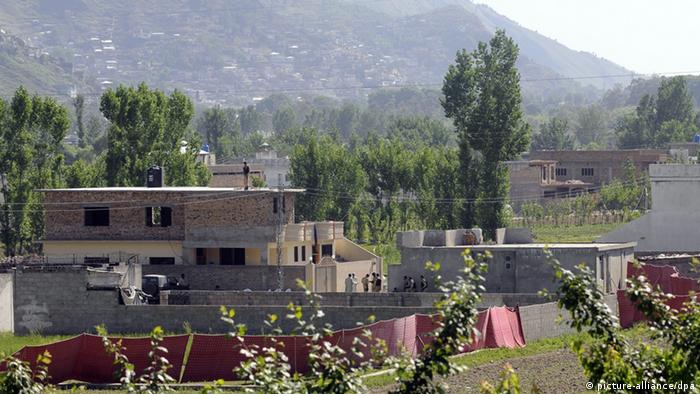 The killing of Osama bin Laden caused the greatest crisis in US-Pakistan relations in memory. It is possible that the US special operation had an even worse effect on Pakistan's domestic politics because it made clear that despite the denial of the military's powerful spy agency, ISI, the al Qaeda chief had been hiding in Pakistan for years.

The attack was a humiliation for Pakistani politicians who had been swearing to Washington for years that bin Laden was definitely not in Pakistan. Beyond that, it made the country's civilian government realize that the all-mighty ISI, or at least part of its leadership, knew that bin Laden had been hiding out in the garrison town of Abbottabad.

Iqbal Haider, former law minister under Benazir Bhutto, told DW that bin Laden was hiding out in Pakistan because there was no doubt that "the Pakistani establishment, if not the whole of it, are totally devoted to (protecting) extremists. The very fact that few days ago the Taliban attacked the Banu jail, would not be possible without the support and patronage of influential forces in Pakistan.“

Islamabad saw the incident as a degradation. Neither President Asif Ali Zardari nor the Pakistani military were informed about the US operation beforehand. The fact that the US Special Forces' helicopters were not detected by Pakistan's air defense challenged the presumption that the military was the only Pakistani institution still intact. On top of all that, the Pakistani president is said to have asked for help from Washington to avoid a coup d'etat shortly before May 4, rounding out the picture of a helpless Pakistan.

Owais Tohid, a political analyst from Karachi, said the killing of bin Laden not only redefined the ties between Islamabad and Washington, but also the future relationship between Pakistan's military establishment and extremists within Pakistan.

"The incident has allowed Washington to pressurize Islamabad ... It also put a lot of pressure on the Pakistani establishment domestically because before that there was no open criticism of Pakistan's policies vis-a-vis extremists and extremist organizations." 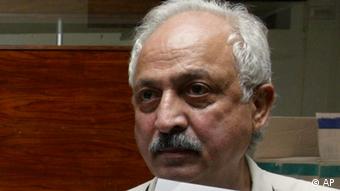 Though they are by far not the majority in Pakistan, liberal politicians like Haider speak out and voice criticism of the country's leadership.

"Religious fanaticism is not liked by me or any liberal person in Pakistan. But religious fanaticism and religious extremist forces have been patronized in the country … Forces that created the Muttahida Majlis-e-Amal (alliance of religious parties during Musharraf's rule) have now created Difa-e-Pakistan Council, the 'alliance for the defense of Pakistan.' They are rolling with billions of rupees. Also, the Arab countries are financing them. These forces love and support the Taliban. They refuse to condemn suicide bombing and terrorism by the Taliban."

Simply put: "Pakistan is at war from within," said Haider.

When a breakdown in communications in November last year led to friendly fire from the US that killed 24 Pakistani soldiers at the Afghan border, bilateral ties sank even lower.

"The killing of bin Laden did not harm US-Pakistani relations as much as the killing of about two dozen Pakistani soldiers in Salala last year," said Haider.

"That harmed the US-Pakistani relations quite severely."

Islamabad responded to the incident by boycotting the Afghanistan conference held in Bonn in December last year and by closing its Afghan border to NATO convoys. 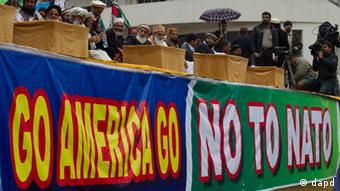 It will most likely take months, but Islamabad and Washington will find a way out of the current crisis. Both need each other. Pakistan needs domestic and military aid from Washington and Washington needs support from Pakistan to fight the Taliban and stabilize Afghanistan - prerequisites for a pullout of US forces from Afghanistan.

Domestic politics in Pakistan are changing. Not long ago, Pakistani Foreign Minister Hina Rabbani Khar said that the current crisis has weakened the military's traditional influence on the country's foreign and security policies. Evidence for this, she said, was an improvement in ties to India as well as the recent parliamentary debate over ties with the US. The debate, which took place two weeks ago, was a first; up to that point, it had been up to the military to debate bilateral ties with Washington.

The parliament decided that if the US stopped conducting drone attacks and also apologized for the November attack on Pakistani soldiers, it would open the border back up to NATO convoys. That may just be wishful thinking. But the fact that members of parliament and the foreign minister are speaking openly about relations with the US shows that the special operations killing of bin Laden put a lot in motion in Pakistan.

Pakistan is being urged to reconsider a decision to boycott a forthcoming international conference in protest at a NATO attack on military posts that killed 24 of its soldiers. (29.11.2011)

US told to vacate air base in Pakistan after deadly strike

The United States has been told by Pakistan to vacate the Shamsi air base, which has been used for secret drone activities, after a deadly strike killed 24 Pakistani soldiers. (05.12.2011)

The Pakistani army has reviewed the chain of command in the wake of a NATO strike that killed 24 troops last weekend. The blame game continues between Washington and Islamabad on who knew what. (02.12.2011)