A 'Utopia' in Björk's world of music

Björk's latest album, "Utopia," offers a visionary soundtrack for the current times. As Iceland's most famous singer and producer releases her ninth album, here's a look back at how her weirdness made her so popular.

Unofficially, Björk put out her first album in 1977, at the age of 12, after a tape of her singing was sent to Iceland's only radio station and she won a contract with a local record agency.

Most people outside of her native Iceland heard the singer's unique voice for the first time a decade later, however, when her punk band The Sugarcubes took to the international airwaves with their hit, "Birthday." As frontwoman for the band, Björk became the face of the "biggest rock band to emerge from Iceland" according to Rolling Stone magazine.

Considering the numerous, wide-ranging bands to follow their path to fame overseas — Sigur Ros, Olafur Arnolds, Of Monsters and Men — it could be said that Björk spearheaded a new musical movement,  one combining nature and technology; a mix of atmospheric noise, electronic beats and traditional musical tools.

Although The Sugarcubes broke up after three albums, Björk continued her career in her own name, releasing "Debut" in 1993 to great acclaim. Nestled into the burgeoning electronic dance music category, the album was unlike anything created before — and each song completely unique from the others, save one element: Björk's voice, at times angelic, at times angry. The hit "Human Behaviour," with its loud crescendo and raging guitar was the polar opposite of the sugar-sweet "Like Someone in Love," with its harp accompaniment. 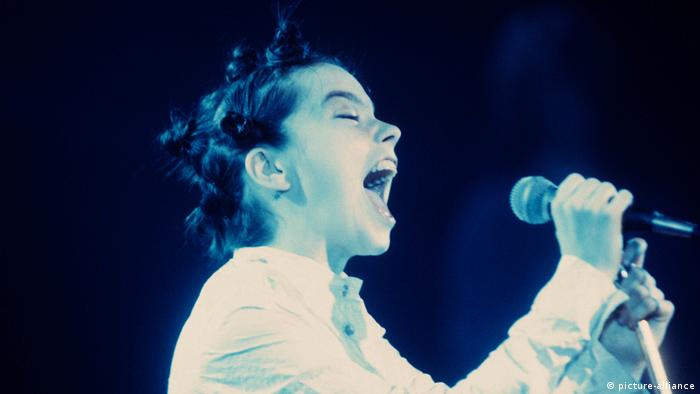 That polarity, combined with Björk's powerful personality, ensured her a place both on the Billboard charts and in the hearts of the freaks, geeks and punks. Her songs were played on the radio and videos were on repeat on MTV, and yet her originality and couldn't-care-less attitude won over club kids and members of the gay community. An original all-around artist, she appealed to both the mainstream and to people who saw themselves as outsiders.

"Debut" was followed shortly by "Post" and two years late by "Homogenic." Each new album expressed the versatility in Björk's repertoire. Whereas "Post" had a poppier beat, "Homogenic" took on the fast paces of the drum-and-bass sounds popular in London at the time of its release and secured Björk a fan base within the club and rave scene. It is also one of the first forays into the creation of music using a laptop and software, something the singer and producer has continued to experiment with throughout her career.

At the height of her early fame, the singer agreed to act in a musical tragedy directed by Lars von Trier, "Dancer in the Dark" — her first and only starring role in a movie, for which she took home the Best Actress award at Cannes. The movie, which follows the struggles of a single mother working in a factory who is slowly losing her eyesight, is filled with an Oscar-nominated soundtrack created by Björk herself, using everyday household sounds as background to the beats.

While her musical talents remained unparalleled — indeed there is no other artist comparable to Björk — her movie debut and involvement in fashion and the arts made the Icelandic singer a global phenomenon. She turned heads on the Oscar red carpet when she appeared in a tulle dress made to look as though a swan had been wrapped around her neck. On later tours, her stage costumes were designed by Alexander McQueen and Iris van Herpen and lent a fantastic touch to her performances. 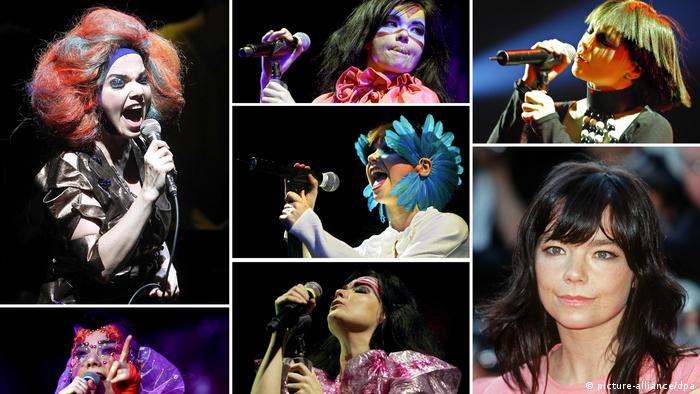 After making her much-lauded film debut, Björk returned to music. With "Vespertine," released in August 2001, she took a more melodic approach to creation, using harpists and a string orchestra to accompany the sounds of nature that she'd pre-recorded using software. On tour, she traveled with a chorus of women from Greenland whose cherubic voices make up the backdrop of an album that is simultaneously quiet and stirring in its power.

Like her previous releases, the album sold well, even as it stirred up controversy for her artistic music videos which were ultimately censored for featuring nipple piercings and simulated oral sex. Her artistic openness about sexuality drew more fans to the singer already well-known for her quirkiness.

As she released two more studio albums, "Medulla" and "Volta," she likewise carried on with performances and art contributions, including an experimental art film undertaken with her partner at the time, Matthew Barney.

In 2015, the Museum of Modern Art held a multi-media retrospective featuring a sound installation as well as several of her most unique stage costumes and elements from her music videos, including robots designed for the video to accompany the song, "All is Full of Love." Later that year, after learning of threats to leak parts of her next album online, Björk released "Vulnicura" in electronic format two months early.

The album was a shift from her earlier works, more personal in its lyrics, which were written as she coped with the break-up of her partnership with Barney, and much heavier, the sounds carrying weight emotionally.

A 'Utopia' for women

If "Vulnicura" exemplified the melancholy and rage felt after the death of a relationship, then the following album — "Utopia," released November 24, 2017 — responds to those feelings with a rage all its own.

A, dare say, feminist rage that provides a soundtrack to the current times. On the cover art, the singer is adorned in make-up and pearls — the work of Berlin-based avant-garde drag queen Hungry — and made up with a replica of a vagina on her forehead.

Shortly before its release, Björk took to her Facebook page to declare her support for women coming forward with sexual assault allegations by offering information about her own experiences with what she referred to as a "Danish director."

And that is what it feels like Björk is trying to do with her latest album. "Utopia," a versatile mix of love laments and rage, of natural noises and technological components, provides hope, even as it breaks from the mold of all the music that has come before it.

A 'Utopia' only Björk could build

Beloved for her innovative music, quirky style and a couldn't-care-less-about-norms attitude, Björk has become the voice of a generation of outsiders as she's created experimental soundtracks that reflect our times. (24.11.2017)