A Turkish first: feminine touch to new modern mosque | Europe| News and current affairs from around the continent | DW | 08.05.2009

Times are indeed changing: in Istanbul, a new mosque has opened that was not only built by an international designer, but the man in charge was, in fact, a woman. 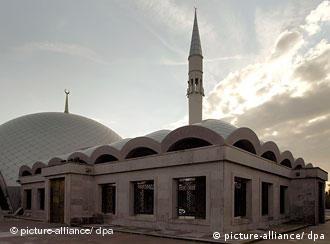 In a Turkish first, the international award winning designer Zeynep Fadillioglu was in charge of both design and construction of the Sakirin mosque. It opened for prayers on Friday.

Having already made her name designing hotels and homes for the super-rich in Turkey, Europe and even India, Fadillioglu says the mosque project was a once-in-a-lifetime opportunity for her.

"I think what is exciting is that I am a woman.

"Especially at a time when so much is being discussed wrongly: of Islam not allowing women to have equal rights, that a woman can build a mosque," she says.

Fadillioglu says it was the fact that she is a woman that enabled her to bring a different insight to the mosque's construction. 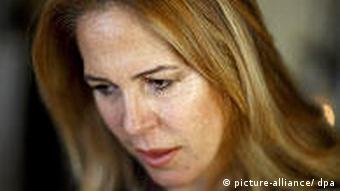 Fadillioglu says she cried when first offered the project

"I care more of the ascetical side, I care more of the public, I try to give a place to be really left with God and with their own self together rather than creating a symbol of what I am trying to achieve," Fadillioglu says.

The mosque, commissioned by a Turkish Saudi family as a memorial to their parents, is being seen as one of the most radical mosque designs in generations. It contrasts starkly with the typical modern Turkish mosques which are, invariably, merely copies of traditional designs.

The dome - made from composite aluminium - is like a cloth draped over a drinking glass. A polished stainless steel sphere dominates the courtyard.

Inside, a modern glass chandelier, made from hundreds of shards of glass, is the central element of the mosque.

But Fadillioglu says the mosque will, like Turkey itself, combine the old with the new. 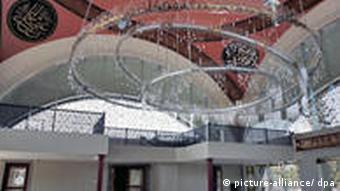 All of the processing drawings, interior design and conceptual design were made by Fadillioglu.

"Designing everything we tried to be contemporary but yet let's say not 'avant garde' or too futuristic, we don't want the public to reject the place.

"We want the public to feel a part of the place, rather than watching it as an incredible art object. I think it should be their own place, if they want (to come) 5 times a day or once a week,” she says.

A change in the air?

However, one man, who was walking past on his way for prayer at another mosque, in one of Istanbul's more conservative parts, said he was not interested.

"It's not normal, mosques are for men, not for women," he said.

"Women need to stay at home and look after the children. This is against the Koran, it's not natural that women have any place in building a mosque. Men and women have their own different roles and places and it shouldn't be mixed."

"Everybody has different duties, but Islam has always supported, gave very much importance to woman. Society is changing and it is very normal, natural development that a woman can build a mosque, why not?"

The mosque's opening comes as Turkey remains deeply divided over the role of religion within society.

Turkey and Armenia have reached an agreement on a comprehensive framework to normalize relations. Deutsche Welle correspondent Dorian Jones reports that the process carries some risk for the Turkish government. (23.04.2009)

President Barack Obama has said that the US "is not at war with Islam." He also backed Ankara's EU aspirations and called on the country to patch up relations with Armenia. (06.04.2009)

Religious leaders in mosques are for the large part men. In Germany, just over a dozen female imams work in their communities. Yet more women are urgently needed in the mosques for counseling and integration aid. (09.11.2008)

Listen to the extended report on the Sakirin mosque here