A tale about rural Germany triumphs at Cannes

Austrian director Michael Haneke won the Palme d'Or for best film at the 62nd Cannes Film Festival for his movie "The White Ribbon", a chilling story about rural Germany in the build-up to World War One. 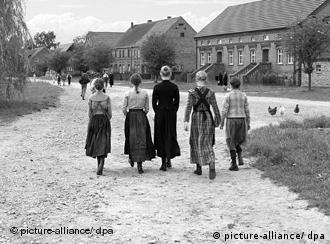 The very cinematic tale, filmed in black-and-white, examines themes of guilt, distrust and retribution among residents of a small German town besieged by tragedies and strange occurrences as World War I approaches.

France's Charlotte Gainsbourg clinched the best actress award for her taboo-defying role as a woman driven insane by grief in the shock Danish thriller "Antichrist", directed by Lars von Trier. 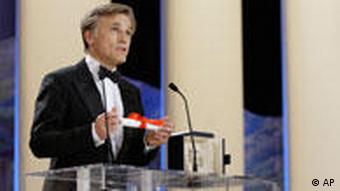 Best Actor Christoph Waltz was praised for being a compelling villain

Gainsbourg thanked the festival "for being brave enough to select films such as 'Antichrist'." 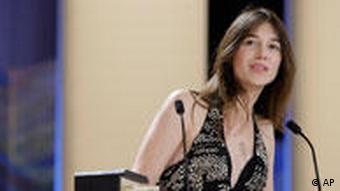 The best director prize at the festival went to Brillante Mendoza of the Philippines for his dark movie "Kinatay".

Resnais honored for his contribution to French cinema

Alain Resnais, at 86 the grand old man of French cinema, was awarded a special prize for his half-century career. The one-time "new wave" icon returned to Cannes this year with a surrealistic romantic comedy "Wild Grasses", 50 years after he raised a storm with "Hiroshima Mon Amour".

Arnold's "Fish Tank", a coming of age drama about a troubled teenage girl in a grim London suburb, was given the award along with Park's "Thirst", a tale of a do-good priest turned vampire and his secret love affair with a friend's wife.

With three co-productions in the competition section at Cannes this year, Germany is seeking to burnish its credentials as a major global film player and promote itself as a sought-after movie-making destination. (21.05.2009)

In a candid interview with DW, acclaimed director Wim Wenders, the last German winner of the Palme d'Or at Cannes, talks about the influence of US films, his love of road movies and his identity as a European filmmaker. (19.05.2009)

Cannes rolls out the world's most famous red carpet once again

Each May, a festival held on the French Riviera draws a collection of the world's leading cinema minds from all corners of the globe: the Cannes Film Festival. This year's edition kicked off on Wednesday. (13.05.2009)