A skiing holiday in times of climate change? 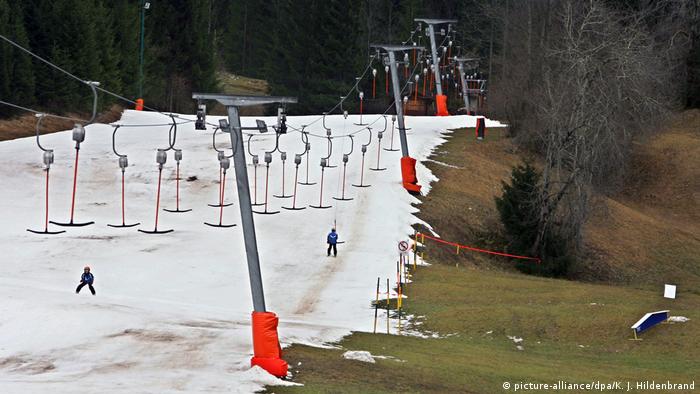 Slushy brown instead of wintry white. To the disappointment of many winter sports fans, snow is still not in evidence in many European ski resorts. Especially at lower altitudes such as the German low mountain ranges, which is why, with a few exceptions, the ski lifts are at a standstill. Climate researchers agree: White winters are going to become less frequent in the future — even in the high mountains. The snow line is rising, glaciers are melting. The Institute for Snow and Avalanche Research (SLF) in Davos, Switzerland, assumes that the snow cover of the Alps will decrease by 70 percent by the end of the century if no measures are taken to protect the climate. 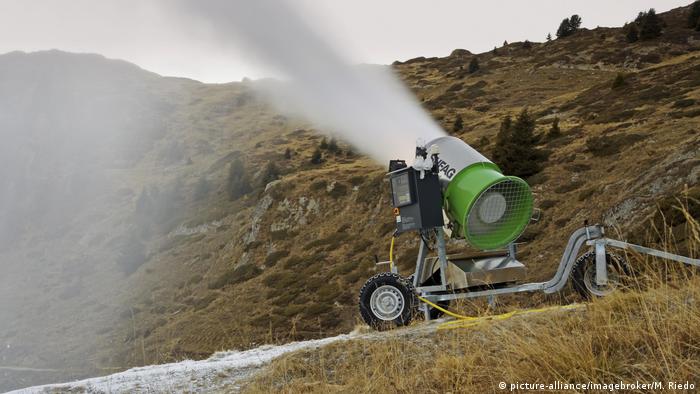 Ski resorts are gearing up

So will holidays in the snow soon be history? "In the next 15 to 20 years, it will probably still be possible to ski in regions above 2,000 meters (6,562 ft:)," predicts the renowned Alpine researcher Werner Bätzing. But after that, in 20 to 30 years, ski resorts will have to retreat to even higher regions. "However, very few people will be able to afford that," Bätzing said in an interview with DW. This is because in order to be able to maintain skiing operations in the long term, ski resorts are increasingly relying on artificial snow. However, this is expensive and consumes enormous amounts of water and energy — a step in the wrong direction, environmentalists complain.

In addition to snow cannons, an expansion of ski areas into higher altitudes is expected to help defy the effects of climate change. Bätzing sees this as a "catastrophic development". He points to the planned merger of the Tyrolean ski resorts of Pitztal and Ötztal, which would result in massive impacts on the partially untouched glacier landscapes, and calls for "an outright ban on further mergers of ski resorts." And he is not alone in opposing this. The Alpine Associations and the International Commission for the Protection of the Alps Cipra are also calling for such a ban. 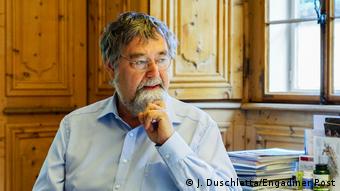 Getting to the holiday destination is a decisive climate factor

However, it is not so much the snow cannons and cable cars that are responsible for the climate compatibility of a skiing holiday, but rather the winter holidaymakers themselves. Around 70 percent of CO2 emissions are caused by their arrival and departure. Many ski tourists still travel to the Alps by car, so the air in the Alpine valleys is heavily polluted. There are plenty of environmentally friendly alternatives, Bätzing says, and you only have to use them: "The Alps are located in the middle of Europe and are extremely easy to reach by train." Some ski areas can be directly reached by train, and many others by shuttle bus.

The Austrian Federal Railways (ÖBB) are setting a good example: Since January 2020, they have expanded their connections to the Tyrolean ski resorts and are transporting winter holidaymakers from Germany and Austria to the mountains with additional night trains. 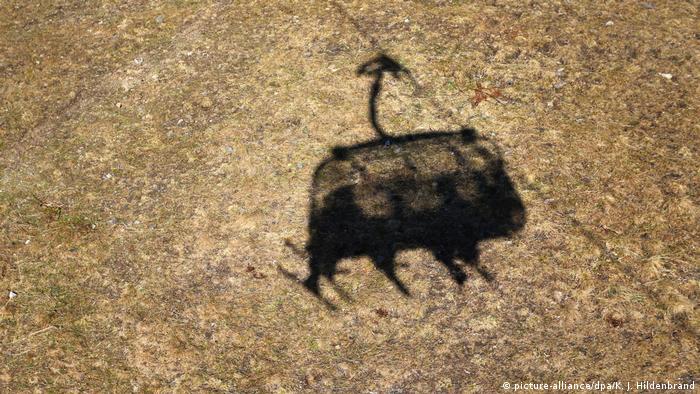 Where could the snow be?

And you can also take into account the climate compatibility of your own winter holiday while you are there. Small and medium-sized ski resorts are often more environmentally friendly than large ones. 21 of them have joined forces under the Alpine Pearlslabel and offer a "gentle" alternative away from the tourist masses. There are also sustainable alternatives in the choice of hotel: A small guesthouse has a much better climate balance than a 5-star hotel. Especially sustainable accommodations carry quality seals such as Viabono, the Austrian Eco-Labelor theBlue Swallow.

Whether sustainable or not: many regions will have to say goodbye to ski tourism in the long run. Especially at lower altitudes, producing artificial snow will no longer be possible due to rising temperatures. In its current "Monitoring Report on the German Strategy for Adaptation to Climate Change", the Federal Environment Agency therefore recommends "to develop more and more alternative offers that rely less or not at all on snow."

Some tourism associations are already rethinking their policy, for example in the Ore Mountains or Erzgebirge. In response to the lack of snowfall in the winter months, alternative offers such as guided torchlight and adventure hikes have been made available at short notice, Andrea Beyer of the Erzgebirge Tourism Association explained to DW. For some years now, the focus has been increasingly on winter hiking. The region also offers a variety of off-piste activities with over 100 leisure facilities such as thermal baths, leisure pools, railways, exhibition mines, museums, castles and palaces. Beyer is optimistic: "We are confident that our travel region, the Erzgebirge, has good prospects even when there is a lack of snow."