Concerts, exhibitions, city tours and performances: For an entire year, Germany will celebrate one of its most famous citizens, Ludwig van Beethoven, on the 250th anniversary of his birth. 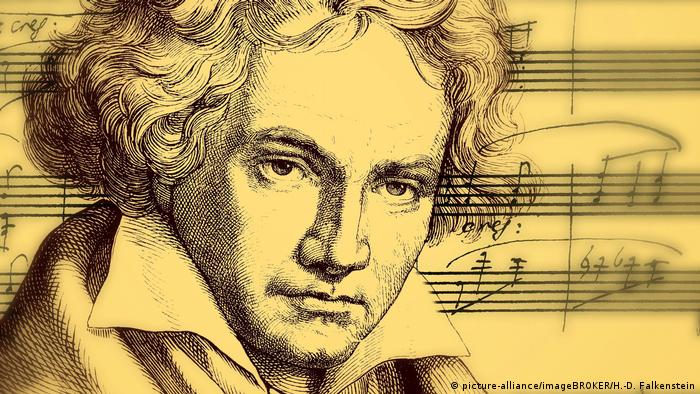 Around 1,000 concerts, opera performances, festivals and exhibitions are expected throughout Germany to underline the 250th anniversary of the birth of composer Ludwig van Beethoven (1770-1827), arguably Germany's most famous citizen, as said Commissioner for Culture and the Media Monika Grütters on Friday at a press presentation for the upcoming anniversary year, also known as BTHVN2020 .

The city of Bonn, where the composer was born and lived until he moved to Vienna at the age of 22, will play a central role in the anniversary year's program, added North Rhine-Westphalia's Minister President Armin Laschet. 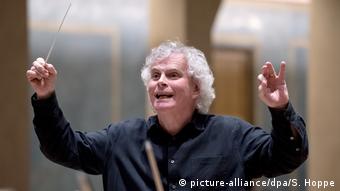 Highlights include a concert by the London Symphony Orchestra with Simon Rattle and violinist Lisa Batiashvili as well as the premiere of the commissioned work "The Nine" by Chinese composer Tan Dun.

The Berlin Philharmonic Orchestra is planning a 24-hour Beethoven marathon on April 25.

The German-French cultural channel Arte will be broadcasting live the performance of all nine Beethoven symphonies from different cities.

Daniel Barenboim will be closing the event on December 17, 2020 with a performance of the Ninth Symphony with his West-Eastern Divan Orchestra in Bonn.

The German federal government is funding the anniversary to the tune of €27 million ($33 million), the City of Bonn is contributing €5 million and the Rhein-Sieg-Kreis rural district is adding another €1.5 million.

Read more: The many women in Beethoven's life

The letters in the anniversary year's logo "BTHVN2020" stand for the German words for five key aspects, or "pillars," of the composer's character: Beethoven as a citizen, as a composer, a humanist, a visionary and a nature lover.

The planned events will correspond to these five pillars. Some examples:

"B" for Bürger (citizen): These events include the "Beethoven Bürgerfest" (people's party), a Beethoven procession tracing his life in Bonn and the surrounding area, the illumination of the city in sound and light, as well as the new presentation and extension of Bonn's Beethoven House — the house where the composer was born.

"T" for Tonkünstler (composer): during the anniversary year, the complete works of the extremely productive composer will be presented. The Beethovenfest, which normally takes place in September, will have an extra season early in the year. New music will be commissioned and jazz, rock, pop and club music will be given a Beethoven twist.

"H" for Humanist: A citizens' initiative in the anniversary will seek to organize 2,500 concerts in private households throughout Germany. An exhibition on the subject of Music and Politics is planned, and the significance of Beethoven's Ninth Symphony in various cultures in the world will be illuminated. The art of dance is represented in "Beethoven MOVES," a choreography project.

"V" for Visionary: In a project named FUTURA, a "concert barge" is to travel the waterways from Bonn to Vienna and perform experimental music. In the "New Music Base Camp," young people will learn the basics of music composition. A festival with 21st century music as well as virtual sound environments and musical experiments in internal spaces are to round out the theme.

"N" for Nature: In the, Beethoven Pastoral Project, concerts and performances will take place in a world-spanning network on World Environment Day 2020. Excursions to the countryside and picnics are also planned.

Beethoven's 'Moonlight Sonata': To the moon and back to Germany

A timeless classical music hit, Beethoven's "Moonlight Sonata" is the inspiration for this year's Beethovenfest in Bonn. It's been performed all over the world and has even been sent into outer space. (06.09.2019)

Just months ahead of celebrations next year honoring the 250th birthday of Ludwig van Beethoven, the city of Bonn unveils a new multi-media tour dedicated to its most famous son. (11.10.2019)

Sunlight had damaged the composer's historical statue. The Bonn landmark, unveiled in 1845, has returned to its location after six months of restoration.

Beethoven anniversary project BTHVN2020 is Cultural Brand of the Year 02.12.2021