"A New Start for Germany and Europe"

As Europe commemorates VE Day, British professor Sir Ian Kershaw, one of the leading authorities on 20th century German history, talked to DW-WORLD about the end of the war as a new beginning for Germany and Europe. 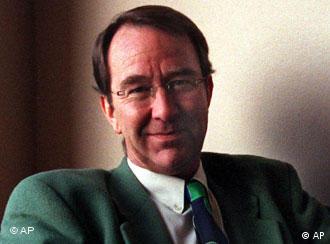 Ian Kershaw: May 8, 1945 was the end of an era, which embraced the period of the two world wars. And, although no one could see it at the time, with Europe in ruins, it opened the way to a new start for Germany and a new start for Europe. It took a long time to develop, but the end of the Second World War, was the prerequisite for that, the basic thing that needed to happen in order to allow that new start to take place.

May 8 has sometimes been described as Germany's Stunde Null, the country's "zero hour." But critics of such a description point out that many Nazis continued their careers, though in a different political system. Can we really speak of a "zero hour" for Germany?

Nevertheless, May 8 marks a caesura in European and, in particular, in German history. The end of the war was the major turning point between the two halves of the century. The second half of the 20th century was shaped by the Second World War -- and also by the Holocaust.

Is May 8, 1945, comparable in its significance to other major developments or dates in world history?

The only parallel analogy that comes to mind is the end of the Napoleonic era. 1815 was a new start for Europe. And yet, the break in 1945 was more profound than in 1815. After the war, it took several years before things started to congeal and settle down. But once they did, we see a Europe that's far more transformed in 1945 than it was in the aftermath of 1815. 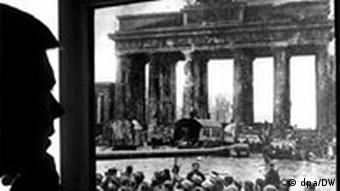 After frenzied fighting for Berlin, soldiers of the triumphant Red Army stand in front of the burning Brandenburg Gate in 1945.

Do you think the interpretation of May 8, 1945, and the war has changed in Germany over the years?

Unquestionably. In 1945 and the immediate aftermath, people couldn't be expected to think in the same way that the present generation does about the significance of 1945. Most people saw their land occupied, saw this as a major defeat. (German historian Friedrich) Meinecke's book "The German Catastrophe" (1946) hints at the notion of this as a particularly German catastrophe. People today see this as, in a way, a necessary catastrophe that had to befall Germany, a necessary ruination to destroy the continuities which had bedeviled German history going back way before the Hitler era. Now people see that as a necessary Untergang or downfall, as a liberation for Germany, as the opportunity to start again and to build a country and a society which had radically different values, gradually developing until we have a completely transformed society compared with that that existed in the Hitler era and even before.

How has the perception of the Holocaust changed in Germany over the past 60 years?

It's changed quite markedly. In the 1960s and '70s, there was remarkably little public discussion of the Holocaust. There was some scholarly work done on it, which I don't think was extensively read. There was a general readiness to accept that Germany had been involved in terrible things in the Second World War, but not a readiness to examine the position of different sectors of German society in those events -- a readiness to blame Hitler and his clique in a totalitarian state for what took place, but to distance society from it. 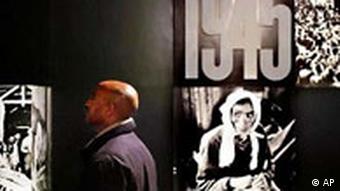 A tourist looks at images of holocaust survivors that were taken on liberation day at the Auschwitz-Birkenau concentration camp that are on display at the Yad Vashem Holocaust Memorial in Jerusalem.

Since then we've had two things happening: One is in historical research generally, and penetrating through to wider sections of society. The emphasis upon Alltagsgeschichte (the history of everyday life) that began in the 1970s started to reveal the complicity of ever greater sectors of society in the policies of the Nazi regime, particularly racist and anti-Semitic policies.

But more important was a rather banal TV film, which was called "Holocaust," in 1979. The impact of it was to stir up interest more widely in Germany in the fate of the Jews under Nazi rule. It's only in the 1980s that this starts to make real headway in public consciousness.

What I'm unsure about and have no way of judging is whether this remains largely at the level of what I might call the intellectuals or intelligentsia and the media, or whether it really penetrates down to the grassroots of society.

Are there any major differences in the interpretation of the Third Reich and World War II between German and non-German experts?

They share common ground. German history between 1871 and 1945, and the Nazi era quite especially, is in a very real sense world history. We have a world community of scholars who work on this and are in contact with each other. There are no serious differences or divergences in interpretation between German scholars and those scholars outside Germany. 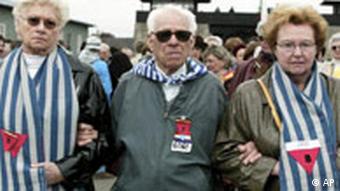 Some fear that interest in World War II may wane as more and more eyewitnesses die. Do you share this fear?

Sixty years since the end of the war may well be the last time that one can reflect on these events with eyewitnesses still around. It may be that a peak of interest has been reached now and that there will be some decline. If you look at Britain, the television channels, for example, have in a sense reached saturation point on the Second World War, and they're no longer getting the same viewer figures that they did some years ago. That's a fairly natural development.

However, if one thinks from that that there is going to be a serious revision or reevaluation of the significance of the Second World War, of the Holocaust, of Hitler and the Nazi era, that would be mistaken. As long as we hold on to the liberal, humane values which still permeate Western society, the Hitler era will be seen as the most dramatic attempt to upturn those values and completely restructure society along totally different, inhumane lines. As long as that underlying essence of humanity remains in European society, there won't be a fundamental alteration in the interpretation of Hitler and the Second World War.

"We Must Jointly Talk About Our History"

As ceremonies in honor of the 60th anniversary of the end of World War II near their climax, DW-WORLD spoke to Germany's culture secretary about German tributes and the necessity of a pan-European perspective. (May 7, 2005)

Sixty years after World War II, Russia and Germany have joined hands to honor the victims. The countries' leaders said in a joint interview that Germany was responsible for the war, adding that it also suffered greatly. (May 6, 2005)

A "Day of Democracy" Against Neo-Nazis

Berlin, the final battlefield of WWII, is planning a "Day of Democracy" filled with activities designed to keep neo-Nazis from making an appearance. A high court ruling on Friday helped its cause. (May 7, 2005)