A look at Taiwan's general elections

On January 16, Taiwanese voters will head to the polls to elect a new president, vice president and representatives in the Legislative Council. DW examines the history and mechanisms behind the elections. 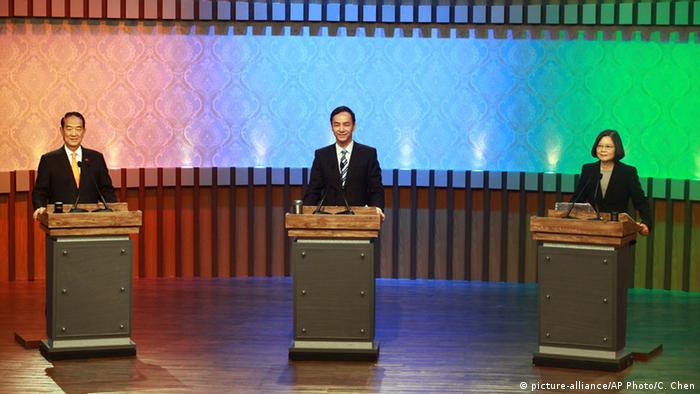 On the one hand, this election is an assessment of the performance of President Ma Ying-jeou's government. On the other hand, Taiwanese voters will have to decide on the island's political direction in the next four years.

Ma's government claims the island has made progress in terms of welfare, justice as well as cross-strait and international relations since he took office in 2008. However, polls show the Taiwanese public has a different opinion.

The ruling Kuomintang's (KMT) rout in the 2014 local elections revealed the extent of popular discontent with the party. Taiwan would see a change in leadership if the Democratic Progressive Party (DPP) were to win this election. Its top candidate, Tsai Ing-wen, would become only the second DPP president and the first female president of Taiwan. 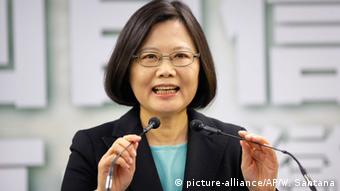 If the DDP's Tsai Ing-wen is elected, she will become Taiwan's first female president

What role would the newly elected Legislative Council play in Taiwanese politics?

Over the past 66 years, KMT members have made up the majority of the Legislative Council, despite the fact that the DDP ruled the island from 2000 to 2008. The KMT-led legislature thus became a stumbling block for then-DDP leader Chen Shui-bian. Knowing its chances for winning the 2016 presidential election are slim, the KMT has called on voters to elect a Legislative Council capable of balancing out the DPP should the latter win the presidential poll.

A number of "third force" parties are also taking part in the Legislative Council election. They would play decisive roles if elected to the assembly.

How does Beijing see this election? 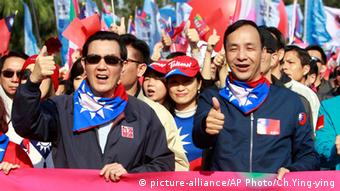 Beijing is critical to a potential DDP election victory. Just before the 2000 presidential poll, former Chinese Premier Zhu Rongji had warned the Taiwanese that "those who are pro-Taiwan independence will not have a good ending." Some analysts said the provocative speech actually boosted support for then-DPP pro-independence candidate Chen Shui-bian. As for the upcoming election, China's Taiwan Affairs office has reiterated its position of "not interfering, not commenting."

How does the presidential election work?

Jet Li, or Li Lianjie? It's not uncommon for people from the Chinese-speaking world to have two different names - a Chinese and a Western one. While this serves a practical purpose, it also has social implications. (08.01.2016)

The Taiwan Strait is still a dangerous trouble spot. Now for the first time, China's and Taiwan's leaders met in person. While the meeting had little substance, it was still important, says DW's Matthias von Hein. (07.11.2015)

Presidential elections in Taiwan are conducted according to the principles of universality, fairness, directness, secrecy and plurality. Citizens over 20 years of age are eligible to vote. A president can only be elected for up to two terms of four years each. So far, the presidents elected through direct elections have been Lee Teng-hui, Chen Shui-bian and Ma Ying-jeou.

How is the Legislative Council elected?

The remaining six are elected by the island's aboriginal minorities.

Who is running for this Legislative Council election?

How many eligible voters are there in the 2016 general elections?

19 million of Taiwan's 23 million people are eligible to vote. 1.2 million are first-time voters.

How many votes does each voter have?

Since the 7th Legislative Council election in 2008, Taiwan has adopted the system of "single-member district, two vote," meaning that each district selects one legislator directly, while a separate vote distributes seats proportionally to political party lists on a nationwide basis. Voters in the 2016 general elections will also be able to elect a president and vice president. 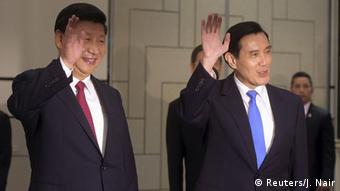 China has reiterated its position of "not interfering, not commenting" on Taiwan's election

When are the polling stations open?

Voters can cast their ballots on January 16 from 8am to 4pm in 15,582 polling stations across the island. It is not possible to cast votes via mail.

When will the newly elected president and legislators take office?

The newly elected president will be inaugurated on May 20, 2016, while the new Legislative Council will take office on February 1, 2016.