A deadly occupation: Environmentalists in Honduras

One year ago, environmentalist Berta Cáceres was murdered in Honduras – most likely because she was fighting a controversial dam project. The crime has yet to be solved and killings in the country continue. 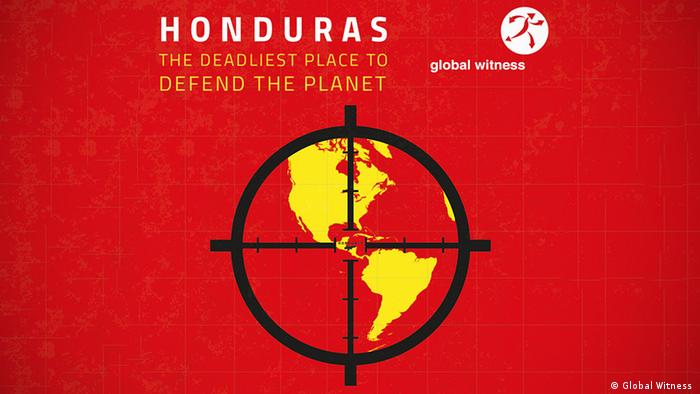 The killers arrived at dawn. On March 3, 2016, several masked men forced their way into Berta Cáceres' house in La Esperanza and shot the prominent environmentalist to death. Many of her supporters are convinced that someone contracted Cáceres' murder because she was actively opposed to a controversial hydro-electric project in northwestern Honduras. The 42-year-old was a coordinator for the Civic Council of Popular and Indigenous Organizations of Honduras (COPINH), and engaged in the fight against a proposed dam on the Rio Gualcarque. Should the project go ahead, the dam will flood much of the property belonging Honduras' indigenous Lenca community. The mother of four's murder was received with shock around the world. Nevertheless, more than a year after her violent death, only uncertainty remains – both concerning the investigation of the crime and the future of the "Agua Zarca" power plant project.

Eight suspects have been arrested so far, among them ex-military men and employees of the Honduran energy company DESA, which wants to build the dam. Yet little more than that has been made public. "The behavior of the Honduran government doesn't exactly invite confidence in the fact that the case will ever be solved," says Mexican environmentalist Gustavo Castro Soto, the only eyewitness to the crime. 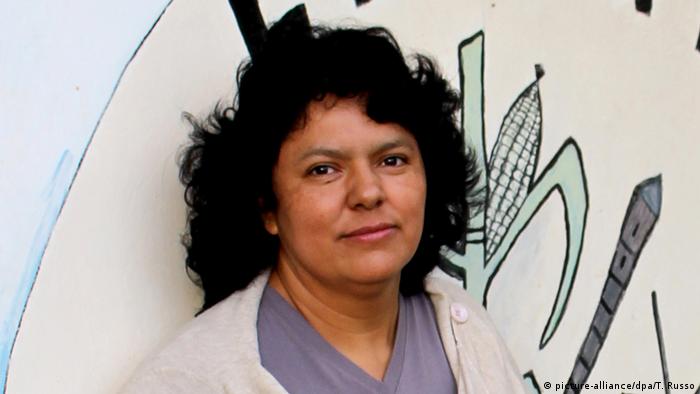 'Most dangerous country on earth'

The murder of Berta Cáceres is not unique – environmentalists are regularly murdered in Honduras. Just a few weeks ago, the international NGO "Global Witness" published a new study that declared Honduras "the most dangerous country in the world for environmentalists." According to research conducted by the organization, some 120 environmentalists have been killed in Honduras since 2010 because they were trying to protect the environment. Berta Cáceres may have been the most prominent member of COPINH to be murdered, but she was certainly not the only one – several other members of the indigenous organization were murdered last year as well.

There are accusations that the Honduran government is actively engaged in these murders. Berta Cáceres was apparently suspicious as well. Three years ago, she told news channel Al Jazeera that the Honduran army had a hit list containing the names of 18 environmentalists – and that hers was at the top: "If they want to kill me they will." 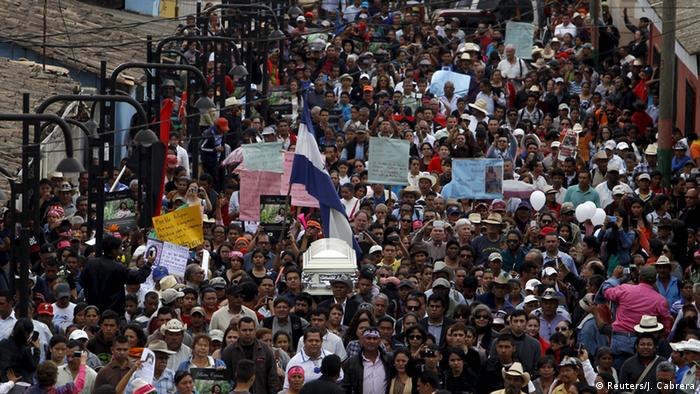 The controversial "Agua Zarca" hydroelectric project was made possible, in part, by financing from European development banks FMO (Netherlands) and Finnfund (Finland). Turbines for the project are to be delivered by the German company Voith Hydro, in which Siemens owns a minority stake. However, both European financiers and Voith put cooperation with DESA on hold after Cáceres' murder.

It is often the support of European investors and companies that make contentious projects like "Agua Zarca" possible in the first place. NGOs, such as "Counter Current" and Oxfam Germany, have accused Siemens and Voith of breaking UN principles, outlining economics and human rights in a report that they published in May 2016. The reason behind this is that a human rights analysis of the "Agua Zarca" project was never carried out.

Will presidential elections speed the investigation?

The accused companies deny any responsibility – turbine-maker Voith claims that all of the necessary analyses and authorizations had been completed by the time contracts were signed. The company has said that the delivery of goods will be made contingent upon the results of ongoing investigations into the Cáceres murder.

Honduras' upcoming presidential elections in November could help move the murder investigation along. "The government will try to wrap up the case before the election campaign begins," says Stefan Ofteringer, human rights advisor at Misereor, the aid organization of the Catholic Church in Germany. "It will do everything it can to ensure a harsh verdict against one or more of the eight suspects." Nevertheless, those who are truly behind the murder are still at large – and there is very little to suggest that anything will change on that front in the coming months.

Mourners at a memorial for murdered Honduran activist Berta Caceres have called for justice. There has been international condemnation of her assassination, which followed a series of death threats. (05.03.2016)