A brief guide to the EU's Lisbon Treaty

The Treaty of Lisbon is set to finally go into force on December 1. DW-WORLD.DE answers some of the most pertinent questions about the landmark European reform document. 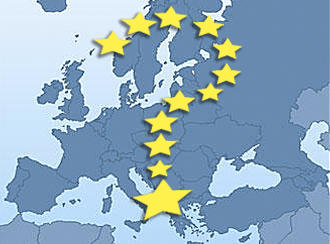 The Lisbon Treaty would create the role of European president

What is the Treaty of Lisbon?

The Treaty of Lisbon, which was approved by EU leaders at an EU summit in the Portuguese capital in December 2007, is a blueprint for running the 27-member European Union more efficiently. It has been ratified by each of the bloc's members.

What would the Treaty of Lisbon do?

The document is meant to change the EU in the following ways:

This is one of the most controversial proposals as the idea was initially opposed by smaller EU nations but was forced through by the larger member states. The president would serve a two-and-a-half-year term, replacing the current system of a rotating six-month presidency, and will not be allowed to serve more than two terms.

Essentially the EU's foreign minister, this role combines the posts of current foreign affairs chief Javier Solana and External Affairs Commissioner Benita Ferrero-Waldner and will be the bloc's point person for world affairs.

The treaty intends to introduce majority voting, which will allow votes to be carried on a 55-percent majority as long as that majority also represent 65 percent of the European population. This would be phased in between 2014 and 2017.

How smooth was the ratification process? 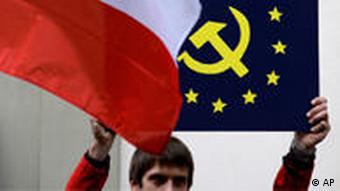 Not everyone is a fan

Every country except Ireland left ratification of the treaty to their parliaments. The Irish rejected it in a first referendum in 2008, but voted "yes" the second time around, in early October 2009.

Czech President Vaclav Klaus, one of Europe's most vocal opponent's of the legislation, became the last EU leader to sign the landmark EU document into law in early November, after both the lower and upper houses of parliament in Prague had already approved the treaty.

Britain's Blair not everyone's darling in race to EU presidency

With the Irish 'yes' in the bag, the Lisbon Treaty, which would create the post of EU president, has moved closer to becoming reality. Some say Tony Blair will get the job. Others say he's from the wrong country. (06.10.2009)

The EU's biggest skeptic under pressure to sign treaty

In the wake of the Irish "yes" vote on the EU's Lisbon Treaty, and with Poland expected to follow suit at some point, all eyes are now on one man: Czech President Vaclav Klaus. (06.10.2009)