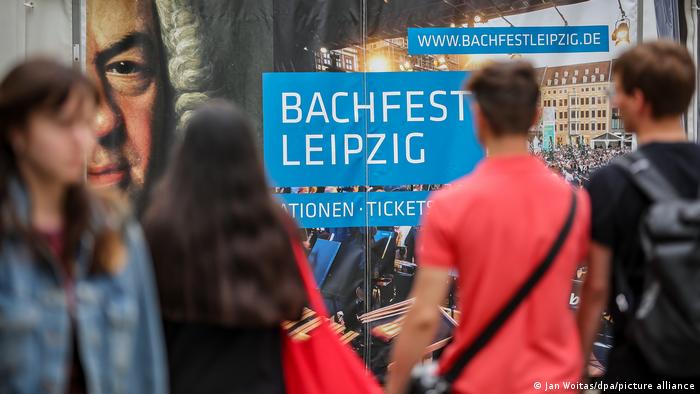 Mozart, Beethoven, Chopin, Shostakovich: They all studied Johann Sebastian Bach's "Well-Tempered Clavier." 300 years ago, Bach published what is probably the most influential piano work in the history of music.

Bach composed 24 preludes and the related 24 fugues in all major and minor keys for this "practice book," which was "for the benefit and use of the musical youth eager to learn," as Bach wrote in the explanatory note. To this day, aspiring pianists worldwide perfect their technique by playing the work.

"It was part of the musical armory, what you had to know. Robert Schumann called it 'the work of all works,'" said Michael Maul, artistic director of the Leipzig Bach Festival.

On June 16, Hungarian pianist Andras Schiff performed all 48 pieces from the first part of the "Well-Tempered Clavier" in Leipzig.

"I love them dearly," said Schiff of the preludes and fugues, adding that the prelude and fugue in B minor are "just colossal."

Performing in Leipzig's Gewandhaus, Schiff received a standing ovation for his latest Bach interpretation. He was subsequently awarded the Bach Medal of the City of Leipzig for his cultivation of Bach's works.

"Unfortunately, I have no talent for composing, but if you know what makes a great composer like Bach, you also know what not to do, which is to compose something mediocre," Schiff said in his acceptance speech.

The second best thing, therefore, is to become a good Bach interpreter, he said. "I will continue to play Bach every day on the clavichord in my living room," the 68-year-old added. 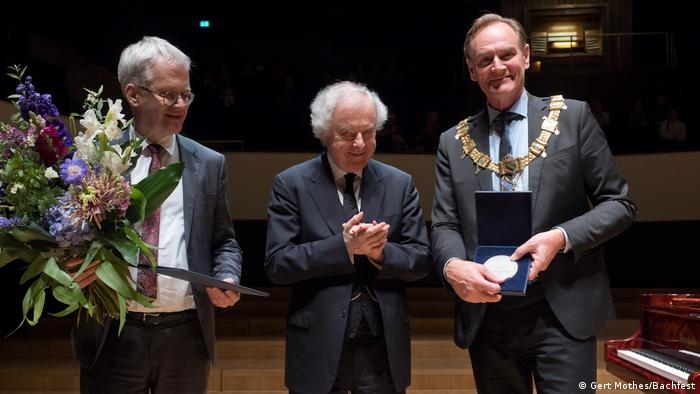 Andras Schiff is presented with the Bach Medal

The art of 'beautiful' instrument tuning

Bach's son Carl Philipp Emanuel Bach once wrote that his father's harpsichord was tuned "so purely and correctly that all keys sounded beautiful and pleasing."

In the 17th and 18th centuries, the intervals between different notes within a key was not yet as uniform as it is today, with all notes a semitone apart.

But 300 years ago, harpsichords were tuned to sound "pure," as the younger Bach so admired. Playing a different key with the same tuning could sound off, meaning you had to tune the instrument differently for each key you wanted to play.

Today however, all 48 pieces can be played on one standardized tuning, notes Michael Maul.

In Eisenach, where Bach was born in 1685, an exhibition at the Bach Haus (running July 1 through November 6) allows visitors to recreate the tunings common at that time on a synthesizer.

One of them is the "Well-Tempered Tuning," which the theorist and organist Andreas Werckmeister designed in the 17th century.

"In the 'Well-Tempered Clavier', no key is tuned purely, and that's the trick; it's a compromise through which all keys are playable," explains Jörg Hansen, director of the Bach Haus in Eisenach.

This trick gave composers to freedom to create without restrictions, Hansen added.

Twenty years after Part 1, Johann Sebastian Bach composed another 48 preludes and fugues in all 24 major and minor keys. The more extensive work was performed by Canadian pianist Angela Hewitt at the Leipzig Bach Festival.

According to legend, Bach began composing the "Well-Tempered Clavier" during four weeks in a prison cell in Weimar in 1717 — his crime was wanting to leave the service of Duke Wilhelm Ernst.

In 1790, the German composer and author Ernst Ludiwg Gerber wrote that Bach composed his defining work "in a place where discontent, long hours and a lack of any kind of musical instruments made this pastime difficult for him."

This could have been the prison cell, but the exact location is not mentioned.

"Another theory leads to Karlsbad," said Jörg Hansen, referring to the period when Bach was Kapellmeister (master of the chapel choir or orchestra) for Prince Leopold — ruler of the principality of Anhalt-Köthen in what was then the Holy Roman Empire. The theory goes that on a visit with the court orchestra to the spa town in the current-day Czech Republic in 1720, Bach was "bored" and spent his spare time composing.

While Bach's passion works and cantatas initially lost importance after his death, his organ and piano works set standards that are still maintained.

Russian 19th and 20th century composers Dmitri Shostakovich, who wrote 24 preludes and fugues, and Alexander Scriabin, who also composed 24 preludes using every key and designed colors to go with them, were were heavily inspired by Bach.

"It has influenced the idea of the relationship of the keys," says Jörg Hansen of the formative influence of the "Well-Tempered Clavier."

"It is the guiding work of our idea of classical music."

Hamburg's iconic concert house opened its doors on January 11, 2017. To mark this anniversary, we've picked out some surprising facts and figures about the futuristic building.

Michael Maul on 'Bach - We Are Family'