3 things you need to know about Italy, the Norcia earthquake and ′airbag′ housing | Science| In-depth reporting on science and technology | DW | 25.08.2016

It's impossible to predict earthquakes. We know that. We also know regions such as the Apennines in Italy are prone to shake. There's little we can do but build resistant housing. Here's why. 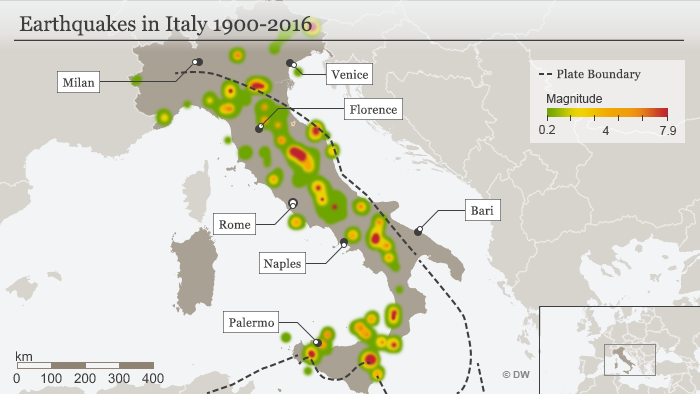 A brief history of Italian quakes

Italy has experienced 125 "significant earthquakes" since 1900. Twelve of those earthquakes struck in the past 16 years. They range from a magnitude of 3.5 in 1973 to magnitude 7.9 in 1905. At magnitude 6.2, the earthquake on 24 August 2016 was the eighth strongest in the region since the turn of the last century. The 2009 L'Aquila quake measured 6.3. A US National Centers for Environmental Information database lists 318 significant earthquakes in Italy since 1450 BC, including one at Pompeii in 63 AD.

A meeting of tectonic plates

The US Geological Survey says the region around the earthquake's epicenter at Norcia is "tectonically and geologically complex." The quake resulted from a "shallow normal faulting" in the Central Apennines. 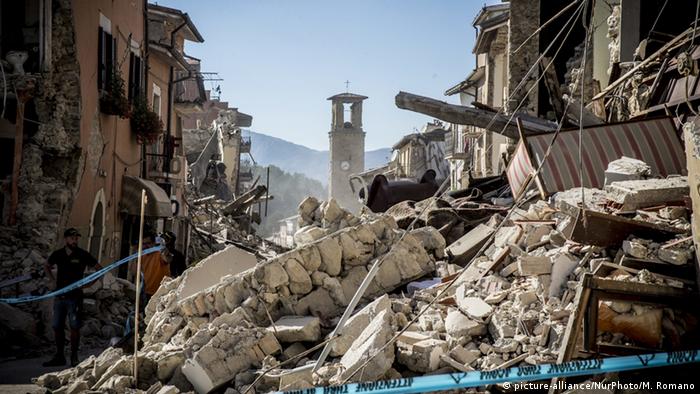 The Apennines is a mountain range running the length of Italy from north to south. It was formed due to a process known as "subduction," where tectonic plates collide. Now this very region is being torn apart.

One of the main complexities is the meeting - and parting - of the African and Eurasian plates. The Eurasia plate moves in a northeasterly direction at about 24 millimeters (about 1 inch) per year.

We often focus on the number of deaths caused by earthquakes - and it stands to reason. But the damage caused to buildings is often far greater in pure numbers. A September 1997 earthquake in Umbria and Marche killed between 11 and 14 people (depending on the source of information), injured 100 people, and destroyed 800,000 homes. It was part of the "Umbria-Marche Seismic Sequence," which involved eight shakes over two months. 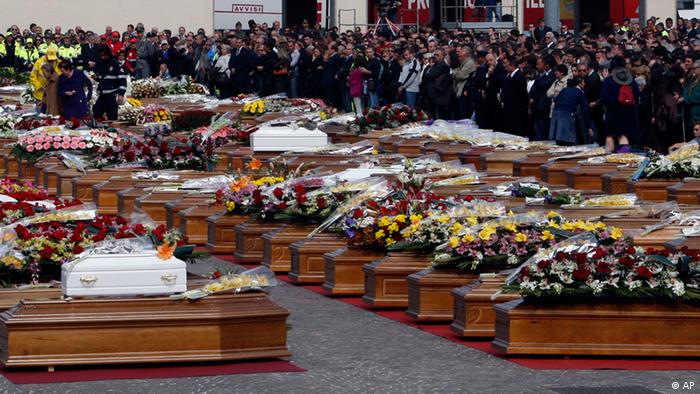 The USGS says most earthquake deaths are caused by collapsing buildings. More than 300 people died in L'Aquila in 2009

The US Geological Survey says housing in central Italy ranges from "vulnerable" to "earthquake resistant." Vulnerable buildings tend to be made of unreinforced brick with mud and mid-rise non-ductile concrete frames. In Japan, a company called Air Danshin Systems has been working on houses that levitate during earthquakes to make them more resistant to damage. The house sits on a deflated airbag. When it detects a quake, air is pumped into the airbag, lifting the house about 3 centimeters above its concrete foundation. The system has been described as "airbag" housing. Well, whatever works.

Rescue crews continue to search for survivors trapped under rubble a day after a strong quake hit central Italy. Although dozens have been pulled out alive, the death toll continues to rise. (25.08.2016)

A 6.2-magnitude earthquake has hit central Italy, killing at least 120 people. The worst-hit towns of Amatrice and Accumoli have been partially demolished. (24.08.2016)